When 1,500 workers in Calgary, Alberta struck in sympathy with the Winnipeg General Strike in May and June of 1919, it was the second major sympathetic strike in the city in a nine-month period. Class confrontation was on the rise in Cowtown.

The 1919 Calgary strike began on Monday, 26 May and lasted just over four weeks. In terms of the total number of work days lost due to the strike, it was the third largest work stoppage in Western Canada (after Winnipeg and Vancouver) and the largest strike in the city’s history. 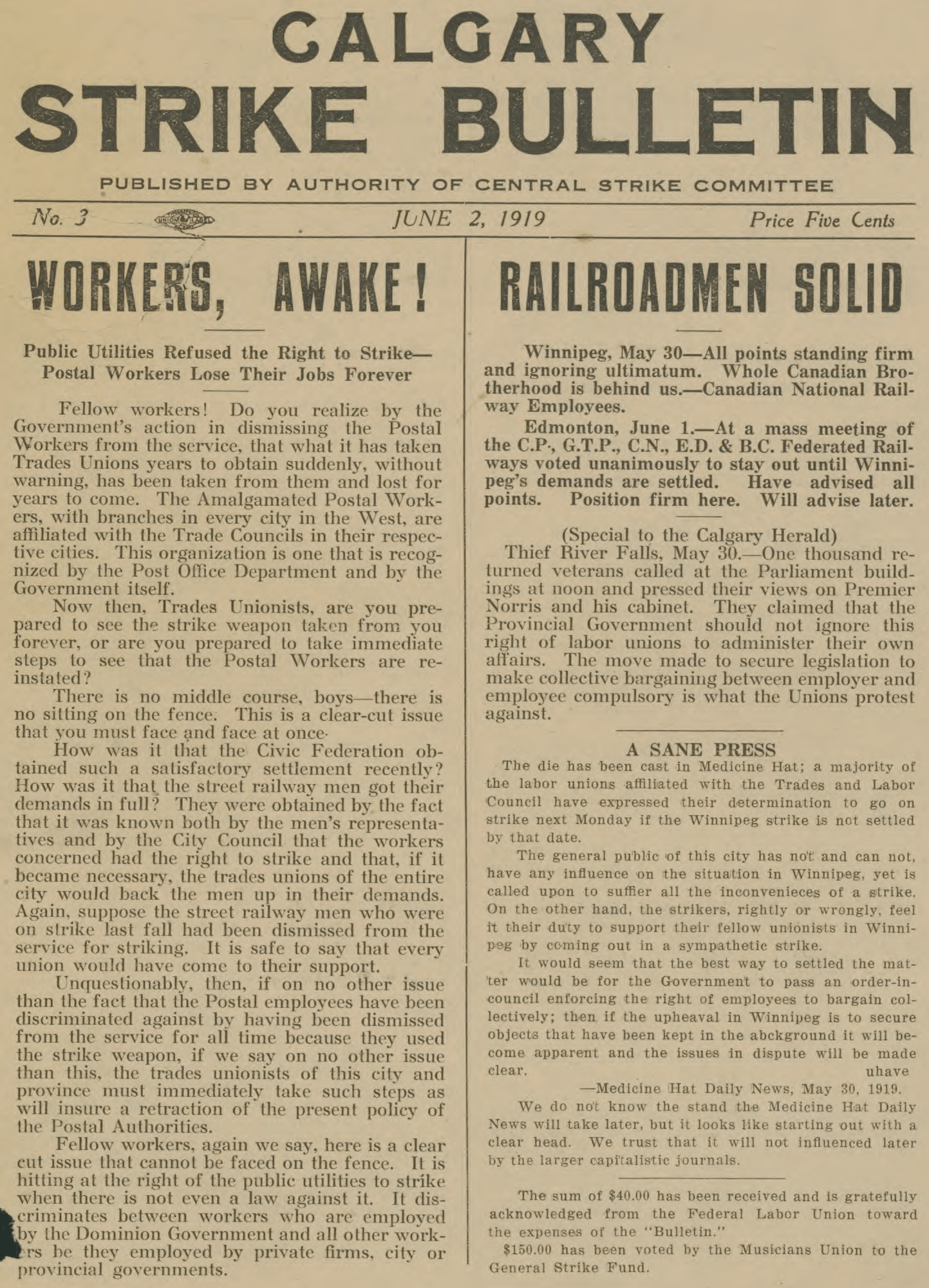 The 1919 sympathy strike was part of a wave of labour activism that occurred in Calgary after World War I. The year before, on 5 October 1918, machinists, pipefitters, blacksmiths, boilermakers, carmen, and electricians downed tools in solidarity with striking railway freight handlers. Other unions awaited the call to join them, and labour councils in other cities promised support. A week later, five strike leaders were arrested and the federal government threatened to enforce the power of newly enacted anti-strike legislation on participating unions. The strike committee responded by escalating the strike. On 19 October, streetcars were returned to the depot, shutting down a vital part of public transportation. Foreshadowing events of 1919, The Calgary Daily Herald called for the formation of a “citizens’ committee” to break the strike and obstruct the “volcano of class reign.”

On the one hand, concessions made to the freight handlers that ended the strike on 23 October showed Calgary workers the potential power of solidarity. On the other, trade union leaders in Calgary learned directly what repressive measures the state and capital were willing to deploy to defeat sympathetic strikes.

Six months later, on 13 March 1919, Calgary’s Labor Temple was the site of the Western Labor Conference where the idea to establish the One Big Union, “irrespective of nationality, sex or craft” was proposed. Only a few of Calgary’s unions ultimately voted in favour of the OBU, and Calgary’s delegates to the conference instead urged an electoral strategy. As machinist-delegate and city councillor, Andrew Broatch put it, “Bringing all workers within the fold of [the OBU] will not eliminate the fact that laws will still exist, and the chambers where the law is made will still be a part of our social life. When we call a general strike under this form of organization we leave the other man holding the strings of the bag.” 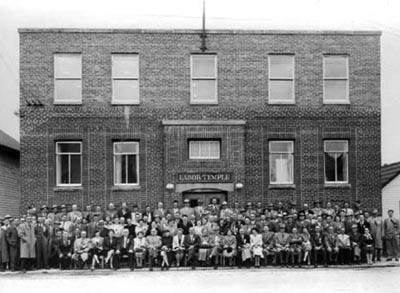 In spite of Calgary labour leaders’ suspicion about syndicalism, when the Winnipeg General Strike erupted, many Calgary unionists downed tools in sympathy.

On 25 May 1919, the day before the strike began, 25 of 74 Calgary union locals voted to strike in sympathy with workers in Winnipeg. As the strike progressed, the number of strikers fluctuated. Some workers walked off the job only to return a few days later, while others, like the bricklayers, masons, and plasterers union, voted to join the strike near the end. The strike also united workers from various backgrounds. At the railway roundhouse, Japanese Canadian wipers walked off the job with other railway workers.

Soon after the strike began, workers organized a strike committee to coordinate events and relay information. The committee produced a strike bulletin to provide updates and to counter the unsympathetic coverage the strike received in The Herald and other efforts to break the strike. 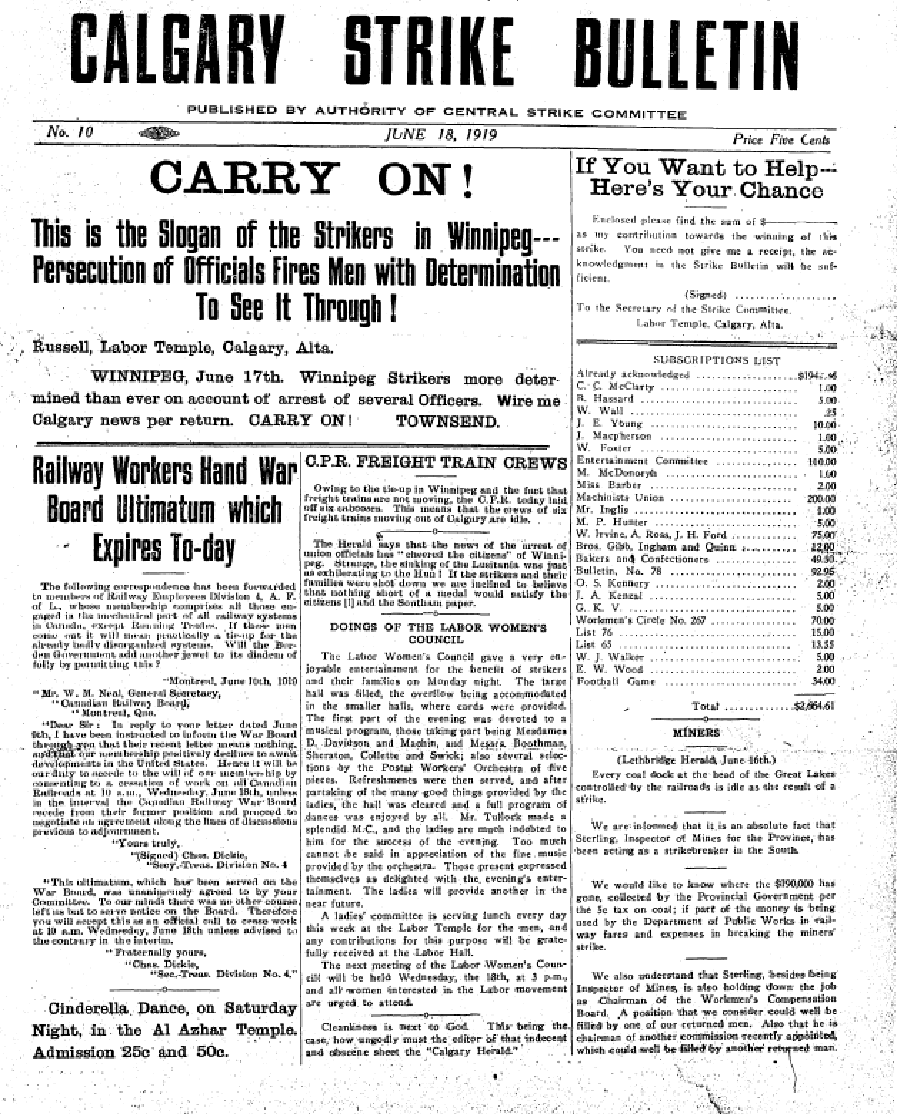 Throughout the strike, workers and their supporters organized events to bring people together and draw attention to labour issues. On several occasions, workers marched through the city accompanied by a band. They also held mass meetings in Mewata Park and St. George’s Island, where they listened to speeches by labour supporters, including socialist Bill Pritchard and Unitarian minister William Irvine.

Women played an active role in the Calgary strike, primarily through the Women’s Labor Council. Activists Jean McWilliam and Mary Corse established the council in spring 1919. 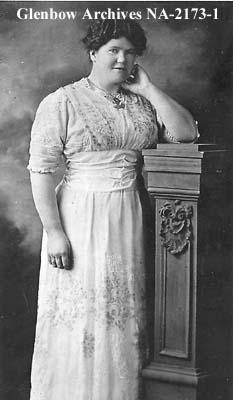 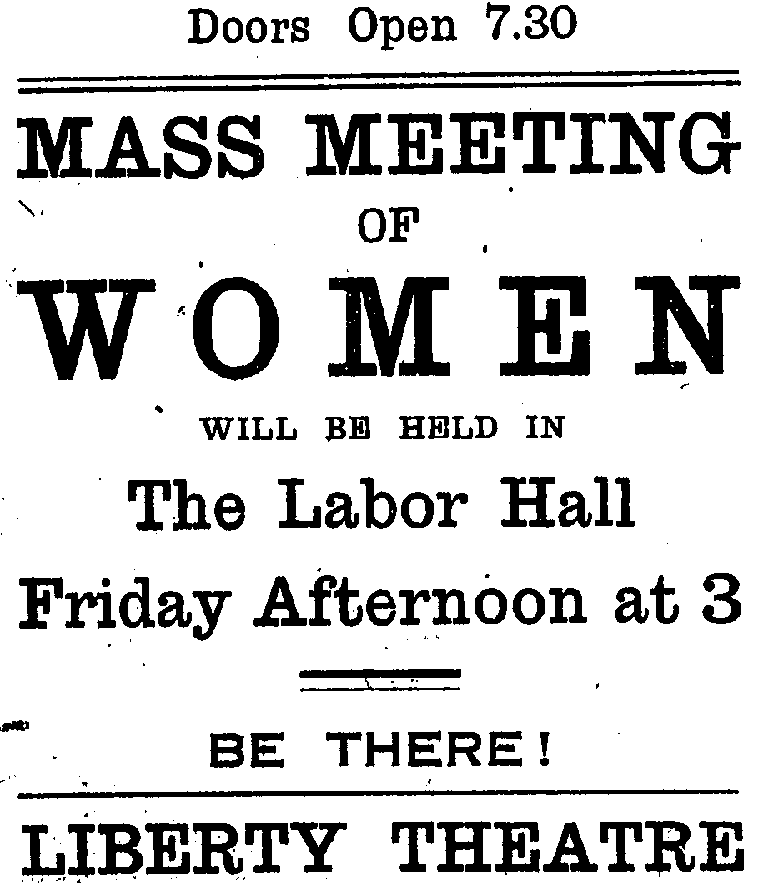 Many of the women involved had been active in the labour movement for years, supporting striking workers, participating in union auxiliaries, and serving as delegates on the Trades and Labor Council. Membership was open to union and non-union women workers as well as the wives and daughters of trade unionists.

The council provided crucial support during the strike. Soon after the strike began, council members formed the Calgary Defence Committee. They organized dances and lunches, to bring people together and boost the strikers’ morale, and they collected hundreds of dollars in donations, at times enduring abuse and threats of violence while doing so. Council members also put pressure on politicians and employers. Early in the strike, the council put together a petition calling for postal workers (who had been fired for walking off the job in solidarity) to be reinstated. They also passed and submitted to the post-master general a resolution demanding that the postal service stop hiring young workers as scabs.

Support from the Women’s Labor Council and other groups was crucial, especially after elites in Calgary formed their own “Citizens’ Committee” to defeat the strike. Strikers argued that the Committee’s wealthy businessmen were disconnected from the realities of working-class life in Calgary. They pointed out that members of the Committee could afford to pay $600 memberships at local golf clubs yet had the “gall to call a man a Bolshevist for asking for anything more than $56 a month in order to keep a wife and family in the bare necessities of life.”

The Herald sided with the Citizens’ Committee, writing that the strikers aimed to “substitute for democratically elected government the rule or dictation to the government of an industrial class. In brief, the issue is democracy versus Soviet rule, better known as Bolshevism.” 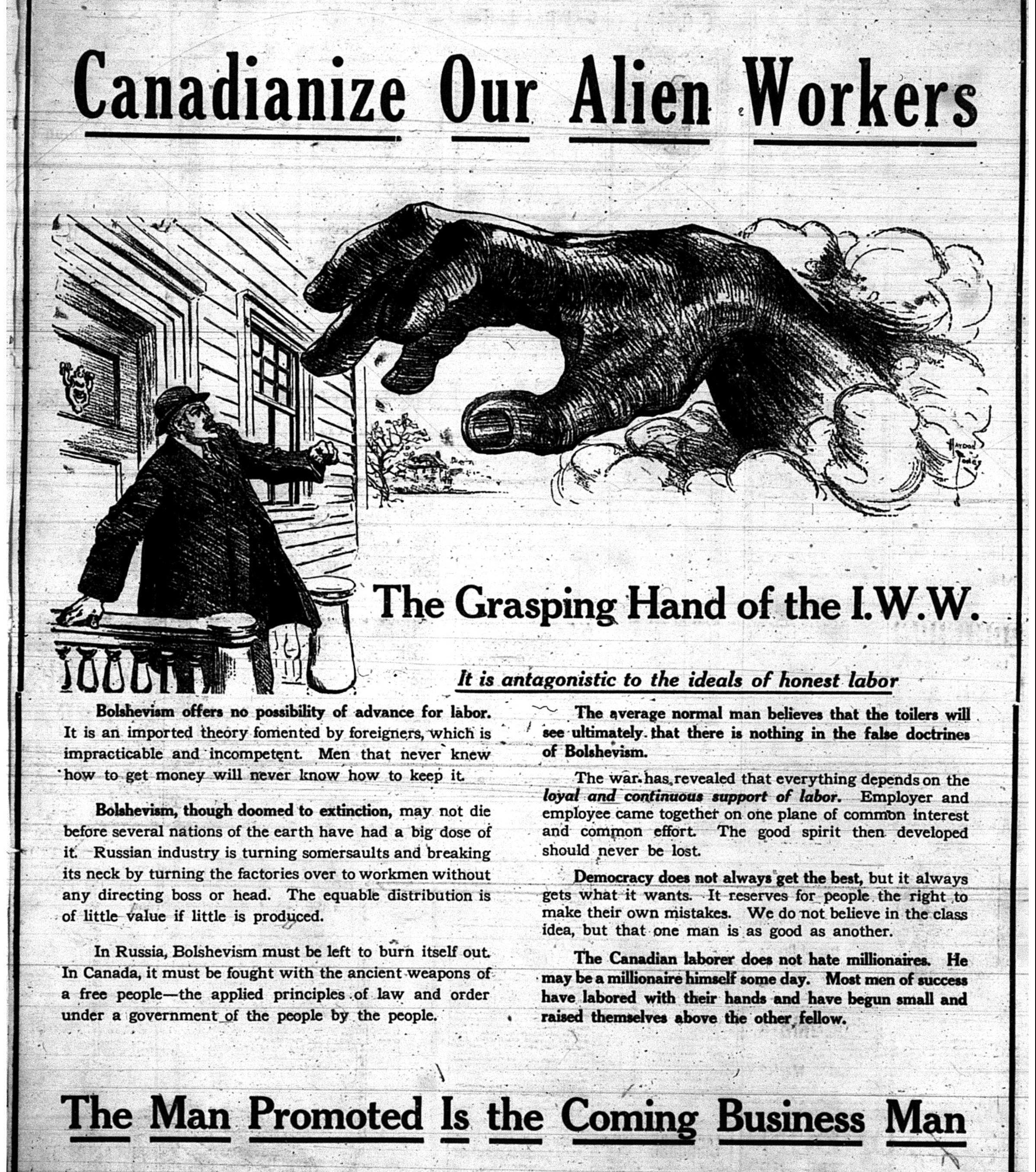 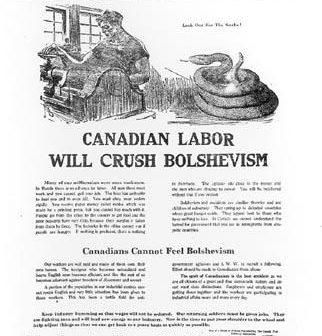 Unlike in Winnipeg, the Citizens’ Committee in Calgary did not resort to physical violence to break the strike. Nevertheless, the Committee worked closely with the Royal North-West Mounted Police, which carried out a series of raids on labour offices and the homes of strike leaders as an intimidation tactic after the strike had ended. A comical moment occurred when police raided the home of a socialist and later Calgary alderman, Robert Parkyn. Looking to confiscate socialist literature, police officers gathered up every book bound in red leather, including Parkyn’s Bible. “Read that and you’ll be a better Mountie,” Parkyn said. The Mountie dropped it in the bag and Parkyn never saw it or any of his other books again.

Kirk Niergarth is an Associate Professor at Mount Royal University.

One thought on “The Workers’ Revolt in Calgary”