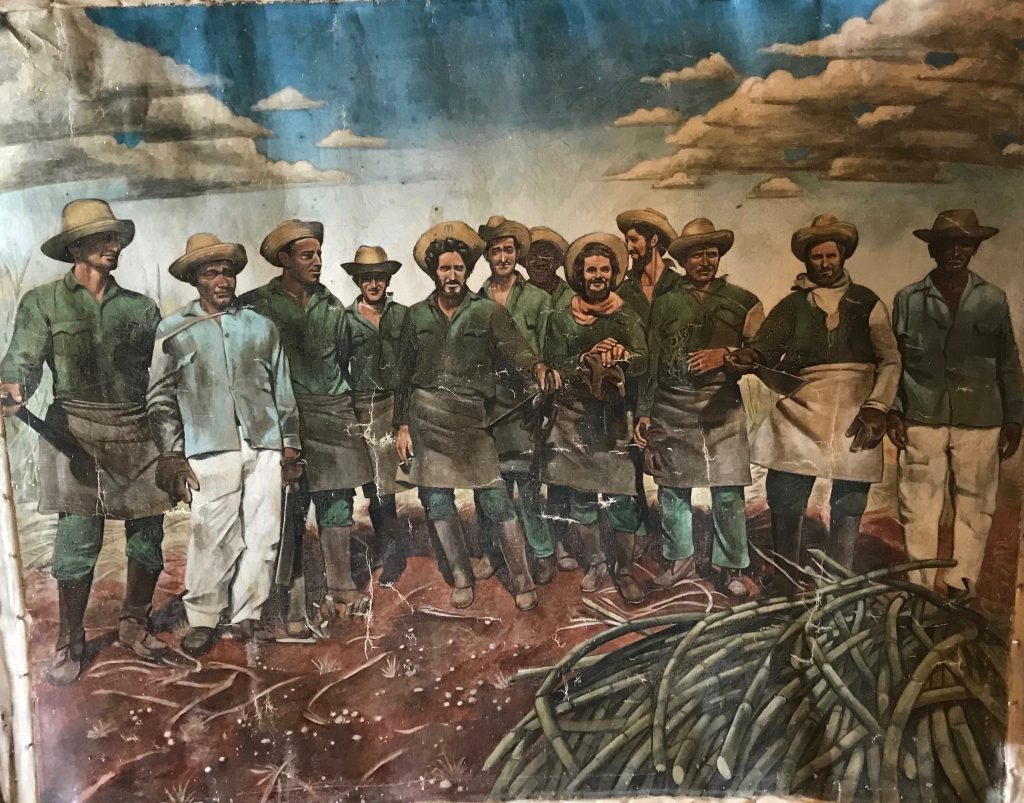 Harry Tanner died November 7 2019 at the age of 85. I’ve only known him a couple of years. However, I’ve known him his whole life. I knew his parents, his father a Bank of Nova Scotia manager stationed in Havana in the 1940s and 1950s, where Harry grew up. I know Harry’s excitement about life in 1960s Cuba, where he was involved from the very beginning with Cuba’s revolutionary new film world. Despite his middle class background, banker dad and Canadian passport, I knew he was inspired by the social changes and utopian possibilities of his time and place. I knew about his controversial decision to leave the Cuban film institute in 1970 to become an independent painter, something he had to go to court to win the right to do (Cuban authorities decided that without being affiliated with an institution he was a “vagrant.”) I know that Black Panther Huey Newton, in exile in Havana in the 1970s, spoke of Harry with a certain awe, as a rebel who fought for the right to be an independent artist in 1970s Cuba. I know the beauty of his extraordinary artistic productions:  his films are stories on celluloid, his paintings tell stories on canvas. I know some of his personal highs and lows. How he had to continually account for his decision to stay and participate in Cuban cultural life after most foreigners –including his parents of course – left after the 1959 revolution. I know how much that storied place and that fabled decade – Cuba in the 1960s – fuelled him, but I also know how frustrated he became with the institutionalization and bureaucratization of rebellion and creativity. I know how saddened he was by the end of his first marriage, to a Cuban actress with whom he shared a decade of cultural involvements, how thrilled he was when his beloved daughter was born. 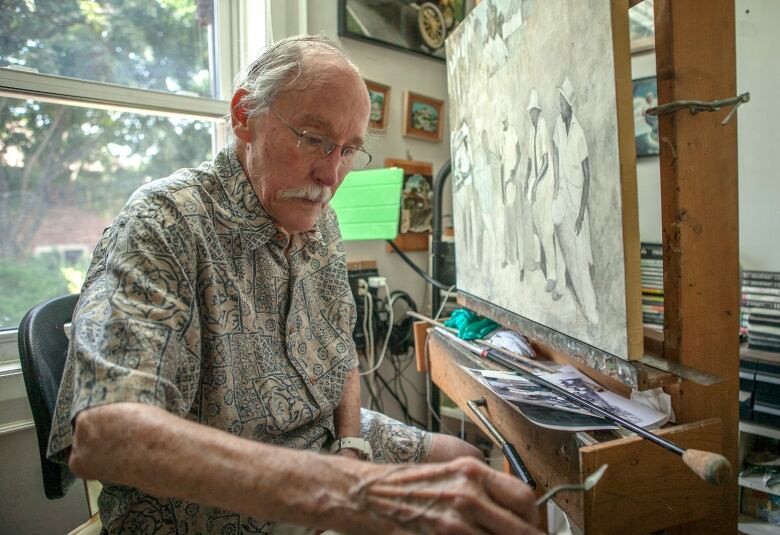 It is unusual indeed to know someone in historical time and in real time, simultaneously. Harry was my research subject who became, in a manner, a friend. I’ve interviewed Harry regularly since I first met him in the summer of 2017. I spoke with him in his home, as he was bedridden, in the hospital after a heart attack, and finally several times at his long-term care home in Kensington Market. I shared a couple of these moments with other researchers, Susan Lord and Cynthia Wright.  Gathered around his bedside in his midtown Toronto home, we joked with Harry that he was, for us, a live radio serial of Cuban cultural history, and indeed he was one of the best raconteurs I’ve ever known. I’ve been through his papers, including a steady stream correspondence from Havana to his mother in Toronto from 1961 until his return to Canada in 1984. In real time I spoke with his beloved partner of 31 years Becky Taylor, his daughter Harsyl who lives in Havana, and some of his many friends in Cuba and in Canada. I’ve watched most of his films, features and documentaries  – which include the majestic Soy Cuba (I am Cuba) a Soviet Cuban co-production from 1964, directed by the legendary Mikhail Kalatozov. My personal favourite however is the 6 minute Pepe Trinchero (Pepe Trench), a civil defence film about how to avoid US bombing by building trenches, a Cuban version of the American Duck and Cover genre with the enemies reversed. Pepe Trinchero manages to treat a terrifying topic with humour, which seems very Harry. Humour, not retrospective irony; though one can see just a bit of irony in the fact that Cubans entrusted civil defence preparation to two foreigners, Harry and another Australian filmmaker. 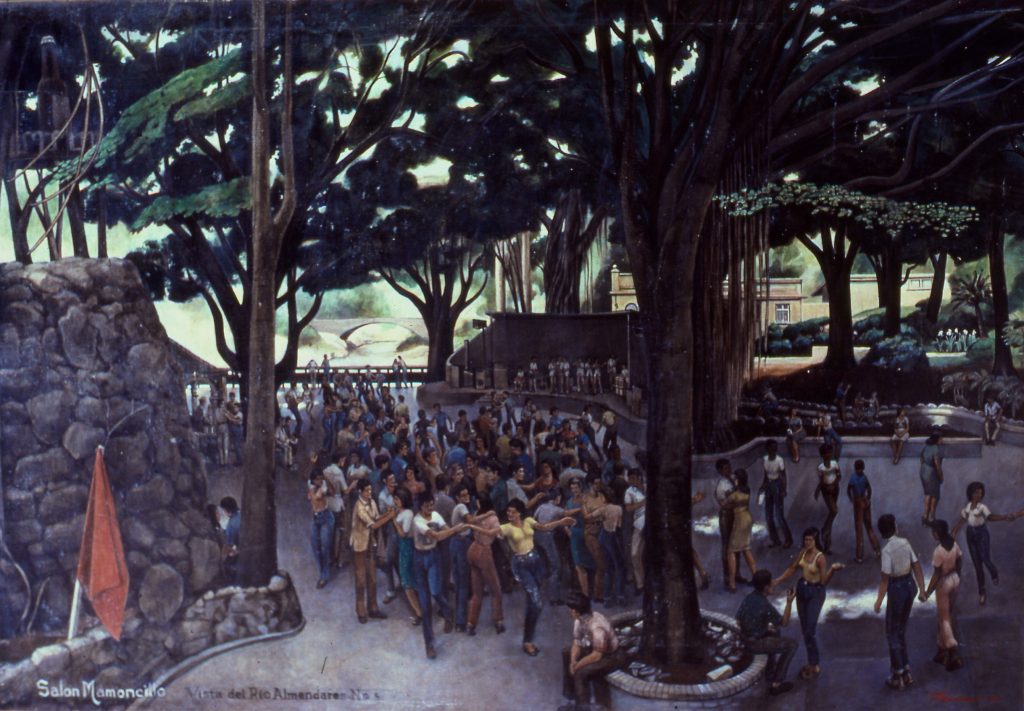 Salon Mamoncillo. In Cuba Dancing is a Way of Life 1984. Collection of United Auto Workers

Four days before he died I gave my first public presentation about Harry, at a conference on the 1960s counter culture, organized by Toronto’s Humber College. I told him I was going to be doing this a couple months before and he said “Good, maybe you all can figure out if I’m Cuban or Canadian.” Despite my hours of recorded interviews and my pages of correspondence and other documents, I know I have just scratched the surface of Harry’s well-lived life.  I’ll continue writing and thinking about him. But now he exists only in historical time, and I am despondent.

Some of Harry’s paintings are available for viewing at https://harrytannerartist.com