Active History is celebrating its tenth anniversary! As part of our anniversary celebrations we are sharing glimpses of how Active History developed and showcasing our favourite and most popular posts from the past ten years. Today is our last re-post and we’re looking back at 2018.

In 2018 we launched the Beyond the Lecture series (still open to submissions!) and we published two open access ebooks, Confronting Canadian Migration History and Beyond The Lecture: Innovations in Teaching Canadian History. Also in 2018, Sean Graham launched the new History Chats podcast channel which features a number of fantastic recorded talks. In 2018 also we hosted a number of series including: Plains Injustice, The Spanish Flu,and Lost Stories.

It was tough picking a post to reshare from 2018 – there were a number of really great, thoughtful, and timely posts. We ultimately decided on re-sharing Tom Hooper’s “The Police Records of a Bath Raid Found-In: Excluded from Bill C-66.” 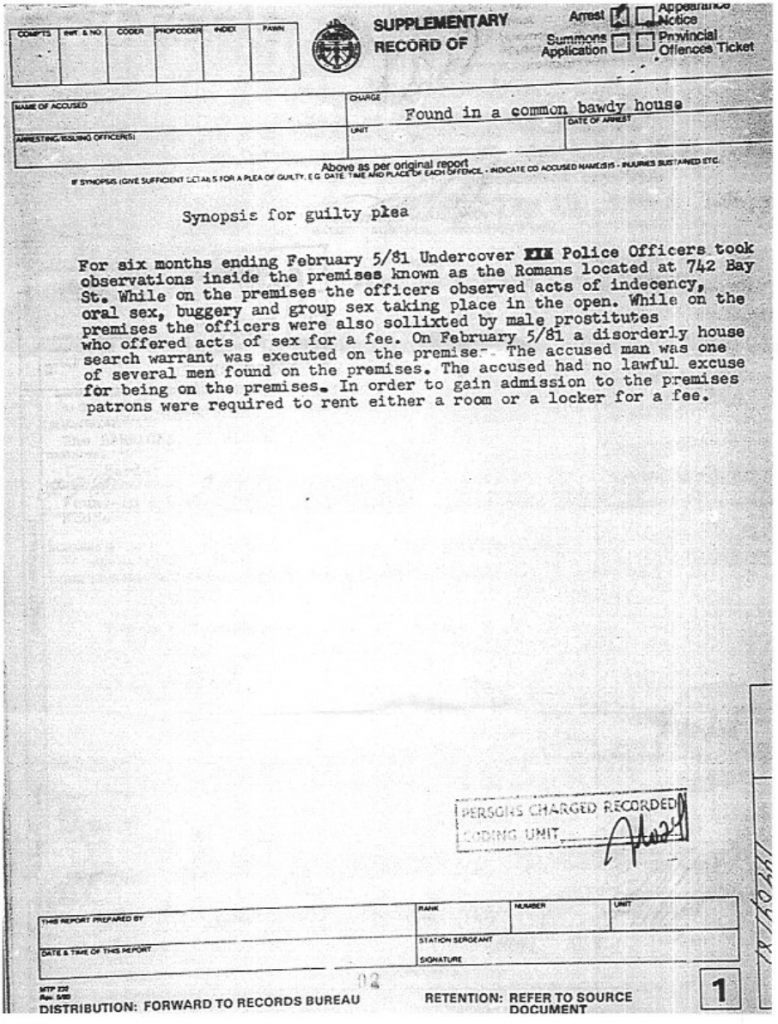