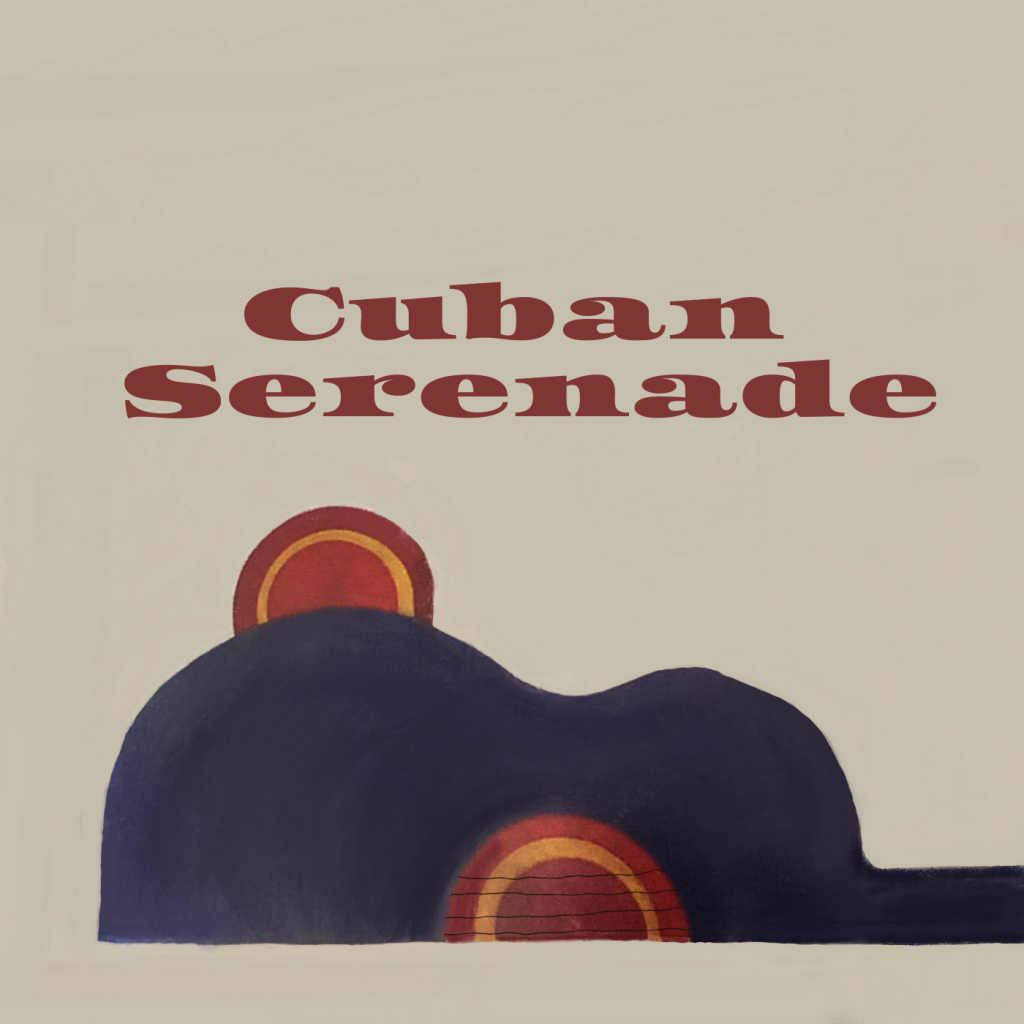 “Writing about music is like dancing about architecture.” Origin debatable.

In the face of this indisputable cliché, we created a documentary podcast series. The first episode of Cuban Serenade premieres today (July 2), the birthdate of our first protagonist, Chicho Valle (1924-1984). Chicho was, we believe, the first professional Cuban musician in Canada. He arrived in Toronto in 1946 to host a CBC radio program Latin American Serenade. He spent the next four decades popularizing Cuban and Latin American music in Canada: on TV and radio, as well as on the dancefloors of swanky Toronto and area hotels and lounges. He produced three albums, he was musical director for the Four Seasons Hotel chain in Canada, and later in his career, he ran a successful booking agency. He endured patronizing attempts at humour about his accent and his fast-paced (for the time) musical stylings but got his own back singing in Spanish (occasionally with what would have been considered, if anyone understood them, risqué lyrics), on the national airwaves. Like another Caribbean CBC personality of the same era, Trinidadian Calypso singer Rufus Callender (“Lord Caresser”), Chicho Valle’s presence raises important questions about Canadian musical tastes and trends in the mid twentieth century, and the racial hierarchies that shaped them. For all its past and present popularity, Cuban or Latin American music has not been subject of much attention by historians or other scholars in Canada. 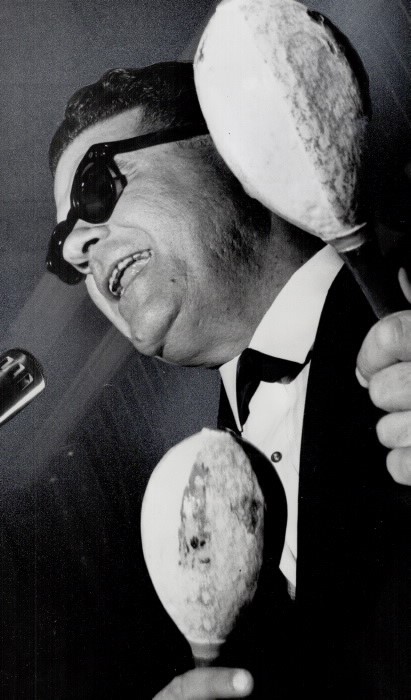 Cuban music specialist Dr. Brigido Galvan, who we feature in the documentary, notes that Chicho introduced Cuba’s famously rich musical heritage to Canadian audiences but also, importantly, to Canadian musicians as well. His band, Chicho Valle y Los Cubanos, contained precisely one Cuban: him. Cuban music without Cubans, that must have been a tough gig. A very different music world exists in Canada today, in which Cubans of several generations join Latinos from Brazil, Colombia, Mexico and many other countries to record and perform. Toronto is just one of many cities and towns in which Cuban musicians now make their home, have careers, win awards. Our first episode of Cuban Serenade includes a beautiful tribute to Chicho, recorded especially for the program, by Toronto based Cuban musicians Magdelys Savigne and Elizabeth Rodriguez; two young women who are the leaders of the Juno nominated group OKAN. In future episodes we’ll explore the evolution of Cuban music after Chicho’s time, to try to capture the variety of sounds and genres that have influenced generations of listeners in Canada. 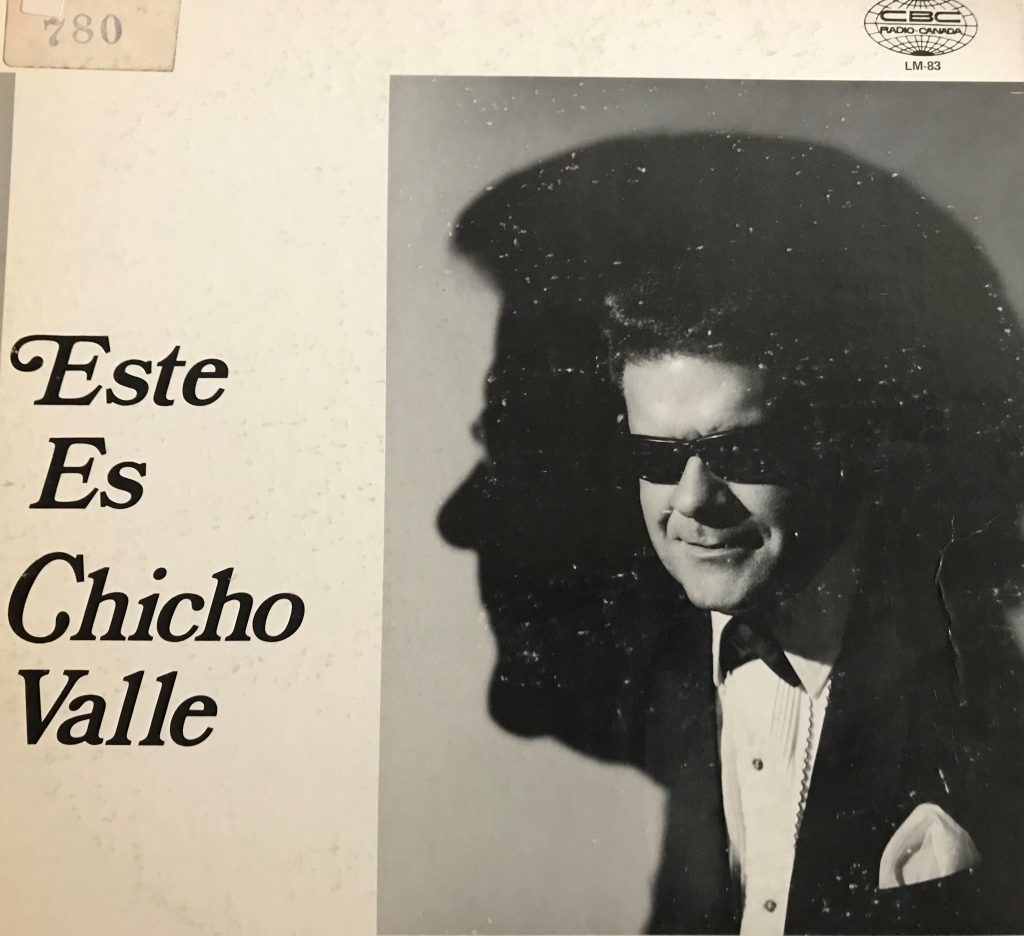 Musical topics lend themselves well to the radio or podcast documentary form. Some of the research about Chicho Valle, for example, came from audio recordings of his CBC radio appearances; how wonderful to be able to hear and broadcast, not just read, one’s primary sources. And then of course there is all that music. But recording one’s research, (whether in addition to or instead of writing it) requires different skills, equipment, and most definitely a different framework than academic researchers are trained at and accustomed to. We’re still figuring it out, and happy to contribute our efforts to continuing the work that Chicho Valle started decades ago.

Karen Dubinsky teaches in the departments of Global Development Studies and History at Queen’s University. Her current research is on Canadian-Cuban relations in the cultural, non-governmental and people-to-people realms. Reach her at Dubinsky@queensu.ca or @DubinskyKaren.

Freddy Monasterio is a music curator, manager and scholar based in Toronto. He completed a PhD in Cultural Studies at Queen’s University (2018), focusing on independent music production in Havana. As a manager with the music agency Made With Pencil Crayons, he has supported the careers of several Cuban and Canadian artists such as Battle of Santiago, Digging Roots and Telmary Diaz. He is currently collaborating with the non-profit music presenter Trade Routes in the development of two projects: the Nomadic Sound concert series and the Cross-Border Presenting Network. Reach him at freddy.monasterio@gmail.com.