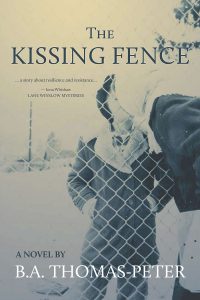 New Denver is a small town in southeastern British Columbia. With its population of around 500 along the shores of Slocan Lake, the community attracts people looking to escape urban centres in search of nature. In addition to the campsites and trails listed among the village’s attractions, it is also home to Nikkei Internment Memorial Centre, a National Historic Site dedicated to telling the stories and preserving the artifacts associated with the internment of over 22,000 Japanese Canadians during the Second World War.

In the 1950s, the New Denver sanitarium, which is where thousands of Japanese Canadians were interned, was again housing people who had been forcibly removed from their homes. This time, however, it was hundreds of Doukhobor children of the Sons of Freedom. Taken from their parents, they were placed into public schools while nights and weekends were spent in the sanitarium, which now served as their dormitory. Parents could go to see their children 2 Sundays a month, but were only allowed to visit through a chain link fence.

This is the subject The Kissing Fence by Brian Thomas-Peter. A historical fiction, the book follows two main characters. In 2018, William, who has rejected his Doukhobor heritage, suffers significant injuries in a biking accident, the first in a series of events that throws his life into disarray. In the 1950s, Pavel and Nina have been separated from their families and are struggling with life in the sanitarium. Unable to speak their first language, they focus on protecting younger children from the poor treatment to which they were subjected. As the two stories converge, the book explores how inter-generational trauma can shape family relationships and lead us to question our identity and place within our communities.

In this episode of the History Slam, I talk with Brian Thomas-Peter about the book. We talk about his interviews with survivors, the legacy of internment within the local B.C. and Doukhobor communities, and the importance of telling difficult stories. We also talk about conveying forgotten stories through historical fiction, finding humanity in the past, and the damage caused by inter-generational trauma.