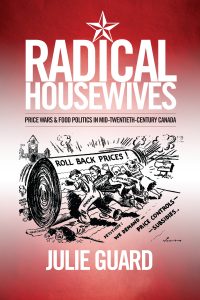 The connection between political identity and consumer habits has received plenty of attention in recent years. I’ve wondered how much the landmark 2010 Citizens United Supreme Court decision in the United States, which determined that limiting independent political spending from corporations and other groups violated the First Amendment, has renewed interest in how individuals can use their role as consumer to voice to their political views. In a world where “Your Vote Almost Certainly Won’t Matter” is a real headline in a national newspaper, it is understandable that more and more people are exploring the impact of voting with their wallet.

The idea of political consumerism is not new, of course, as there have always been individuals and groups who have decided where to spend their money based on political motivations. During the ‘Jazz Age’ of the 1920s, for instance, plenty of consumers focused their energy on supporting the public good with their purchases. Over a decade later, Canada saw the emergence of community-based organizations that advocated for policies like price control.

This is the subject of Julie Guard’s book Radical Housewives: Price Wars and Food Politics in Mid-Twentieth Century Canada. Guard describes the Housewives Consumer Association and its local off-shoots as they pressured the government to implement policies and programs that provided greater protection to consumers. Leveraging their social position as mothers, the women who participated in this movement worked to popularize socialist economic policies. In tracing the movement from the late 1930s through the early 1950s, Guard demonstrates how the group used political consumerism and politicized materialism to navigate the changing social, political, and economic landscape of the mid-20th century.

In this episode of the History Slam, I talk with Professor Guard about the book. We talk about the creation of the Housewives Consumer Association, who its members were, and what types of pressure they put on the government. We also discuss how public perception of them changed across the decades, the efficacy of political consumerism, and how these women’s stories can inform contemporary political discussions.