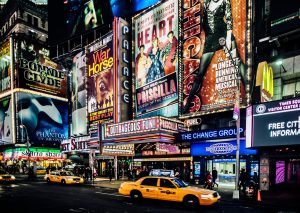 In what has been a most challenging year, any moments of fun and joy have been incredibly valuable. For me, musical soundtracks have offered a great respite from the real world. Not only can they offer some upbeat music and positive messages, but since most of them are about an hour long, they’re great for the work day. Once you get to the end of a soundtrack, it’s a reminder to get up and move around and take a short break. This year I learned that a lot of my colleagues at Parks Canada feel similarly about musical theatre, which has led to plenty of discussion and debate about the relative qualities of musicals.

In this episode of the History Slam, I talk with historians Mikaela Gallinger, Lilia Lockwood, Stephen Smith, and Phoebe Mannell about their favourite musicals. Each person identifies their favourite show and talks about what they like in a musical. We also look forward to 2021 and talk about what we hope to see when theatres re-open. Plus, as an added bonus, I talk with my Mom about her favourite show and what she is looking forward to in the new year.