Black baseball clubs came into being across the Maritimes as early as the 1880s. Professor Colin Howell of Saint Mary’s University took a close look at their formation in his seminal work on sport history, Northern Sandlots: A Social History of Maritime Baseball, published in 1995. The evidence of Black baseball teams forming in Fredericton specifically, however, is sketchy.

Although mention of “colored” teams appearing in Woodstock and Saint John is reported in the Daily Gleanerand Saint John Daily Telegraph in the 1880s with passing reference to the Woodstock Wanderers, Saint John Royals, and the Ralph Waldo Emerson Colored Baseball Club, there are few comments about the players themselves.[1]

Black baseball team existence is given notice in the capital city in the Spring of 1889. Although it appears to be a very informal arrangement, the headline, “The Colored Club of Fredericton,” in the Saint John Daily Telegraph gives a glimpse into this chapter of Black history.[2] In the article, a public challenge between Fredericton and Saint John offers some of the earliest clues to the formation of organized baseball among Black community members in the province.

This is not the case for the formation of the Celestials Colored Baseball Club, more commonly known as the Celestial Colored Nine. On 31 May 1890, a special meeting was called by George O’Ree at the YMCA Colored Association rooms in Barker House Alley to organize a team with Boyd Hamilton as manager.[3] 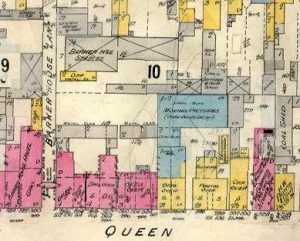 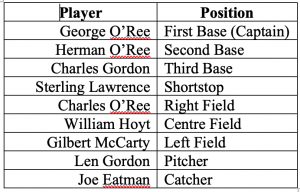 The impetus for the group to organize a team may stem from their companionship as members of a well-known entertainment group formed in the 1880s: the Celestial Minstrels. This name was adapted from Fredericton’s nickname, the Celestial City. Every member of this group with the exception of Charlie Francis (the oldest member and uncle to George and Charles O’Ree) was also a founding member of the baseball club.[4]

By combining newspaper accounts and genealogical research, a more complete picture emerges of the players, their relationships, and the times they lived in. With the report in the Gleaner on 6 June, the Celestials began practice on the flats along the river and seek to play an early match with “a colored team from St. John” or Woodstock. Colored teams only played other colored teams. Official challenges to another team were published in the local papers to encourage interest and bragging rights. On average, the winner might pocket a $10 purse.[5]

In the press, the most notable player was Joe Eatman. “The crack catcher, [who] has lost none of his activity or strength,” a 6 July issue declared that it “was worth walking some distance to see the playing of Joe Eatman alone.”[6]

Joseph M. Eatman was the son of Harry and Charlotte (nee McIntyre), born at Elm Hill, Queens County on 16 September 1865.  When he joined the team in 1890, he was twenty-five, in his prime, and came from a family known for its physical strength.[7] A few years later, Joe carried that strength into the ring. Over a five-year period, Eatman became undisputed middleweight champion in the city. Unfortunately, his sports career was cut short in July 1906. He mysteriously drowned in the river near the steamboat wharf by the old wooden Carleton Street bridge at forty years old.[8]

George Havelock O’Ree and Charles William O’Ree were sons of William and Hannah (nee Francis) O’Ree. Born into a family of four boys and three girls, they grew up in Kingsclear Parish, York County. The elder brother Charles was born there on 7 November 1866; three years later, George arrived on 22 May 1869.[9] Like many other farming families outside of Fredericton, younger members moved into the urban areas for better economic opportunities by the mid-1880s. As evidenced in the 1891 census, they lived primarily in the downtown plat.[10]Cousin to George and Charles, Herman O’Ree was born in 1868 near Mactaquac Heights to William and Nancy (nee Watters) O’Ree.[11]

Born 1 April 1860 in Fredericton, Charles Gordon was the son of Francis and Elizabeth (nee Cox) Gordon. They lived at Morrison’s Mills located below today’s Princess Margaret Bridge, where many people worked in the riverside saw and shingle mills. Charles’ younger brother, Leonard, was born 28 December 1868 in the city and worked at Morrison’s Mills.[12]

Boyd Henry Hamilton acted as manager to organize practices and challenge other teams. Born 25 February 1861 in Saint John, he was the son of Howard D. and Mary Catherine (nee Francis) Hamilton. Of the nine players, five had married by the time the team organized their first game on 1 July 1890. Boyd Hamilton was also married.[13]

The Celestial Nine went up against a team from Morrison’s Mills called the Fearnaughts for their first game. Playing on the flats near the river, the Celestials won 33 to 28. That first summer, games were arranged with the Woodstock Wanderers, the Ralph Waldo Emerson Colored Baseball Club from Saint John, and more games with the Fearnaughts. Some of these games were played at the Fredericton Park Association grounds on Smythe Street while other games were held at Scully’s Grove situated off Regent Street near Queen Square. The latter was frequently used for football and cricket matches by townsfolk; it also served as a popular site for social picnics and festivals.[14] 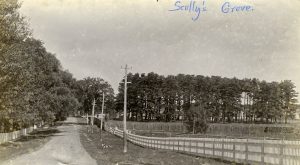 In the 1891 season, the Celestials were feeling much stronger and announced their wish to take on “any amateur darks in the Maritime Provinces.” They specifically mentioned challenges going out to the Victorias of Halifax and the Royals in Saint John. Eatman expressed their only fear that the Victorias would attempt to inject “a professional battery” like Vickery from Truro. As he said, Vickery “‘can curve a ball around a barrel.” Scheduled but not reported was a game to be played in August against another Black team, the Amherst Royals.[15]

The Celestials appear to have continued through the next six seasons, but organizing games were fraught with scheduling difficulties. As late as May 1897, Eatman was contacted by the Woodstock Wanderers when they showed up unexpectedly in the city for a game. Receiving no advance warning, he dismissed their request by saying “he never heard they could play ball anyway.”[16]

Whether the Celestials survived in name after 1900 is difficult to determine from the newspaper coverage of the period. Born in Willow Grove near Saint John in 1869 to Robert and Elizabeth Kennedy, we do know that John Edward Kennedy moved to Fredericton where he took up an interest in baseball. Married first to Roseanna Cooper at Willow Grove on 29 September 1892, he moved to the capital city after their separation. By 1904, he was remarried to Matilda Wheary who died unexpectedly at their home on Smythe Street in 1909. In 1911, he wed Alice (nee Howe) O’Ree.[17]

In 1906, John Kennedy’s team played two games against a Black baseball team from Saint John in Fredericton. It is not known whether the Saint John group were members of the Royals. Nor do we know if this Fredericton contingent is a continuation of the Celestials started by George O’Ree. Kennedy’s home team lost both games 16 to 8 and 10 to 3. The Daily Gleaner did observe with obvious tongue-in-cheek that “the umpire escaped without being disfigured or having to call for the police.”[18] Most of the Fredericton players lived in the Morrison/Victoria Mills area of the city on Lincoln Road. They could be remnants of the earlier Fearnaughts that played the Celestials. 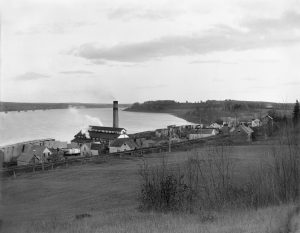 Members from both teams may be able to be verified from family records and throw more light on the participation of Black baseball clubs in the province. The tradition in baseball started by the Celestials was perpetuated by Charles O’Ree and George O’Ree. Respectively grandfather and great uncle to Willie O’Ree, who would take up the bat at a young age and go on to win many hockey honours in the years to come.