This is the eighth in a series, “History En Vélo,” about cycling and thinking historically, shared with NiCHE. 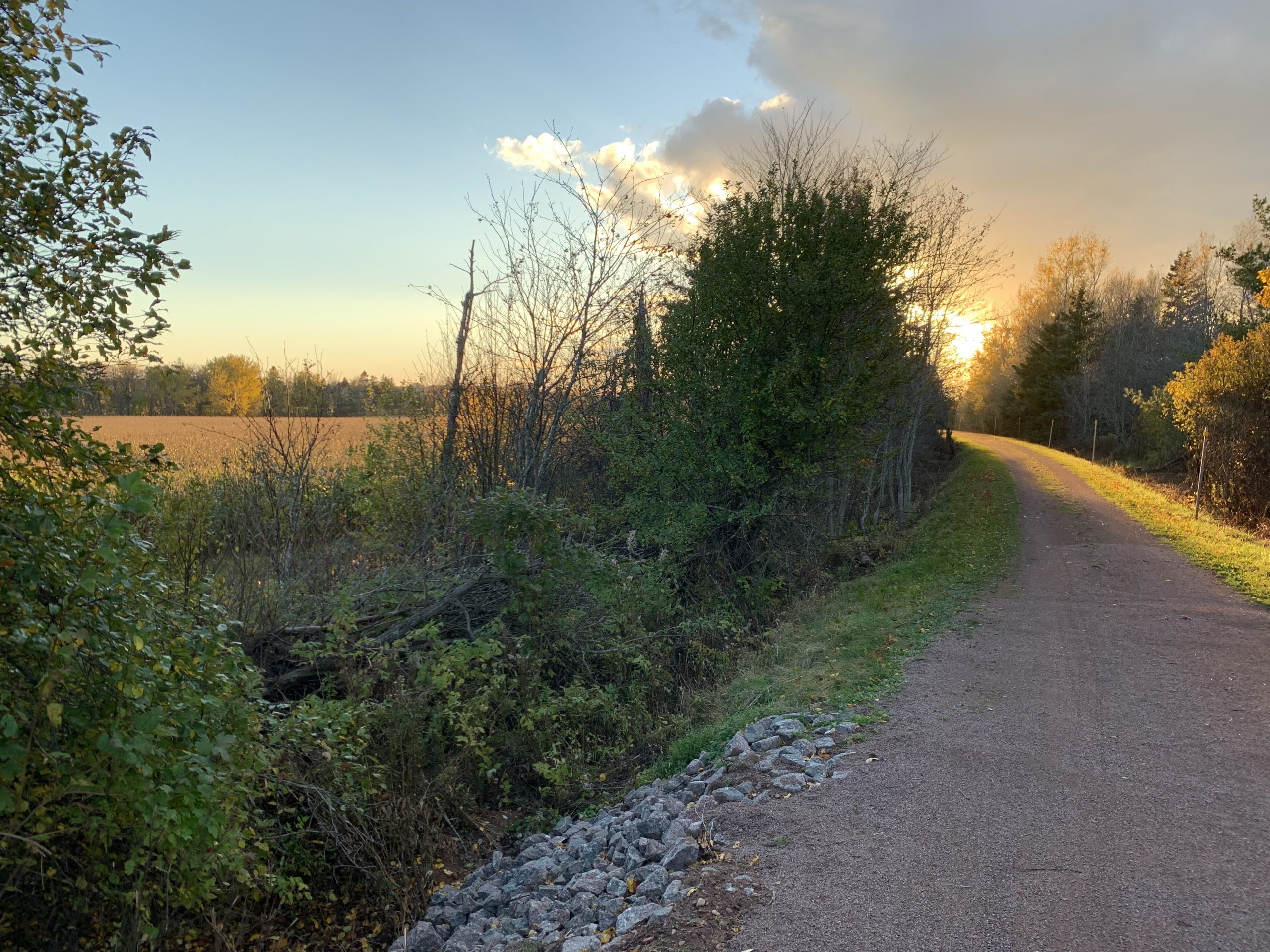 I’m not sure I belong in this series on cycling and its connections to academic thinking. I am nothing more than a stubborn bike commuter. I’m not a racer, club member, gearhead, or aficionado of any kind. I don’t care if anyone sees my bikes (they’re beaters) or sees me on my bike (my outfits never match). I’ve never worn Lycra. OK, let me rephrase that. Everyone over the age of 30 wears some Lycra; I just don’t wear any visibly. I don’t talk much about biking either. The topic is often dull to the cycle-hesitant and pharisaic to the cycle-adverse. To be clear, I love cycling. It’s the best part of my day. I love how it clears my mind, how it changes the way I see the environments I study, and how it gets me to work. But I try to follow a different approach when spreading the gospel of gearshifting: I just ride. I ride a lot, I enjoy the benefits it brings, and I occasionally bring someone new along. This post shares my brief experience as a cyclist and the surprising lesson cycling taught me about the history of land use and energy transitions on Prince Edward Island.

I’m a relatively recent convert to cycling. I knew very little about it until about 10 years ago. That was when a friend who had moved to PEI brought me and a second bike along to the Island’s new “Alpine” trails. He was from British Columbia, of course, and found our rolling hills very cute. Between his lessons and a taste of riding a good bike, I was getting hooked. But at that time I was mainly looking for something else from bikes. I had recently completed a PhD on rural and environmental history, so naturally I was looking for a cheap and low-emission way to get around as I searched for work. I was aware of the tensions between cyclists and motorists, and I understood the incompatibility of car-based infrastructure and the desire for cheap, low-emission transportation. However, the best argument for cycling came from Mr. Money Mustache, a humorous financial blogger who called bikes automatic life-balancing machines. Using a bike for as much of your commuting and shopping as possible keeps your communities local, your transportation bills down, your emissions low, and your heart rate up. That was reason enough, but like everyone else writing in this series, I also discovered new ways of understanding rural and urban landscapes, and new ways of teaching the environmental history of my neighbourhoods.

This is what keeps me stubbornly commuting to work. Between my PhD in early 2010 and today, I’ve been fortunate to find work at UPEI, Western, Saskatchewan, Arizona State, and now UPEI, again. I have bought exactly zero semesters of parking passes from any of those universities. My wife and I have fought the urge to get a second vehicle, or to “put another one on the road” as they say in PEI. It’s a challenge with a busy and relatively large family. It means we run a house with exactly 0.16 cars per person. Our bike fleet fluctuates, but it is usually closer to 1.5 bikes per family member.

This lifestyle allows the stubborn commuter to spend a little more on bike gear than, say, the occasional rider’s budget, but even still the costs are minimal compared to owning more cars. Bike components and quality matter, but for commuting my list of essential “gear” is quite short: a helmet, rechargeable lights, and a waterproof pannier bag with a rack and a laptop sleeve. The list changed over time — I needed more bike locks when I was a junior postdoc without an office; I need more padding now that I’m older. The list also changed dramatically depending on my geography. In Arizona you don’t bike anywhere without water, especially in the summer. In the Saskatoon winter, you don’t bike anywhere without face coverings and thick gloves.

As a stubborn commuter, I am far less intrepid than die-hard cyclists. If you were to map my cycling “home range,” 99% of my activity would be relatively repetitive circles traveled on my old steel frame mountain bike and a relatively short (7 Km) back-and-forth pathway from my house to work on this old hybrid.

My unimaginative cycling is not for lack of inspiration from my local environments and local histories. On the contrary, my commute follows a small segment of a large rails-to-trails network across one of the most beautiful coastal environments in Canada. Most of those repetitive circles were pedaled on mountain bikes in the Sonoran Desert in Arizona and, more recently, on the emerging mountain bike trail systems through the gorgeous Acadian Forest hardwood regions here in Atlantic Canada. I just don’t have a lot of time or energy for finding new ones at the moment. These loops are low-risk, easy access, and completely free places to get outside and on two wheels. They also provide my daily exercise, nature bath, mental health break, and time with friends and family. During the pandemic I got my kids and some of their friends worked up to looping around those same circles, and they’ve already started to explore some of the hundreds of kilometers of new trails. I hope someday they will be the ones taking me along on riding adventures.

Biking with kids and commuting down the rail-trail was what revealed an important lesson about PEI’s energy history. Their childhood will be a bit different than mine was. I grew up in the 1980s in a completely motorized rural world. My bike’s home range was the 200 meters in front of my house and around the barns, and only in the rare weather that produces ideal conditions on PEI’s red dirt roads. I grew up thinking engines were the norm. I thought they had always been there (except for some murky time in the past when people rode horses), and I assumed that they would always be there.

In that rural environment you couldn’t walk to any amenity. From my farm, the elementary school was > 6Km, intermediate school > 25 Km, my first summer job > 16 Km, the “corner” store > 6 Km, and the grocery store > 28 Km. Even if a young Islander could walk or bike these distances the transportation infrastructure wouldn’t allow it. My driveway was shale. My road was coarse gravel. My highway was a thin strip of pavement, just wide enough for cars and trucks to accelerate to higher speeds every generation. The shoulder was a place of distress, disrepair, and all too often, death. To this day, Islanders will stop and ask pedestrians if they need a lift or a tow truck. Cars were essential. Pedestrians were in jeopardy.

As a historian I was surprised to learn that this wasn’t always the case. The ubiquity of internal combustion engines, and the long distances we traverse atop them, was a very recent development. In the 1970s the pavement was still wet on most of PEI’s rural roads, although the central highway had been paved since mid-century. Many of the smaller routes are still red dirt roads. More important, horses remained critical to agricultural and even to some residential transportation until the late 1950s. Between 1901-1951 Island farmers held about 30,000 horses, or consistently around 2.3 horses per farm. Horses plummeted to 7,867 in 1961, but it was only in 1966 that the number dropped to less than 1 per farm. Similarly, the distance from most rural homes to the nearest amenity was much shorter. School consolidation and the disappearance of the rural one-room schoolhouse occurred in the 1960s and 1970s. Small town general stores, post offices, churches, and service stations disappeared around the same time. To me that suddenly seemed quite recent; only a generation earlier, rural PEI sounded much more walkable than mine (uphill, both ways, no doubt).

Transportation was almost always “active transportation,” and Islanders knew their landscapes in ways not unlike the modern bike commuter. For most of its history this has been a self-propelled, or at least an animal-propelled province. So why was it that a self-propelled island was so hard to navigate without fossil fuels in the late twentieth century and even today? In some ways the answer involves the technological momentum of automobility and suburban development. In other ways the answer is psychological. Most people think they simply can’t do things that they actually can. For more excellent thoughts about ways we can help change attitudes about mobility and active transportation see Peter Rukavina’s blog posts on the topic, including a talk he gave at a workshop we organized: The Government That Swallowed a Pond (Using Open Data and GIS to Inform Policy and Influence Behaviour).

As I bike to work on the beautiful rail-trail, I’m always struck by how easy it is and yet how few people actually use it. I meet the occasional retiree walking or an individual cyclist time-trialing, but based on my rudimentary reading of tire tracks, I’m often the only person “commuting” into Charlottetown to work. One solitary suburban commuter. The reasons for this are partly historical. Trains were designed to travel where people did not live, and residential developers tend to avoid the industrial rail corridors. I have led student field trips along this corridor, both in downtown Charlottetown and out at the rural-urban interface of “Royalty Junction.” I ask students to think about why the trail is so level (they get that one quickly) and why the engineers built the route where they did. That one takes more work, but it’s easier with a close reading of topographic maps. Here’s a spoiler: the trains followed the height of land, and as I’m pedaling along I enjoy the same energy savings that they did in the nineteenth century.

The next question is why don’t more people commute along this route and leave their car at home? These answers are more complicated. They include the problem of incompatible land uses. No residential developer wants to build too close to industrial parks and construction yards. But just like the history of transportation, the history of land use moves quickly, as well. Part of our walking tour stops at a wooded area where in the 1960s a large asphalt plant once stood, belching smoke and mixing hardtop for the province’s highway expansion. Rail sidings brought trains from this site to roads across the Island, but now when I pass it hardly a trace of industry remains in the forest. Residential development happens where people want it to happen. As the Conference of the Parties (COP) 26 meets in Glasgow, I hope more stubborn commuters will demand housing and corridors that actually incentivize active transportation and create ways for Canadians to propel themselves through communities once again.

2 thoughts on “The Stubborn Commuter”