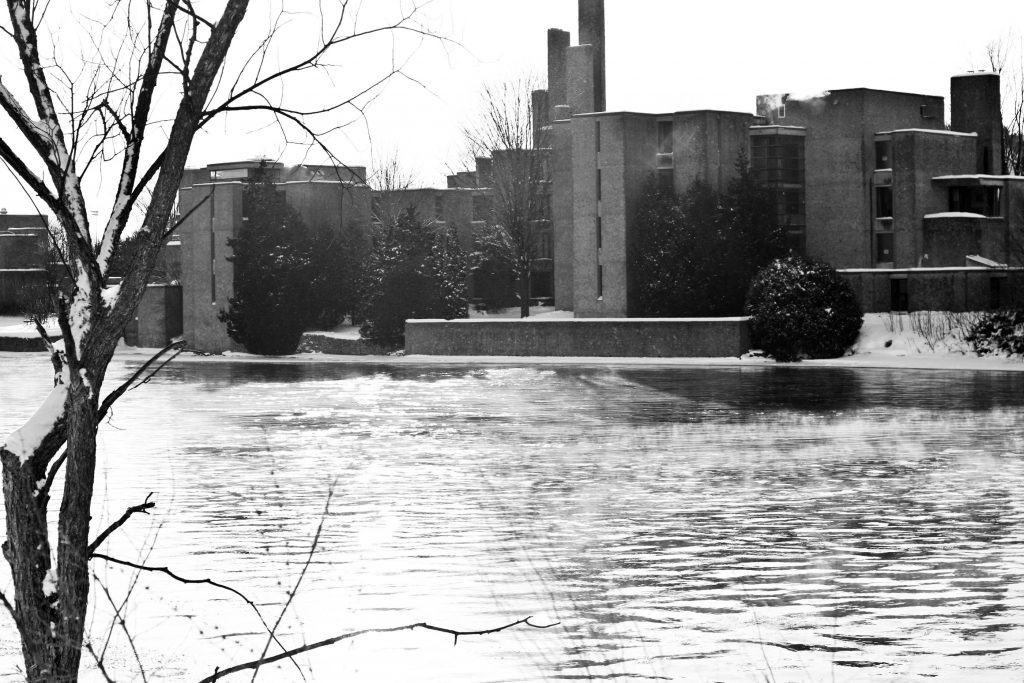 In 1997, the Peterborough real estate developer AON, Inc. settled out of court libel suits against the Peterborough Examiner newspaper, local television station CHEX-TV, and Trent University Economics professor Peter Wylie. As a function of the settlements, each respondent apologized unreservedly to AON. At issue was an accusation by Wylie that AON and the City of Peterborough had colluded on a contract to build a downtown parking structure. The Peterborough Examiner and CHEX-TV told the story to the public. According to a thirty-year veteran of CHEX-TV, nobody at the station can remember another occasion on which the lead news anchor has issued an on-air apology. In steamrolling its opponents, AON made clear that further legal wrangling would cost the respondents dearly, and for years to come. Run out of town on a rail, Wylie lit out for British Columbia.

The clash between the powerful real estate corporation and the Trent University professor (with local media as collateral) capped two decades of rapid change in Peterborough. In the 1960s, Peterborough had been a booming industrial city shaped by high-tech industries like Canadian General Electric (CGE) and tool-and-die manufacturer Fisher-Gauge. But by 1990, Outboard Marine, which once employed 2,000 people, and several other industrial plants, had closed. The 80-acre CGE site employed a tenth of those working there three decades earlier. General Motors (Oshawa) now ranked as the county’s largest employer followed closely by Trent University. Through two decades of deindustrialization, AON had overtaken traditional heavy industrial concerns as the most powerful business voice in the city—demonstrated publicly in its apology demands. Meanwhile, in its tepid support of Peter Wylie, Trent University—once a hotbed of 1960s political and cultural dissent—had settled into a more staid identity as a respectable corporate member of the Peterborough community. In the case against Peter Wylie, both AON and Trent University put their stamp on the city.

In 1986, the Ontario government launched a decade-long relocation of thousands of provincial bureaucrats from Toronto to regions deemed economically challenged. The Ministry of Agriculture went to Guelph, the Ministry of Northern Development and Mines to Sudbury, and the Ontario Provincial Police headquarters to Orillia. In 1992, the Ministry of Natural Resources moved 700 jobs to Peterborough. Construction began quickly on a new building to house the biologists, technicians, and others who would make the move. Peterborough City Council called for tenders on a new parking structure to be built not far from the new ministry building site. Ostensibly, the parkade would serve the many new Torontonian middle-class transplants driving daily into the Peterborough downtown core and their jobs at the ministry. At the time, critics wondered whether more downtown parking would be needed (or should be encouraged). In the many abandoned storefronts along George Street—the main North-South artery—the old city centre reflected recent factory closures, growing unemployment, and declining traffic. With a range of urban social problems looming in a deindustrializing city, some asked whether municipal funds should be dedicated to clogging the city with cars. The critics were prescient. Once completed, the parking structure rarely filled more than twenty percent of its daily capacity. 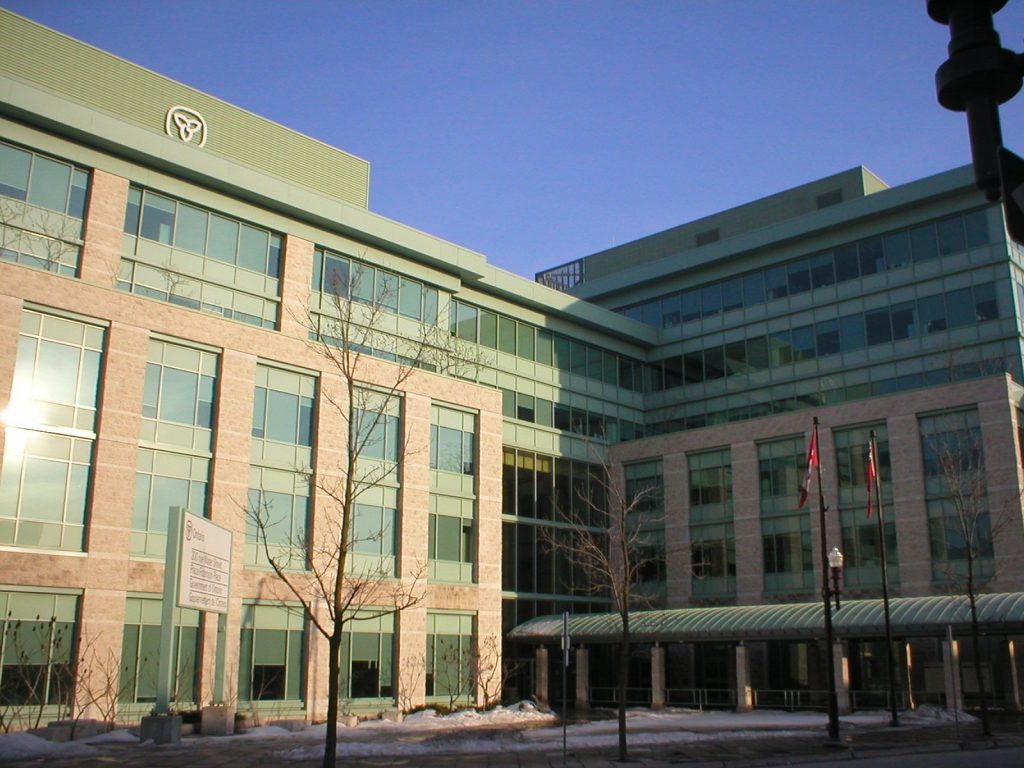 On a flight back to Toronto from Northern Ontario, when Ontario Premier David Peterson first asked a small group of high-ranking Ontario civil servants how the government might help prime the economies of struggling regions, he was thinking of Peterborough. Like Schenectady, New York, Peterborough had been a General Electric town (in this case, Canadian General Electric (CGE)). In the 1960s, the sprawling Peterborough plant had over 6,000 employees. CGE “families had at least 24,000 people” in a city of 60,000.[1] People still remember worker shift changes heralded by loud sirens broadcast from the plant and small armies of men marching toward the centrally located factory from the working-class south end of the city. In one of many Peterborough CGE triumphs, employees built a turnkey, commercial nuclear reactor that was shipped to Pakistan. Assembled in Karachi in 1972, the reactor remains fully functional. The identities of working people and their families were so tightly bound to this and other accomplishments that for generations, people quietly accepted an open secret in the city; between 1945 and 2000, “at levels hundreds of times higher than what is now considered safe” CGE dumped thousands of toxins on city land likely resulting in hundreds of cancer deaths.[2] 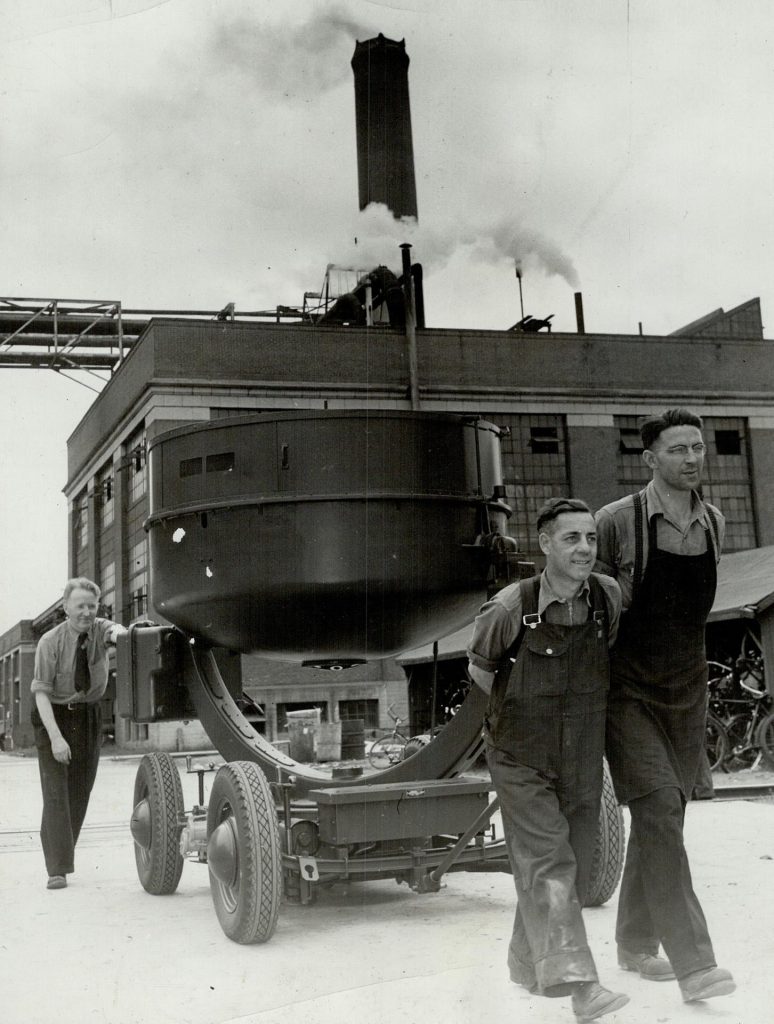 Peter Wylie Gets to Work

In 1994, Peter Wylie began to have doubts of his own about the parking structure. A soft-spoken immigrant from Northern Ireland, Wylie scrutinized the contract tender and its outcome. He found what he argued publicly was the sort of small-town corruption and local, corporate heavy-handedness that many imagined confined to Hollywood morality tales like Frank Capra’s It’s a Wonderful Life (1946). Wylie wrote two papers delivered at academic conferences documenting his findings (“A Tale of Two Parkades: Academic Fraud and Political Corruption in the City of Peterborough” and “The Real Costs and Benefits of the Downtown Parkade Proposals”). He advanced two conclusions. The City of Peterborough had illicitly discarded bids in the tender process and had settled instead on AON even though the latter had not submitted a bid for the project. In addition, he argued that AON had vastly inflated charges to the city. For example, AON had included flyover rights costs in its proposal. Wylie reasoned that the expense was superfluous. No aircraft would fly into parkade airspace.

There were other critics of the AON contract. City councilor Patti Peeters argued that in an unethical abuse of the public interest, the city had offered AON the contract in return for a private arrangement with the company to drop a separate, earlier lawsuit against the city. The charges were dire. They called into question the legality of the contract award and the integrity of AON, Peterborough city councilors, and city employees. However, by the time AON’s lawyers and sympathetic city officials had leapt into action, the cat was out of the bag. Local media had interviewed Wylie and Peeters, and had reported the story. When Wylie learned of the Notice of Application for libel that AON had filed against him, he approached both Trent University and the Trent University Faculty Association (TUFA) for assistance; because as a professional economist, he had written and presented two papers on the matter at academic conferences, he reasoned that any assault on his right to state his views publicly marked an infringement on both his job as a professor and his academic freedom.

AON’s libel suit came with a demand for $14 million in compensation from Wylie. While both expressed some sympathy for the professor, neither TUFA nor the university offered legal or financial support. In July 1995, under growing stress and fear for the economic wellbeing of his children, Wylie accepted a new position at the University of British Columbia Okanagan. A month later, AON convinced a court to issue an injunction barring Wylie from removing his assets from Ontario. Unable to sell his home, for a time it looked as though Wylie would be unable to take up his new post in Kelowna. Meanwhile, A Trent University dean reported that AON had contacted a senior Trent administrator suggesting that Wylie be fired from the University. A CHEX-TV reporter confirmed that in June 1995, AON had contacted the television newsroom to have a news report on Wylie quashed.

Unable to move forward with his life and fearing for the wellbeing of his family, in October 1997 Wylie did what he had previously refused to do. He retracted his public statements on the parkade and apologized to AON, then left for UBC Okanagan. The libel action settled and the media silenced, AON built the parking structure at a cost to the city of $8.5 million.

At UBC-Okanagan, Peter Wylie remains an engaged academic. As a function of his university work, he continues to press powerful organizations for accountability. In 2017, for example, he argued in an academic paper and in local media that UBC Okanagan was failing in its promise to expand post-secondary access to local students: “The Okanagan is a region that needed, and would have been better served by a local, regional, homegrown university rather than by a small overflow campus dependent upon the whims of a large internationally ranked university.”[3] More recently, he chided the University of British Columbia in the press for admitting under-qualified international students in a quest for their high fees.

AON remains a pillar of the Peterborough business community with 600 employees and 2000 apartment units in the city. The company owns and manages several retirement homes in Ontario, the Port Hope Golf and Country Club, 260,000 square feet of office space in Peterborough, and 850 apartment units in Houston, Texas. Company promotional materials remind people that the company built the first high-rise apartment building in the city and that “aon” means “unity” in Gaelic. 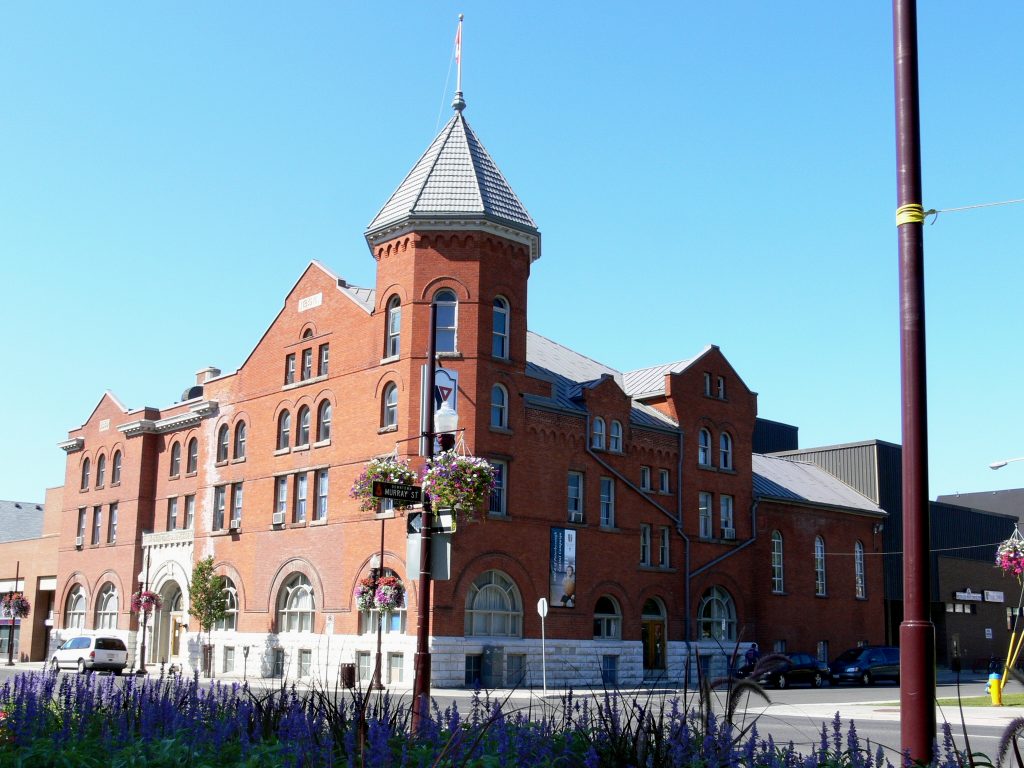 In downtown Peterborough, the late nineteenth-century YMCA heritage building was recently converted into luxury apartments—“Y Lofts”—that not many can afford. Homeless shelters are bursting at the seams and overburdened public health professionals tie increasing numbers of fentanyl overdoses in the city to an affordable housing crisis. In July 2017, unemployment in Peterborough hit 9.6 per cent, the highest out-of-work rate in Canada. The city has reached that unhappy distinction several times since. In 2018, The New York Times reported that, “for most of Canada’s history, Peterborough manufactured much of what Canada bought or used…. But no more. This year General Electric… will add its name to the long list of manufacturers that have left town. The shutdown, which the company attributes to a 60 percent drop in demand over four years for the factory’s products, will end the corporation’s 126-year history in Peterborough.”[4]

[1] Elwood Jones, “A current running through Peterborough: Looking back at GE’s history in the city,” Peterborough Examiner, September 9, 2017. https://www.thepeterboroughexaminer.com/life/2017/09/09/a-current-running-through-peterborough-looking-back-at-ge-s-history-in-the-city.html