As a veteran educator, documentary filmmaker and journalist it’s been a welcome challenge to take on something new. Two Dead White Men – DC Scott, Jacques Soustelle and the Failure of Indigenous Policy (Seneca Press) is my first book. 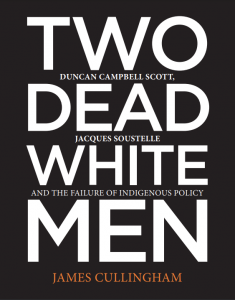 Two Dead White Men… explores the careers and legacies of Duncan Campbell Scott and Jacques Soustelle.  Scott (1862-1947) was a poet and a key figure in the Canadian Indian Department for decades. He is well known to many Canadians, notoriously so in recent years. Soustelle (1912 – 1990) was an eminent French ethnologist of Mexico and maverick political figure as the last Governor General of French Algeria.

The book is a significant re-working of my 2014 dissertation in history. I aspired to rely equally on my experience as an academic, journalist, traveler and visual storyteller. This work of transnational intellectual history sets out to demonstrate how these men incarnated the fundamental failure of their societies in relation with Indigenous peoples. Their experiences resonate in the present day of attempted reconciliation and decolonization.

What follows is a brief excerpt from the book’s final chapter:

Past Is Present (excerpted)

On June 11, 2008 a crowd gathered outside the House of Commons in Ottawa. A giant video screen on a flat-bed trailer hitched to a pick-up truck was in position for an overflow crowd of curious onlook­ers that gathered waiting to hear Prime Minister Stephen Harper speak to Parliament. Inside Parliament, Indigenous Elders, some accompanied by their grandchildren, filed into an upper lobby that leads to the pub­lic gallery overlooking the House floor. Harper was about to apologize to the Indigenous people of Canada on behalf of all Canadians for the abuses and injustices of the residential school system.

In the gallery where I stood, Indigenous Elders, their children and grandchildren looked down upon the prime minister. An elderly woman stood and looked directly at Harper while clutching an eagle feather in her fist. A young man in the same gallery section caressed a skin drum. On the floor of the House of Commons, members of Parliament and the leaders of Indigenous organizations turned their attention to the prime min­ister as he rose. When Harper acknowledged the presence of Elders in the gallery all of Parliament erupted in loud applause. In his preamble, Harper thanked the leader of the New Democratic Party Jack Layton for influencing his thinking about the issue. In a strong, clear voice, Harper said in part:

The prime minister apologized for one of the principal policies that Duncan Campbell Scott had implemented as a senior civil servant for the government of Canada. 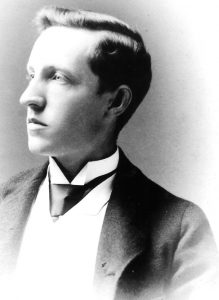 At dawn on the morning of the apology, Indigenous spiritual leaders, Elders, residential school survivors and their supporters gathered on Victoria Island in the Ottawa River below Parliament Hill for a sunrise ceremony. They sought serenity and national reconciliation.

In Paris on June 18, 2010, solemn commemorations marked the 70th anniversary of the 1940 appel that Charles de Gaulle transmitted from London letting les français, and the world know that he had decided to lead the resistance to the Nazi occupation of France. Across the Atlantic Ocean, a military attaché to the French ambassador responded to that appel. Twenty-eight-year-old Jacques Soustelle soon sent word from the Mexican capital that he would serve de Gaulle. Soustelle joined Paul Rivet, Germaine Tillion, and others associated with Le Musée de l’Homme in joining the resistance.

Duncan Campbell Scott and Jacques Soustelle haunt me still. This work, which had its beginnings while floating in a canoe on Lake Superior waters off the mouth of the Pic River almost 30 years ago, has taken me on a wondrous journey of discovery. The overarching questions about these men linger and, yes, haunt.

How is it that Scott could blithely, or not so blithely, ignore or remain detached from what, in the light of 21st century hindsight, are the worst human rights crimes in Canadian history? Revelations regarding hundreds of unmarked graves of Indigenous children near the sites of former residential schools dominated Canadian media and tarnished Canada’s image abroad throughout the spring and summer of 2021.

What intellectual, or dare I say, neat ethical summation can be made of Jacques Soustelle. Soustelle plot­ted, but failed to kill his mentor Charles de Gaulle. A contrarian to the end of his days, some of Soustelle’s late life opinions about South Africa and the Middle East seem outlandish to many. French journalist and Soustelle biographer Bernard Ullmann labelled Soustelle, le mal aimé  “the unloved one,” or perhaps more accurately still, “the black sheep.” Soustelle’s unruly presence hovers still over both the discipline of French ethnology and memories of the French-Algerian conflict to the present day. As a social scientist, the ring­ing clarity, profound curiosity and bold, genre-busting multi-disciplinary ambition of his best works about Mexico remain relevant. 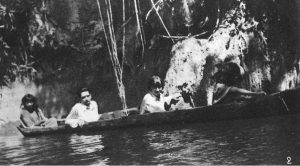 As a political iconoclast, his unpopular predictions and denunciations of theocratic Islamist excesses and his premature advocacy of a proto-federal cohabitation between a European métropole such as France and the decolonizing nations of Africa, such as Algeria, seem now, at times, to have the ring of prophecy.

Scott and Soustelle are juxtaposed in this work in order to better understand the history and ideology of policies directed at Indigenous populations in Canada, Mexico and in Algeria. During their lifetimes, both Duncan Campbell Scott and Jacques Soustelle first emerged as exemplary cultural and political fixtures of liberal, ruling establishments. They then became prisms for the examination of darker national histories. As contemporary nation states, like Canada and France, struggle to re-define relationships with domestic Indigenous groups or the descendants of former colonial possessions both abroad and at home, the lives of Scott and Soustelle continue to reveal much about failed relations with Indigenous peoples.

No individual or social group lives strictly in the present. The past is haunting. Memory constitutes part of a human’s “present” consciousness. As storytellers, we are imperfect witnesses of the present and past. History sometimes repeats itself. The lives and work of Duncan Campbell Scott and Jacques Soustelle are relevant and resonant today.

James Cullingham is an adjunct graduate faculty member in Canadian Studies and Indigenous Studies at Trent University and a part-time professor in the Faculty of Arts at Seneca College. He is president of Tamarack Productions which produces media in Nogojiwanong – Peterborough Ontario.

Two Dead White Men – DC Scott, Jacques Soustelle and the Failure of Indigenous Policy is published by Seneca Press which supports the distribution of scholarly research from within the Seneca community. It is available in print and eBook formats from Seneca College Bookstore and Tamarack Productions tamarackproductions.com tamarackp@gmail.com

The History of Indigenous Peoples Network is holding a virtual book launch January 25th at 3pm ET. All are welcome. Zoom link: https://yorku.zoom.us/j/99736700753