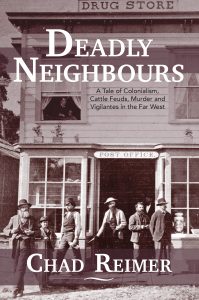 On February 24, 1884, Louie Sam, a Stó:lo teenager, was accused by an angry mob of starting a fire that killed James Bell, a shopkeeper in the settler community Nooksack, in what is now Whatcom County, Washington, which borders British Columbia. Without any evidence, the assembled mob determined that Sam was responsible and, despite him being arrested by Canadian authorities, crossed the border, took him by force, and hanged him. Nobody was ever arrested for Sam’s death, which simultaneously stands a rare documented lynching in Canada as well as a powerful example of the violence associated with colonialism.

Canadian mythology reinforces the idea that Canada was, and is, a ‘peaceable kingdom.’ Louie Sam’s case leads to the question of ‘peaceable for who?’ In 2006, Washington State legislators passed a motion expressing regret and their “deepest sympathies” to Sam’s descendants over the incident, which the CBC reported as being started by two white Americans “who stirred up the mob.”  Framing it as an American event ignores that the same colonial structures and racism shaped Indigenous-settler relationships on both sides of the border.

In his new book, Deadly Neighbours: A Tale of Colonialism, Cattle Feuds, Murder, and Vigilantes in the Far West. Chad Reimer explores the murder of Louie Sam, putting into a broader societal context and challenging the notion that it was a foreign event. In examining the wider colonial environment that surrounded the events of that February night, Reimer is able to provide tremendous depth to his analysis of the murder as well as how it can help us re-examine some of the main themes, narratives, and myths that have long shaped Canadian history.

In this episode of the History Slam, I talk with Chad Reimer about the book. We discuss the existing tensions in the region at the time of the murder and the way Canadians have long thought of colonialism (8:59) as well as the challenge of wading through colonial documents to try and find an accurate representation of what happened (11:55). We also chat about how the violence was about so much more than Louie Sam’s alleged crime (19:40), settlers being conscious of colonialism (25:45), and connecting local stories to broader national narratives (30:34).