By Aaron Boyes and Sean Graham 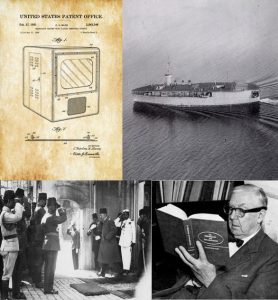 We’re down to the Final Four. Be sure to cast your vote for which should move on to next Friday’s final

After two rounds of intense voting, we have our Final Four. And, much like in Round One, we are (mostly) in agreement with how the people have thus far voted.

In this penultimate round, we have two tough matchups. We have a technological innovation against a medical/scientific discovery, and one Empire’s collapse against a purpose-built ship of, at the time, a budding Empire.

We have provided our thoughts on which we think are the most important, but which events make it to the finals is up to you.

You can vote by using the Twitter polls embedded herein, by sending us a DM (@theseangraham and @aaronboyes1), or an email to historyslam@gmail.com. Voting ends on Monday and the Enrico Palazzo Pre-Memorial Championship will go live next Friday, December 16.

Sean: Plot twist – I actually think the collapse of the Ottoman Empire is the more important of the two in this matchup. I know that goes against everything I have advocated for over the last 10 years (PLANES!), but that just goes to show how significant the Ottoman Empire and its demise was in human history.

A good way to think about the Ottoman’s comes from Alan Mikhail, who has suggested that if we look at history from an eastern rather than western perspective, we would find that the Muslim world was the driving force in global events for centuries. He argues that nations in Western Europe viewed things like colonial expansion as part of their larger struggle against Islam. Within a framework where containing the Ottomans was central, things like the slave trade, Protestant Reformation, and militarization are inextricably linked to the Empire. Mikhail has even gone so far as to argue that the Ottoman Empire made our modern world.

That may be a bridge too far for many, but it’s an interesting thought experiment, particularly for those of us who learned global history from a Euro-centric perspective, to reframe the narrative in this way. We’re not here to engage in counterfactual history so we won’t get into alternative timelines if the Ottomans were not there, but what we do know is that for centuries their presence was a powerful force that greatly influenced political, economic, and military decisions around the world.

Aaron: I am very proud of you, Sean. It took a decade but you finally picked a non-plane related event.

The collapse of the Ottoman Empire also drastically changed the geography and, by consequence, the political power balance in the Middle East. After the Ottoman Empire collapsed, Britain and France rushed to fill the power vacuum and assert themselves. With this came the control of oil production, which, as we all know, is central to monetary and political power. The Ottoman Empire collapse also allowed for the ongoing struggle between Israel and Palestine as European nations – as they are wont to do – drew new lines on maps and exacerbated ethnic, cultural, and religious conflict. So for as much as the Ottoman Empire did to influence world history during its reign, its collapse also greatly influenced our current world. 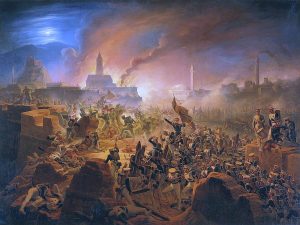 Sean: At the same time, we should also acknowledge the direct connection between the end of the Ottoman Empire and the rise of the USSR.The Ottoman and Imperial Russian Empires were major rivals, trading partners, and each other’s wartime opposition. On balance, the wars skewed in favour of the Russians, resulting in the persecution and execution of millions while at the same time re-shaping the map and ideas surrounding nationalism in Eastern Europe and the Balkans. Some of the commitments made by Imperial Russia were voided by the Bolshevik revolution as the presence of Russia greatly influenced the post-Ottoman era. So when we think of the Ottoman Empire, the USSR isn’t disconnected from that story. As a result, the most prominent global rivalry of the 20th century has a direct line to the Ottomans.

But also, planes are really cool. Boats are fun. So putting planes on a boat is an awesome idea. Let’s not sleep on that.

Aaron: As I said before, I think aircraft carriers are awesome. But the Hosho isn’t as important as the Ottoman Empire collapse.

Sean: Something you get from being in the sun going against a device that keeps you inside. A real battle of the titans here.

Aaron: Not unless you take Vitamin D supplements, which will allow you to sit in front of the TV for days on end without ever having to go outside. Which may actually be a bonus for fair-skinned people like yourself, Sean. Don’t want to risk a sunburn after spending five minutes in the fresh air.

Despite that case, I think that Vitamin D’s isolation is the most important event in this matchup. The medical impact of Vitamin D’s isolation should not be understated. A lack of Vitamin D can have severe and lasting impacts on a person’s health, particularly in the muscular-skeletal system. This is most prevalent in people with darker skin and the elderly. The isolation of Vitamin D, and the subsequent ability to replicate this Vitamin in a lab, has allowed millions of people who would otherwise be deficient to receive this vitamin. Depression is a side effect of Vitamin D deficiency, so it’s not a coincidence that we feel happier when we are in the sun. Here in Ottawa, where the sun doesn’t rise until almost 7:30am and sets at 4:30pm, a Vitamin D supplement comes in handy.

Sean: For the future of red heads around the world, if you’re saying that we need to spend more time in the sun, I must advocate for teevee.

The summer for redheads can be brutal. Forget 5 minutes – I wish we had 5 minutes. Going outside at any point between May and September involves lots of sunscreen. Where most people take longer to get ready to go outside in the winter, what with coats and boots and such, it takes at least 20 minutes for us to get ready in summer. Also, we’re going “extinct”. Red hair is a recessive gene, so enjoy us while we are here. And while we are here, we’re more susceptible to thermal pain and require more anesthetic. It’s a tough life.

But let’s also acknowledge the actual matchup here. It’s not Vitamin D, but the discovery of Vitamin D. Vitamin D existed before 1922 and even if it hadn’t been isolated, still would have existed. It’s like oxygen – even if we didn’t know about it, it would still exist. Its presence, and significance to our lives, isn’t dependent on us knowing about it. It helps that we know about it, but that’s not a requirement – demonstrated by the fact that human beings lived for millions of years without knowing about it. 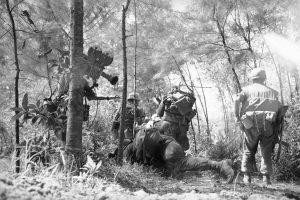 The teevee patent, on the other hand, was a significant step in improving global communications. The ability to immediately transmit images into people’s homes fundamentally altered the course of major moments like the Vietnam War and the Civil Rights Movement. Without television, the course of the 20th century looks very different. Can we say the same thing for the isolation of Vitamin D? I’m not so sure.

Aaron: Sure, Vitamin D was always around, but before it was isolated we didn’t know what it prevented. So isolating it, and knowing that it cured rickets – and eventually realizing that it is important for other things – is why this is so important.

Also, you really went there with the red-head thing? I’ve been to several outdoor events with you and you’ve somehow survived.

Be sure to cast your ballots and we will be back next week for the finals!

Winners at War: Women’s Suffrage in the Kingdom of Denmark

Aaron Boyes has a PhD from the University of Ottawa

Sean Graham is host of What’s Old is News and a contributing editor with Activehistory.ca