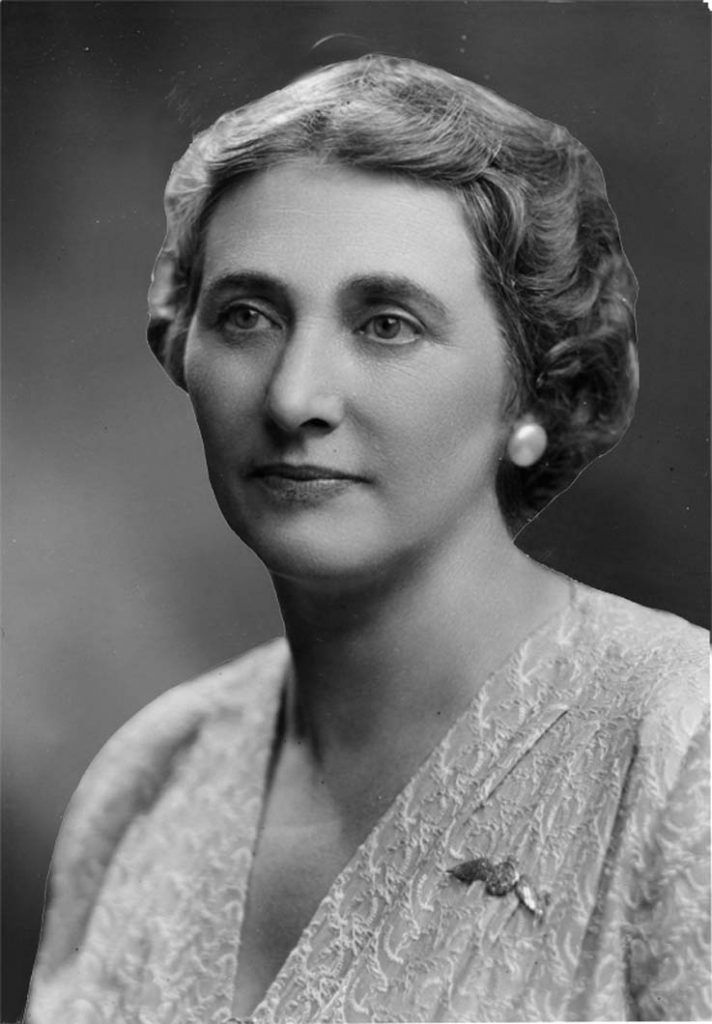 This is a story about a famous woman erased.

The ghosting of Toronto’s Rae Luckock (1893-1972) is a case study of the fate of many outspoken women, including feminists. Remembering her is a form of belated justice, a grim reminder of the silencing, even today, of women who threaten the status quo.

Luckock had no high school education, married in 1914, and bore three children by 1920. Her slender attachment to public affairs was through her father, James J. Morrison, founder of the United Farmers of Ontario. J.J., as he was known, was a reluctant political player. He died in 1936, with dementia, and his anemic party did not long survive him.

Rae’s childhood exposure to politics was glancing. Discounted as a girl, she did extra work on the family farm near Arthur, Ont., to free up her father for organizing. From the start, she was kept to the margins.

Rae and her husband Richard, a tool-and-die maker from Britain, lived a modest life in Toronto. Then disaster struck. Richard’s employer had paid him $25 weekly to make commercial nameplates. The stock market collapsed in 1929, and his Depression pay was reduced to $15 a week. Then he was laid off.

Their youngest child Fern became disabled from polio. In 1932, she died in hospital of nephritis brought on by scarlet fever, age 12. Her parents, with little income, coped with the medical emergency by relying on a cousin doctor. Ontario had no public-health system to help.

The tragedy embittered Rae, igniting a political awakening. Years later, she claimed her activism arose from teaching Sunday school, when the New Testament “started me thinking.” But family and friends knew the truth: Fern’s death galvanized a profound sense of social injustice. “That’s what made her a fighter,” said her friend Hazel Wigdor.

A socialist party arose at that very juncture. The Co-operative Commonwealth Federation (CCF) was a response to the failure of capitalism to provide for families becoming destitute by the early 30s. Created in 1932, the CCF later formed a government in Saskatchewan (1944), and was reconstituted in 1961 as the New Democratic Party. CCF leading light J.S. Woodsworth placed a notice in a Toronto newspaper calling for volunteers. Rae went to a meeting, and became secretary of the Dovercourt CCF Club. For her and Richard, the movement was a sensible response to Canada’s flailing governments of the 1930s.

Rae and Richard scraped by. They cut coal use at their modest home on Crawford Street. Both boys quit school at age 14 for jobs in Montreal. Richard sold bronze plaques, made in his basement, to charity-minded friends. Richard would arrive home to discover canned goods missing from the pantry, assuming a break-in. Rae had given them to hungry men knocking at the door.

Then a stroke of luck. Richard cashed his life insurance policy for $800 to make ends meet. He invested $200 in International Nickel Co. of Canada shares, which saw a four-fold increase. The profits “practically fed us for four years,” Richard recalled.

The couple set out on road trips to promote the newly formed CCF. They owned a 1927 Chrysler, bought in good times for $700. Richard strapped gallon tanks of gasoline on the running boards to extend the range. They were joined by Lorna Cotton, an early CCF stalwart, for a tour of Northern Ontario, including stops in Cochrane, Cobalt, Hearst and Sudbury. Their $20 travel fund was augmented by the sale of 25-cent CCF pins crafted by Richard. They billeted in CCF homes.

Rae bravely took the stage. Cotton coached her. By the end of the two-week tour, she became such a firebrand that local authorities felt threatened. In Kapuskasing, town fathers were suspicious of socialist agitators. “When we spoke there,” Richard recalled, “the entire back row was policemen.” Over the next three years, until Richard’s return to work, they stumped across Ontario in about a dozen trips, Richard arranging halls, Rae always the speaker.

Abandoning touring, Rae ran for school trustee. Every year from 1938 to 1942 she stood for a Ward 5 in Toronto position – and lost every campaign. “For me, it was very disheartening,” Richard recalled. “Rae was more ambitious.” She won on a sixth try, in 1943, defeating a Progressive Conservative businessman.

An Ontario election was called that year. Fresh from her school-trustee victory, Rae won the CCF nomination for the blue-collar Bracondale riding, as a wave of party popularity crested. The campaign got nasty. Her son Keith recalled people slamming doors in her face, her mail mysteriously opened, bribes offered for her to quit, and the telephone ringing with death threats. “We reported them to the RCMP, but nothing ever came of it,” Keith told biographer Michael Dawber.

Rae won the election by 286 votes over her Tory opponent, the same man she had bested as trustee. Thus she became, with political veteran Agnes Macphail, one of the first two women to sit in the legislature. The CCF became official opposition, and she was education critic.

The George Drew government called the legislature for a six-week session almost seven months after the election. Rae, her speaking skills honed from the road trips, promoted “socialized medicine,” condemned “Big Business monopoly enterprise,” and proclaimed a “new social order.” Reporters, charmed by the novelty of a woman MPP, wrote only about a “vivacious … typical Toronto housewife.”

Her own party members soon began to betray her. Leading the charge was none other than Agnes Macphail, Canada’s first female MP. Macphail disliked Rae intensely, for reasons that remain unclear. “She tried to get along with Agnes Macphail, but Agnes was a man’s woman,” Richard recalled. “Whenever Rae had a question about something, Agnes would say ‘Read up about it.’ She never got advice about anything.” Macphail falsely accused Rae of missing weekday caucus sessions because she was doing the family laundry. In fact, she missed just three days of the 1944 session, because she was in Dunnville, Ont., supporting the CCF candidate in a byelection. There were other awkward clashes. Everyone knew they were oil and water.

Prominent CCFers such as Ted Joliffe, Ontario party leader, also disliked Rae. “They were always at each other’s throats at the caucus meetings,” Richard recalled. David Lewis, national secretary of the CCF, was hostile. “He was always on the edge of his seat to knock anything she’d say,” said Richard. Grace McInnis, J.S. Woodsworth’s daughter, undermined her.

The animosity continued inside the legislature, where Rae was belittled by the ruling Tories. Michael Dawber has chronicled her many challenges to the Drew government; on broken promises in education, for example. She pressed for a lower voting age, to 18, and for equal pay for women. Government members, routinely dismissive, left her “disgusted.”

The Drew government collapsed in a 1945 no-confidence vote. Rae ran again in Bracondale. The Tories cranked up red-baiting, painting the CCF as communist. Rae meanwhile condemned high infant-mortality rates, saying “most of these lives could be saved by a system of socialized medicine such as the CCF would introduce.” She warned that women in the wartime workforce faced a peacetime hazard: “If we return to the old system most of these women will be squeezed out of all occupations except housework.”

In 1937, Rae co-founded a grassroots Toronto group, the Housewives Consumers Association (HCA), which pressed for affordable food, such as milk, as prices rose. The non-partisan group, run by working-class women, became a national federation, supported by unions, the CCF and other left organizations, including Canada’s tiny Communist party. The Housewives regularly made headlines, agitating for price controls. They gained momentum post-war when wage-and-price controls were lifted, triggering inflation in 1947. Their petitions, delegations, letter campaigns, marches were a thorn in the side of governments.

Historian Julie Guard has documented how the HCA leadership was red-baited from the start as a Communist front, despite contrary evidence. Guard drew on declassified RCMP reports, some from undercover agents and informants, that labeled the Housewives a subversive threat. The tactics had little impact until the late 1940s, when Cold War anti-communism shifted public sentiment. The CCF, once a vocal advocate of the HCA, got cold feet. The party disavowed the group, fearing repercussions at the ballot box.

Rae, elected national president in 1948, got caught in the maelstrom. CCF leaders warned her to quit the HCA, including an uncomfortable visit to her home by Lewis and others. Defiant, she led a 500-strong HCA delegation to Ottawa in April 1948. A petition of 709,573 notarized signatures demanded roll-backs of food prices. Dubbed the March of a Million Names, a donkey and cart hauled the petition to Parliament Hill. Mounties in scarlet barred Rae’s entry even as others, undercover, shadowed her.

Returning from the march to her room at the Lord Eglin Hotel, she found a letter from the CCF under the door-knocker. Colleague Margorie Ferguson said the letter instructed “that if she did not disassociate herself from the campaign, she would have to resign the CCF, or be expelled. After a period of discussion between Rae and the CCF, and in which she stood steadfast – she was indeed expelled.” The break meant forfeiting her CCF candidacy in the 1948 Ontario election. Marjorie Mann claimed credit for Rae’s troubles. Mann enlisted party workers to find proof of Rae’s “Commie” links, all of which was hearsay. The party leadership was nevertheless quick to act. In Julie Guard’s apt phrase, she was “effectively air-brushed out of CCF history.”

The Housewives weakened under relentless red-baiting. In March 1950, Rae helped re-form the group into the Congress of Canadian Women, becoming founding president. The Congress lobbied for equal pay and daycare, and with the outbreak of the Korean War (1950-53) made peace a priority. Rae led delegations in the 1950s to Sheffield, Warsaw, Beijing and elsewhere to lower the nuclear temperature. But the taint of communism dogged the work.

Rae returned exhausted from a China trip in 1956. She developed Parkinson’s, and sometimes did not recognize her family. She was institutionalized, and died in 1972, age 78. No historian had yet interviewed her. Her personal political archive was carelessly discarded in 1971. Modern scholarship misspells her last name, repeats factual errors, mangles dates. 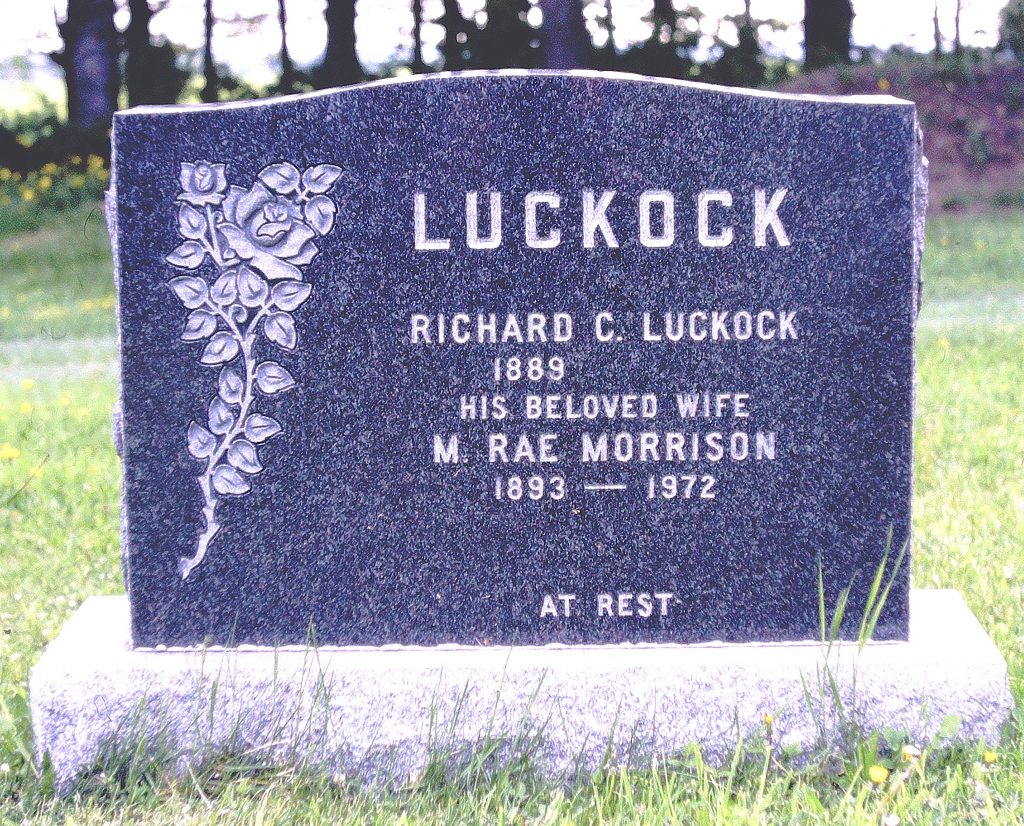 The Ontario legislature agreed in 2016 to erect statues of Luckock and Macphail. The initiative died when a freeze was put on Queen’s Park development. In 2021, the City of Toronto named a narrow alley behind the family home “Rae Luckock Lane.” Her relegation to an obscure back alley is an apt reflection of her continued historical erasure.

Dean Beeby is an independent journalist and author in Ottawa. His blog and more are at deanbeeby.ca.