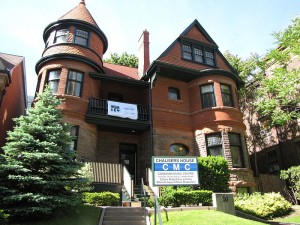 This year marks the tenth anniversary of Doors Open Ontario.  Doors Open is a program that celebrates heritage and culture by inviting the general public to visit buildings that are normally closed to the public.  Doors Open also includes a number of sites which normally charge an entrance fee, these sites typically waive this fee for the duration of the doors open event.  Buildings featured in Doors Open activities may be architecturally unique, have significant local heritage, be privately owned heritage homes, or be culturally relevant institutions.

The Ontario Doors Open program was established by the Ontario Heritage Trust in 2002 and was the first province wide initiative of its kind in Canada. The Doors Open idea began in France in 1984 with La Journée Portes Ouvertes.  In Europe the Doors Open program has evolved into European Heritage Days, which is celebrated each September.  Currently, over 50 European countries participate in European Heritage Days.  The Days aim to promote heritage, culture, and diversity while exposing heritage and cultural sites to the general public. Since the first  Doors Open event in 1984 communities of all sizes throughout Europe, Australia, and North America have held their own Doors Open events.

The Doors Open Ontario season runs from May to October and includes events in large cities and small towns.  This year more than 50 communities across Ontario are holding Doors Open events.  This year the communities of Deseronto-Napanee, Grimsby, Highlands East, Kapuskasing, Middlesex, Merrickville, and Pickering are participating for their first time in Doors Open.   The first Doors Open Ontario event of this season in was held this past weekend in Guelph.  Next weekend, May 7th and May 8th, sees the Doors Open season emerging in full swing with events in Hamilton, Chatham-Kent, and Whitby. 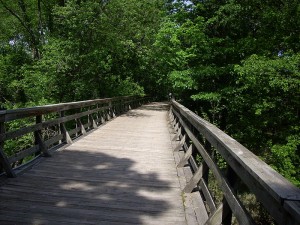 In addition to Doors Open this year marks the fifth anniversary of Trails Open Ontario.  Trails Open is based on Doors Open and was also established by the Ontario Heritage Trust.  The trails open initiative aims to encourage exploration and appreciation of Ontario’s natural heritage.   Many Trails Open events include guided hikes, tours, cycling, and other outdoor activities.

So why should you care about Doors Open or Trails Open? Doors Open helps promote awareness of local heritage and has the potential to engage people within their community.  A number of the heritage buildings featured in Doors Open are endangered, in need of repair, or subject to the will of private owners.  All of these factors have the potential to contribute to the destruction or transformation of a building.  Doors Open provides a chance for the general public to see these buildings before they are lost and perhaps to engage them in the preservation of their local built heritage.

Doors Open exposes people to the stories behind buildings in their community.  The best Doors Open sites are staffed by knowledgeable volunteers and guides.  I have often be surprised by Doors Open acting as a venue for the personal histories and community memories associated with a building.  Many of the volunteers at Doors Open sites have a personal connection to the building they are volunteering at and are more than willing to share their insights and stories with those who are genuinely interested.

Similarly, Trails Open helps raise awareness of the 88,000 km of trails in Ontario.  Many of these tails are the only way to access picturesque parts of Ontario’s landscape and Trails Open provides a user friendly introduction to these trails.  Ontario’s natural heritage is often over looked, taken for granted, and encroached upon.  Trails Open provides a means of beginning to educate people of the importance of preserving natural heritage.  Overall, Trails Open and Doors Open are great ways to learn more about local heritage, explore natural and built heritage, and to become more involved within your community.