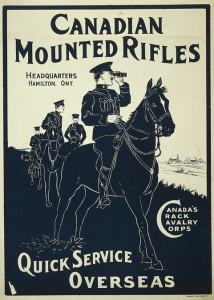 [1] There are, of course, notable exceptions to this, such as Canadian Forces Base Gagetown in New Brunswick, which was the focus of the second chapter of Joy Parr’s Sensing Changes: Technologies, Environments, and the Everyday, 1953-2003. See Pete Anderson’s review of the book here: http://activehistory.ca/2013/03/the-politics-of-place-local-history-and-the-megaproject/