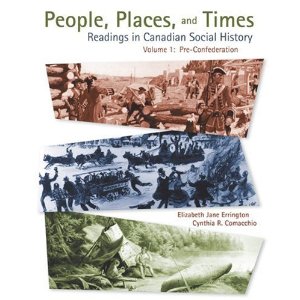 One of the great innovations of the now aging “New Social History” (NSH) was its commitment to uncovering a past about which people knew little. The NSH focused on what we might, in a non-pejorative way, call the broad mass of people: workers, slaves, peasants, First Nations, women, among others whose names appeared at best briefly in the historical record, if at all.  The new social historians were guided by a broad range of heuristics (far broader than their critics at the time made it seem) and deployed new investigative strategies. They combed and compiled census records, hunted through archives for any sign of ordinary people, made use of “folklore” and oral traditions, and read official records (court proceedings, marriage and baptismal records, newspaper accounts, chronicles) in different ways.

I “grew up” with the NHS and its work was breathtaking and inspiring. In uncovering the lived experiences of ordinary people, social history brought history to life. For me, the lived experience of past times –with all of its grinding poverty, charismatic religions, popular traditions, and struggles — gave history a purpose that was something more than the “names and dates” one-damn-thing-after-another approach that has been so caricatured by educators, commentators, and historians. I was also struck, and continue to be so, by social history’s profound ethical imperative: everyone deserved to have their history written. It was deeply problematic and politically disturbing to reserve history only for “great men.” There was something powerfully democratic in social history and the fact that “old white men” seemed not to like it only confirmed, to me, its democratic character.

That was then. Time goes by and I find that I have become one of those “old white men” (well … middle aged) whose work I used to find so misplaced. I have no conversion experience about which to write; no historiographic youthful folly I want to explain away. I read supposed defenses of the so-called “national narrative” with deep disappointment. They seemed to put nothing new on the table and, to me, only historically re-marginalized people in the past who were already marginalized.

Recently, I have started to wonder: am I just stubborn in the manner of the “old white men” I castigated in my youth? It might be vanity but I’d like to believe not. I’d like to believe that social history was and remains a dynamic, politically charged, ethically sound approach to the past. I think its imperatives are a model for an active history. Let me use this space to explain why. And, let me suggest that as we strive to make history more accessible and meaningful in the daily and cultural lives of Canadians, we can turn to our own intellectual and historiographic past for a model that is something more than genealogy. The great merits of social history, I will argue, are threefold. 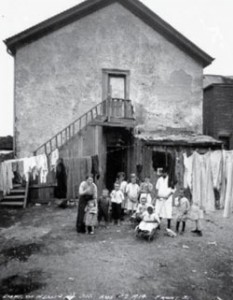 First, it was committed to accuracy. This is something so-called “national narrative” historians never “got.” In focusing on the lives of ordinary people, social historians were historians. Their work challenged the established narrative of Canada in a fundamental way, but this challenge was not just politics. Social historians did not just decide to write about, say, workers, because they liked workers. They might have but they wrote about workers and their conflicts because their studies told us important things about the past and about the development of Canada. In broadening their source base beyond the letters of political leaders — however valuable this source is — social historians broadened the framework of historical research. They established a new empirical standard for history that was remarkably rigorous. In short, they wrote good history.

Second, their historical research worked with a type of history that then and now, was and is remarkably popular with people who are not professional historians. I recognize that it is easy to criticize (rightly) the way history is transformed into a tourist-oriented consumer good at historic and heritage sites. I recognize that these sites provide an incredibly partial glimpse of the past. But, their sheer popularity connects the work of social historians to the interests of the wider public. Even if much of the traffic through these sites are vacationing families looking to find ways to entertain children, we need to ask why parents think history is a good way to entertain their children. Why, given all the different things one can do on vacation, do some parents feel that exposing their children to the past is what they should do? On some level, I’d argue, the people who fill up historic sites see it as something other than a delightful vacation experience. They see it as something that is important; they see the past — and, more importantly, the social dynamics of the past — as valuable in its own right.

Third, the NSH brought with it ethical and political imperatives that built on the democracy inherent to that historical project. For lack of a better way of phrasing it, that imperative was an openness to possibility. In learning about the past, about the struggles of workers, first wave feminists, New Light Baptists, First Peoples resistance to colonialism, the working lives of immigrants, Finnish and Jewish socialists and a myriad of other things, we learnt about people who thought about their own lives differently than did the leaders Canadians had previously studied in history. We learnt about people who believed that collective action could make a difference and who conceptualized the future differently than did the government. What was more, we learnt how deeply problematic the status quo was and how deeply troubling official policy was, how unfair Canada could be. The key to the NSH was not simply showing unfairness; it was showing a sense of possibility. In short, it carried with it the message that unfairness did not have to be accepted, that ordinary people thought deeply and profoundly about their lives, and that people could and did organize and struggle for a different type of country.

The NSH did not get everything right. Until challenged by feminists, it tended to be male-centered and it often worked within an implicit heteronormative framework. But, each of its inherent characteristics strike me as valuable elements of an active history that those of us who support the idea would do well to replicate. I think, moreover, that these ideas have hardly gone out of vogue. I work in a Canadian Studies programme that is in the unusual position of making a tenure track hire this year. The candidates for the job have been impressive. The way the job is defined it is geared more toward cultural studies than history but, interestingly, each of the candidates has wanted to talk about the past and how it is narrated. They use a different language than I do and lean on different authorities (largely drawn from critical race theory), but I have been struck by the profound congruence in our ways of looking at the past and its importance. Social history has no monopoly on good ideas. By enacting its commitment to democracy, accuracy, and possibility, however, we can build the type of active history that is meaningful outside the historical profession.