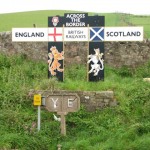 As the media has made clear over the past several weeks, what took place in Scotland yesterday resonates strongly with past independence movements in Canada. What has been less apparent in these discussions, which usually focus solely on the Quebec referendums in 1980 and 1995, are the deep roots in which Canada’s political future was debated. One of those lesser known moments in this history occurred at the tail end of the nineteenth century when Canadians debated whether to stay the course as a Dominion within the British empire, acquire greater independence from Britain, or amalgamate with the United States. In recognition of yesterday’s “no” victory, ActiveHistory.ca is proud to publish Aaron Boyes paper “Debating Canada’s Future: A Night at Montreal’s Sohmer Park, 1892.” 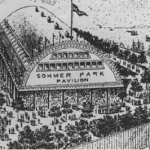 On July 1 2017, we, the people of Canada, will celebrate our country’s 150th birthday. Over the past several years federal, provincial, and municipal governments have been gearing up for this historic event by planning elaborate celebrations to mark the triumphs of our great nation. Yet this confidence and pride in Canada was not always evident. In fact, in the 1880s and 1890s, a mere twenty years after Confederation, there emerged serious discussions concerning the country’s political future. The country was stuck in a prolonged and seemingly unending economic depression despite numerous attempts to solve it.[1] Linguistic strife, which had been decreasing in the first two decades after Confederation, once again became a national issue, thanks in large part to the execution of Louis Riel in 1885. On top of these issues, a unique and distinct Canadian nationalism was struggling to develop, which enabled regionalism to dominate Canadian identity. At the same time, Canada was faced with several international dilemmas with the United States, based largely on the rights of fishermen in and around Canadian waters. These internal and external pressures led some people to determine that Confederation was a failure. This article explores one of the more forgotten episodes in Canadian history. On November 28 1892, a sizeable crowd attended a political conference at Sohmer Park in Montreal. The topic of this conference: Canada’s future. If Confederation was a failure, as many had come to believe, what was the best option for the young Dominion moving forward? [read more]

In addition to our group blog, ActiveHistory.ca strives to provide timely, well-written and researched papers on a variety of history-related topics. If you have a paper that resonates well with our mandate please consider submitting it to us.  For more information visit our Papers Section or contact papers@activehistory.ca. All of our papers are peer reviewed to ensure that they are accurate and up-to-date.