By Sean Carleton and Julia Smith 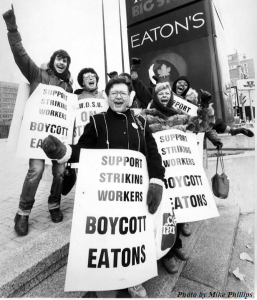 Sean Carleton is a PhD Candidate in the Frost Centre for Canadian Studies and Indigenous Studies at Trent University. He is completing a dissertation on the history of colonialism, capitalism, and education in Canada.

Julia Smith is a PhD Candidate in the Frost Centre for Canadian Studies and Indigenous Studies at Trent University. She is currently completing a dissertation on the history of Canadian bank workers’ struggles to unionize in the twentieth century.