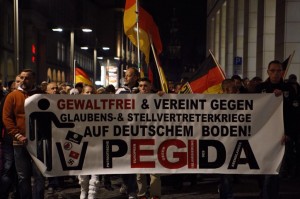 2 thoughts on ““We Are the People:” Nativism in Germany?”