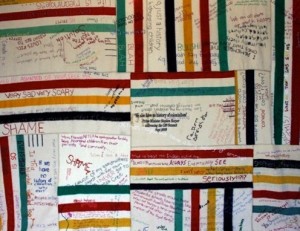 Justin Trudeau—since his October 2015 electoral victory that catapulted him to the office of Prime Minister, and his Liberal Party to a majority government—has not lost much of his sheen with the Canadian public. He still embodies for many youthfulness, respectable progressivism, and what the modern Canadian state and civil society should resemble.

Additionally, Trudeau on the international scene is seen as sexy, cosmopolitan, and as an embodiment of what Canada is stereotypically thought to be, even if it isn’t the reality. Trudeau’s actions, symbolic as they mostly have been, are nevertheless speaking loudly within and beyond Canada’s borders, giving him a highly publicized pulpit from which to evangelize his brand of Canadian l/Liberalism.

In this light, it was just a few days ago at New York University where Trudeau took questions from students. But one topic that went relatively unchallenged was Trudeau’s justification for what Canada can offer the United Nations:

“it’s a capacity to engage in the world in difficult places without some of the baggage that so many other Western countries have, either colonial pasts or perceptions of American imperialism, as a critique that’s often out there.”

Some people, including NDP MP Niki Ashton, keyed in on Trudeau’s disavowance of Canada’s colonial and imperial baggage. Others have made the case that this sort of statement mirrors Stephen Harper’s claim that Canada has no history of colonialism. To compare these two statements is complicated—though not invalidated—by what Trudeau said when asked a few minutes prior about the struggles and poverty affecting indigenous children and communities:

“Over the past decades, indeed centuries, we have failed to honour the spirit and the intent of the original relationships with indigenous people that settlers came into when our ancestors arrived on Turtle Island. We have consistently marginalized, engaged in colonial behaviours, in destructive behaviours, in assimilationist behaviours, that have left a legacy of challenges to a large portion of the people who live in Canada who are indigenous peoples.”

But this claim doesn’t neutralize his denial of Canada’s imperial and colonial baggage. When these statements are taken in tandem, it appears that Trudeau is failing to engage with how Canada and its predecessor colonies have played a key role in colonialism and imperialism for centuries.

Even if we take for granted, as some suggested Stephen Harper did when he made his claim, that Canada has no responsibility for colonial activity prior to 1867, we can still see a great many post-Confederation instances that leave baggage today. In the 1870s, westward expansion was a constant urge, with Sir John A Macdonald’s National Policy proposing a strong rail system linking the Atlantic to the Pacific, acting in a sense, as Canada’s Manifest Destiny. And like the American iteration, this process of conquering, displacing, and destroying Indigenous societies had both a colonialist and imperialist air. This is all on top of Residential Schools, which while existing in some pre-Confederation colonies, was largely forged by Macdonald’s government after following the recommendations of the 1879 Davin Report, which suggested that one could ‘gradually civilize’ Indigenous people by taking children from their families and communities to ‘enlighten’ them with the religious and cultural gifts of the British and French empires.

But more than the mechanics of building a nation was the rationale for the displacement, cordoning off, and—as evidenced by acclaimed research from James Daschuk—purposeful starvation of Indigenous peoples. This was the imperialization and colonialization of sovereign nations with millennia of tradition, to ‘open up’ the land for populations from European societies. Indeed, the Canadian imperialist and colonial project was also one of white supremacy.

Timothy Stanley has demonstrated that early Canadian statesmen—Macdonald perhaps first among them—saw the expansion of Canada as part of the dutiful projection of British and European culture across the globe. But this cultural supremacy could not be disconnected from race; it was inherent. In this way, Canada’s genocide of Indigenous peoples, along with the exclusion of racialized immigrants, epitomized Canada’s carrying of the colonial and imperialist torch passed down from French and English forefather nations. Canada was thus born on the very European imperialism that Trudeau claimed we lack.

We can even look to more recent times, since the Second World War, to see how Canada was a key contributor to American Imperialism. While true that Canada didn’t jump head-first into every American imperial adventure, the general trend of Canada on a global scale was not as a neutral and fair-dealing peace-keeping voice, but as a reliable friend to imperialist nations.

One of the most fitting examples concerns Chile and the 1973 Coup that overthrew its elected democratic socialist government. Rather than decrying the coup, Canada largely supported the anti-democratic action. Francis Peddie has noted how the Pierre Trudeau Liberals supported the coup because it was felt it stood for democracy and Canadians interests, at least in the long term. Due to this coup, there was a looming influx of refugees, which Canada initially sought to reject, because to accept them was to legitimize criticisms of the imperial, anti-democratic, and torturous actions endorsed by the US. It was only after great protest and international pressure that Canada accepted a greater portion Chilean refugees. As Stephanie Bangarth notes, the treatment of Chilean refugees differed starkly to refugees from Hungary, who in the 1950s were granted large levels of asylum from Soviet imperialism. Ultimately, the difference laid in the fact that, as a secondary capitalist power, Canadian interests were more or less synonymous with American imperial interests.

One could go on ad nauseum about Canada’s colonial and imperial baggage—from the 1969 White Paper, to the historical and contemporary sterilization of Indigenous women—but it’s important to tie Trudeau’s claims to current events. To say that Canada lacks such imperialist residue is either misinformed, disingenuous, or both. Everything, from discrimination against black and Muslim Canadians, to continued inequalities between Indigenous and settler communities (on everything from unequal educational funding to the unavailability of clean water), forms a weighty backpack preventing us from achieving a just and inclusive society.

Canada doesn’t merely suffer from imperial and colonial hangovers, but continues the practice of both. Perhaps the most pertinent example, based in the pattern of historical American imperialism, is how Canadian corporations exploit natural and human resources in developing countries. Though not imperialism in the textbook definition of a nation conquering and subjugating another, the practice of numerous Canadian companies—especially in the mining sector—is to promote Canadian economic and geopolitical interests at the expense of democracy, sovereignty, and human rights. In some cases, Canadian companies have been implicated in rapes and murders of people protesting their actions or attempting to unionize their workforces.  This is in addition to Canada openly providing military equipment to Saudi Arabia, which will almost certainly use it to engage in repression of civil rights at home, and attacks on Yemeni civilians abroad.

This is not baggage, but is rather the continuation of Canada’s historical tendency to exploit, condone, or benefit from the exploitation of racialized and Indigenous communities around the globe. More nuanced than Harper’s, Trudeau’s claims nevertheless reinforce barriers for Canadians to come to reckoning with their historical and contemporary role in western imperialism, whether at home, or abroad.

Christo Aivalis is an adjunct professor of history at Queen’s University. His dissertation examined Pierre Elliott Trudeau’s relationship with organized labour and the CCF-NDP, and is under review with UBC Press. His work has appeared in the Canadian Historical Review, Labour/le Travail, Canadian Dimension, Our Times Magazine, Ricochet, and Rankandfile.ca. He has also served as a contributor to the Canadian Press, Toronto Star, CTV, and CBC.

2 thoughts on “Justin Trudeau and Canada’s Colonial Baggage: Past and Present”