By Stephanie Bangarth and Jon Weier 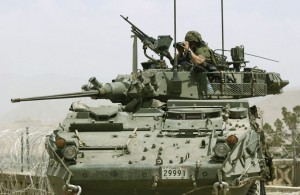 I must say that I feel the whole Canadian policy to be very hypocritical. We talk a good game but then proceed to act inconsistently by promoting trade with the countries whose policies we denounce.[1]

The year was 1974 and the issue of Canadian trade with South Africa was making the headlines, along with concerns over the sale of CANDU reactors to Argentina and India. It reflected the increasing awareness of and support for human rights in Canadian foreign policy during the late 1960s and the early 1970s. As David Forsyth notes, as a general historical trend, more attention is now paid toward humanitarianism in world affairs.[2] In part, this development was due to parliamentarians such as New Democrat Andrew Brewin, who were central in making the issue of human rights more than merely a domestic issue.

Brewin’s statement is as relevant today as it was in 1974. Since its election in October 2015, Prime Minister Justin Trudeau’s new Liberal government has been dogged by the continuing saga of the sale of armoured vehicles to Saudi Arabia. This deal, initially pursued and approved by the previous Conservative government, would see General Dynamics Land Systems sell $15 billion worth of Light Armoured Vehicles (LAVs) to re-equip the Saudi National Guard. These LAVs are to be produced at the General Dynamics production facility in London, Ontario, and were a centrepiece of the previous Conservative government’s plan for bolstering the Canadian arms industry through increased exports.

Unlike the Conservative Party which is fully supportive of the deal, the Liberal government has been unable to rationalize its policy with its stated commitment to civil and human rights. As Cesar Jaramillo, Executive Director of Project Ploughshares, has noted repeatedly, Saudi Arabia has a deplorable record when it comes to protecting the rights of women and religious minorities, and is a regularly criticized human rights offender in the Middle East. The Liberal government is also at odds with the views of Canadians. A poll conducted in February by the Angus Reid Institute indicated that 48 per cent of Canadians believed the deal was a “bad decision” and less than one in five (19 per cent) supported it.

Many high profile Liberals have publicly declared their opposition to the deal. Former Liberal foreign affairs minister Lloyd Axworthy has called on Trudeau to reconsider the deal in light of the Liberal commitment to international human rights. Former Liberal justice minister and international human rights expert, Irwin Cotler, has urged the federal government not to sell arms to Saudi Arabia, citing “alarming evidence” that Canadian-made vehicles were used against Houthi rebels in Yemen. Equally as damning is the criticism that comes from within. Jocelyn Coulon wrote a column for Montreal’s La Presse criticizing western countries for their silence bought by Saudi Arabia via lucrative civilian and military contracts. Coulon, an academic and former journalist, wrote the column six weeks before he became an advisor in Foreign Affairs Minister Stéphane Dion’s office. Clearly the Trudeau government is aware that it is walking a fine line here as it has reportedly “sanitized” a government human rights report on Saudi Arabia before releasing it to the public. This is justified by referring to Section 15 of the Access to Information Act, which, among other powers, allows information to be withheld that “could reasonably be expected to be injurious to the conduct of international affairs.” 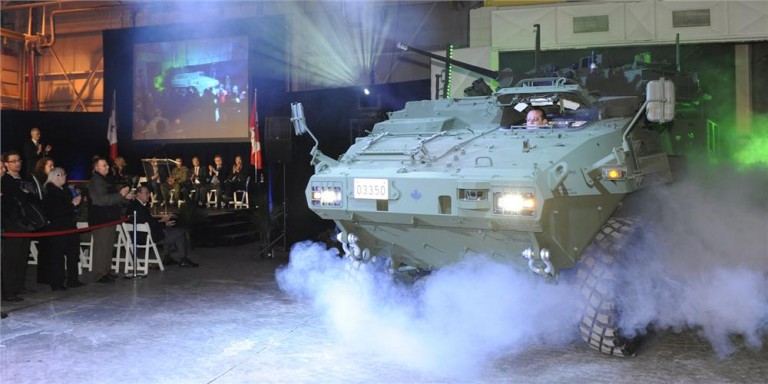 Dion himself has only confused this issue. While making statements deploring the Saudi human rights record, Dion has refused to reopen the deal. He has raised the spectre of financial penalties that Canada may have to pay if the deal does not go through, and has argued that to reopen the deal would undermine Canada’s credibility with its allies. This is despite the Canadian government’s election promise to sign the 2014 International Arms Trade Treaty which would severely limit the ability of signatory states to sell arms to states like Saudi Arabia. To add to the confusion, the Canadian Commercial Corporation, a Crown agency responsible for promoting exports, recently advertised that it would be hiring a new director of business development for the Middle East, to be based in Abu Dhabi. This new employee would have, as one of their responsibilities, the promotion of the Canadian defense sector. Most recently, Dion defended his party’s commitment to the deal by noting that some other country would simply take over the contract if Canada cancelled it.

While there was some confusion during the 2015 election about the NDP’s position on this issue thanks to the party’s initial inclination to soft-pedal its opposition in order to win seats in London, the NDP has come out much more firmly against the sale of Canadian weapons to regimes like the Saudi government. This happened most recently and most forcefully at the NDP‘s convention in Edmonton in April, where, in a speech to delegates, Stephen Lewis asked of Prime Minister Trudeau; “What kind of feminism is it that sells weapons to a government steeped in misogyny?” Further, NDP Foreign Affairs Critic Hélène Laverdière has called for the creation of a parliamentary committee, a sub-committee of the Foreign Affairs committee that would be responsible for reviewing Canadian arms export policy. 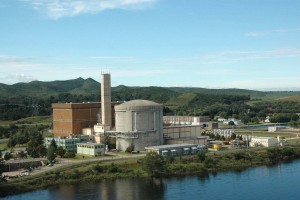 This opposition and the proposal for more parliamentary oversight builds on a long history of NDP attempts to limit Liberal and Conservative governments’ ability to export weapons and weapons technology to countries with questionable human rights records or belligerent foreign policy. Canada’s history of exports, from CANDU reactors to India, eventually used to provide the enriched uranium needed for India’s atomic bomb program, to the current Saudi arms deal have faced scrutiny and opposition from the NDP.

While Laverdière’s idea of an oversight committee has merit, the NDP would do well to revisit their history and build on their many attempts to prohibit the Canadian government and Canadian banks from using their resources to assist countries that consistently violate the basic human rights of their citizens. As early as the mid-1970s controversy erupted when over 7,000 Chilean and other Latin American refugees were admitted to Canada after the violent overthrow of Salvador Allende’s democratically elected Socialist–Communist government in 1973. Chilean and non–Chilean supporters of the old regime had fled the oppression directed against them by Chile’s new military ruler, General Pinochet, in the wake of the coup. Thousands escaped to neighbouring Argentina where, under its own right-wing military dictatorship, it became a dangerous place for the Chilean exiles. Although Canada took the refugees in, it did so grudgingly—at least initially.

Around the same time Argentina was considering the purchase of CANDU nuclear reactors. AECL in 1972 submitted a bid to Argentina’s equivalent nuclear oversight body, the CNEA. The Canadian government provided a $129.45 million concessionary loan from the Export Development Corporation, payable over 25 years, with repayment starting only when the reactor entered service, which it did in 1983. At a time when Canadians were concerned over nuclear proliferation and the safety of nuclear energy, the sale of the CANDU 6 reactor to a right-wing military government naturally raised the ire of a good many Canadians. Alongside the context of Argentina’s treatment of the Chilean and Uruguayan refugees, it appeared to many Canadians that the Trudeau government was turning a blind eye to a number of problematic issues. It is worth noting that the US government in February of 1977 cut military aid to Argentina due to evidence of human rights violations presented to Congressional hearings on Argentina.

In response, the NDP had Brewin draft and attempt to pass a bill on the issue of fair trade and human rights. In 1978, Bill C-71, a private member’s bill, was Brewin’s effort to have principles of human rights recognized in Canadian trade operations. It would fail, as the bill died on the floor of the House of Commons, voted down by the majority Liberals. Other attempts included Bill C-371, An Act to prohibit aid to foreign countries consistently violating human rights (1977), re-cast as Bill C-272 in 1978. Both bills embodied the NDP’s position that the Canadian government and Canadian banks should not have been using their resources to assist countries that consistently violated the basic human rights of their citizens. In the late 1970s all the major chartered banks in Canada, either directly or indirectly through international consortia of banks, were funding the apartheid government of South Africa and some banks were involved in loans to Chile and Nicaragua. Bill C-371/C-272 was intended to prevent the Canadian government and Canadian banks from aiding these regimes if it was established by the information provided by reputable international agencies that they were violating human rights.

At the time, Brewin and other concerned members of Parliament believed that Canada should not only be opposed to the practices of these countries but that the federal government must take concrete action to ensure that Canadians are not even indirectly involved in supporting them. Indeed, his justifications noted in a letter to a constituent in 1979 hold true today as they did then:

The fact of the matter is that Canada, along with other nations, has in the United Nations supported resolutions containing condemnations of South Africa for its apartheid policies and its denial of basic rights such as free trials, freedom of speech, etc. Canada has expressed its abhorrence of these practices but has continued to extend aid through government grants and indirectly through encouraging Canadian corporations to invest in these countries. The same reasoning applies to various countries in South America where methods of terrorism and torture have been maintained to keep governments in power. In my view, and I share this with many other Canadians, if we condemn certain practices we should not assist them but discourage them.[3]

It is also worth noting that this is not Canada’s first weapons deal with Saudi Arabia, nor with LAVs, and a certain company in London, Ontario. The vehicles in the current deal are in fact to replace the ones sold to Saudi Arabia in 1986. In 1986, Joe Clark, then Minister of Foreign Affairs for the Conservative government under Brian Mulroney, travelled to Saudi Arabia and brokered a deal for LAVs worth an estimated $250-million. The company making the vehicles at that time was GM Defense, bought by General Dynamics Land Systems in 2002. The fear then was over the potential use of the vehicles, equipped with arms, against Israel. Concerns were raised in the House of Commons, including by John Brewin, NDP MP for Victoria and the party’s defense critic, and Andrew Brewin’s son. The sale ultimately went through when the Saudis convinced Clark that the LAVs would only be used domestically (sound familiar?). In 1986 the deal was as contentious as it is today. Brewin and other critics successfully managed to get the government to agree to a special Commons’ study of arms export policy. This study eventually led Lloyd Axworthy, Minister of Foreign Affairs for the Liberal government under Jean Chretien to bring in a progressive policy a few years later. The ‘human security’ concept would be at the heart of Liberal foreign policy for much of the 1990s.

Canada has a long history of exporting military equipment around the world and authorizing trade with problematic regimes. Although the Liberal government has committed its support to the International Arms Trade Treaty, at this point Canada is the only NATO-member nation not to have signed on. The Treaty requires signatories to produce detailed annual reports on arms exports which would add a level of transparency that does not currently exist in the Canadian arms industry and related export programs, and would prevent Canada from selling to states like modern-day Saudi Arabia.

Stephanie Bangarth is Associate Professor of History at King’s University College. Jon Weier is a doctoral candidate in History at Western University.