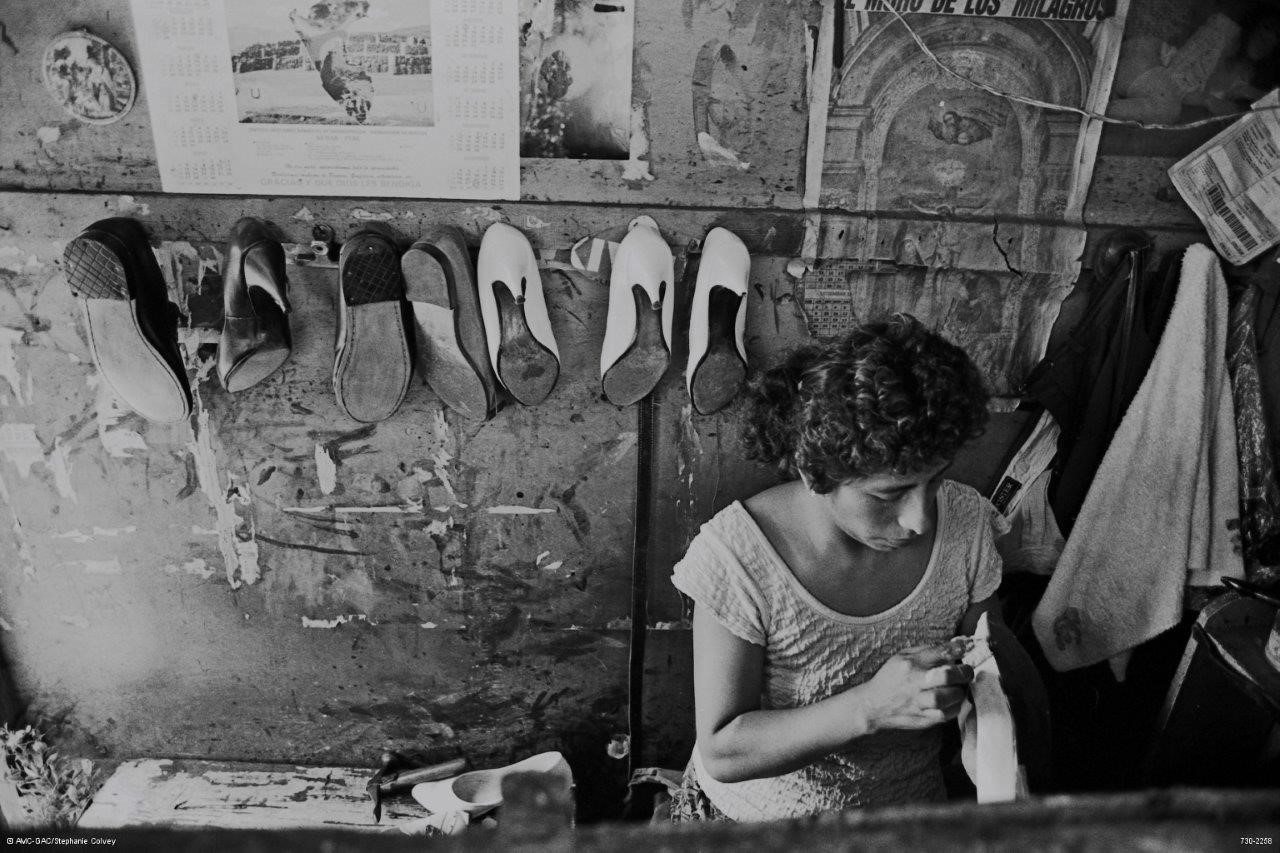 The ways in which the former Canadian International Development Agency (CIDA) has visually represented its projects and people to the general public have greatly informed public perceptions of aid and international affairs. From the end of the 1960s, CIDA’s photographs have been used in the communications products of the Agency and of partners (NGOs, schools, publishers, etc.), or in travelling exhibitions, publications and teaching materials. They also represent a resource for scholars and practitioners interested in exploring and sharing CIDA’s multifaceted histories. For forty-five years, CIDA administered the nation’s official development assistance (ODA). From large-scale mining and electricity projects to smaller scale education and health programs, CIDA was Canada’s main response to a global surge in international development initiatives that started in the 1960s. Simultaneously, CIDA was a vehicle for extending Canadian economic and political interests as well as its social values abroad. It became a key entity in defining Canada’s caring and helpful identity domestically and internationally.

In 1985, nearly twenty years after its inception, CIDA developed a library of photographs that continues to collect and distribute images today. It boasts around 150,000 photographs dating back to the early years of the Agency, and spans the globe. The Photo Library answers daily requests from the Department of Global Affairs to supply images for its social media; and from clients from abroad such as NGOs and embassies. While only a sample of the collection can be seen online[1], the entire collection has been digitized and is available for viewing at the International Development Photo Library. Having resided at Place du Portage in Gatineau since its inception, the Library has just moved to Global Affairs Canada’s 125 Sussex Dr. Ottawa office last month as a result of CIDA’s 2013 merger with the then Department of Foreign Affairs and International Trade. 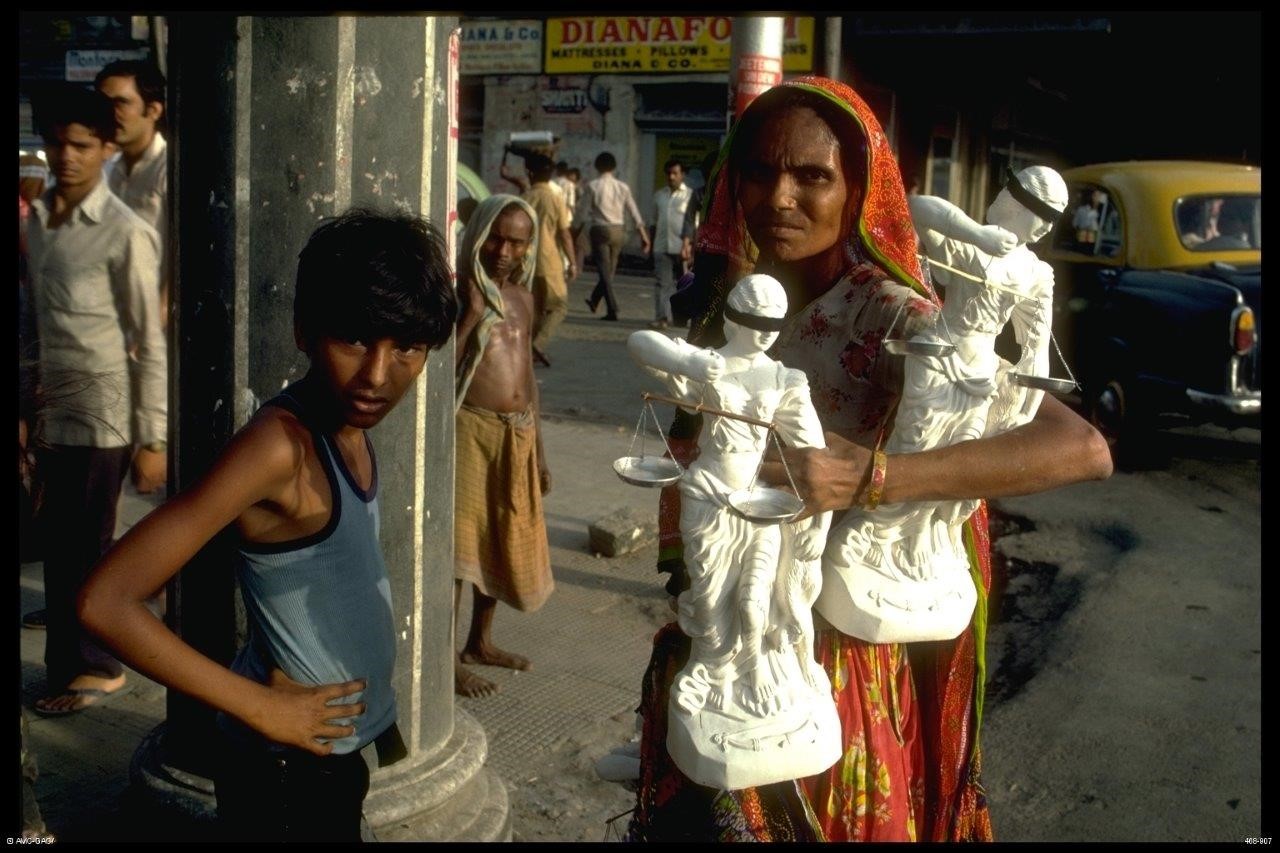 Initially, CIDA photographs were made for its Briefing Centre, which collected material to produce slideshows, films and videos as instructional material for development officers going out into the field. Prior to hiring professionals, the majority of these stills, largely from the 1970s, were taken by development officers themselves. By the early 1980s, the Briefing Centre began hiring professional photographers as it recognized a broader potential for photography beyond the Briefing Centre’s needs, and thus the necessity of improving the quality of the collection. By this time, it was standard practice in the international aid sector to hire professional photographers for numerous reasons. Those photographers contracted early on by CIDA documented development projects and members of communities at the receiving end of Canada’s ODA. Continuing the Briefing Centre’s mandate, they also photographed everyday life in the developing world. Paul Chiasson and Dilip Mehta were among the first photojournalists and documentary photographers hired for assignment. This Briefing Centre photo collection was transferred to CIDA’s Public Affairs Branch in 1983. Some of this material resides in the CIDA Fonds at Library and Archives Canada (R948-40-4 E archival reference number).  It represents 8,291 photographs taken between 1972 and 1985. 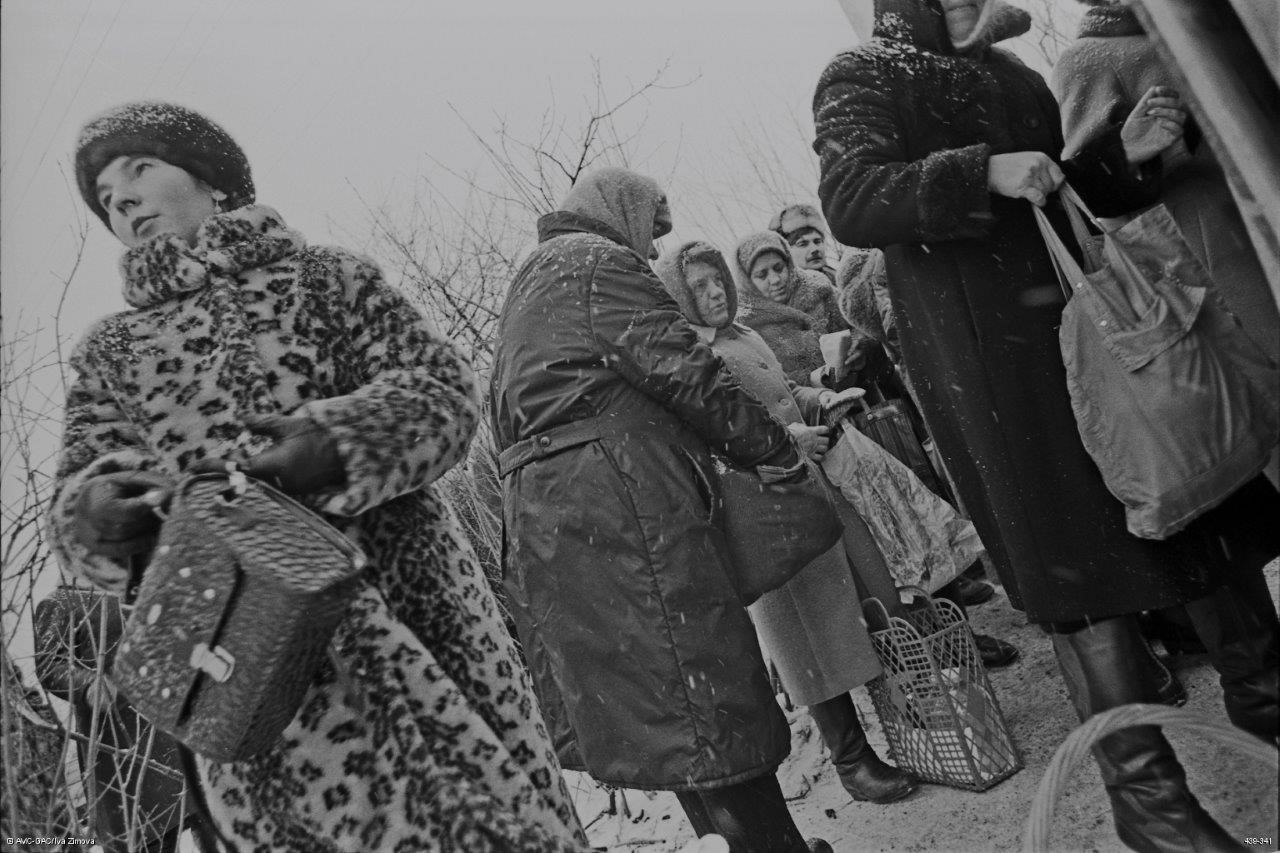 The wealth of pictures these skilled photographers brought back from assignments contributed to a plan to establish a library of photographs of development and international aid to be of use beyond the Agency. CIDA’s International Development Photo Library was thus established to meet the increasing demand from both the Agency and its partners for high quality imagery for use in their educational and communications materials. In 1987, CIDA officially launched the Photo Library through the creation of a travelling exhibition entitled “Development—CIDA’s Photographic Library.” The now defunct Canadian Museum of Contemporary Photography (National Gallery of Canada) recognized the aesthetic value of the collection and co-produced four photography exhibitions: “Development/Développement”[2] (1987); “Other Children” (1989); “Rights and Realities” (1995). The latter, which was about women’s issues, was curated by photographer David Barbour and was opened in Beijing and Ottawa on the occasion of the Fourth World Conference on Women; and “War-Affected Children”, curated by Roger LeMoyne, on the occasion of the international conference on this question held in Winnipeg in 2000. These were occasions to invite other Government agencies, educational institutions and the private sector to take advantage of the growing collection and the library’s services. 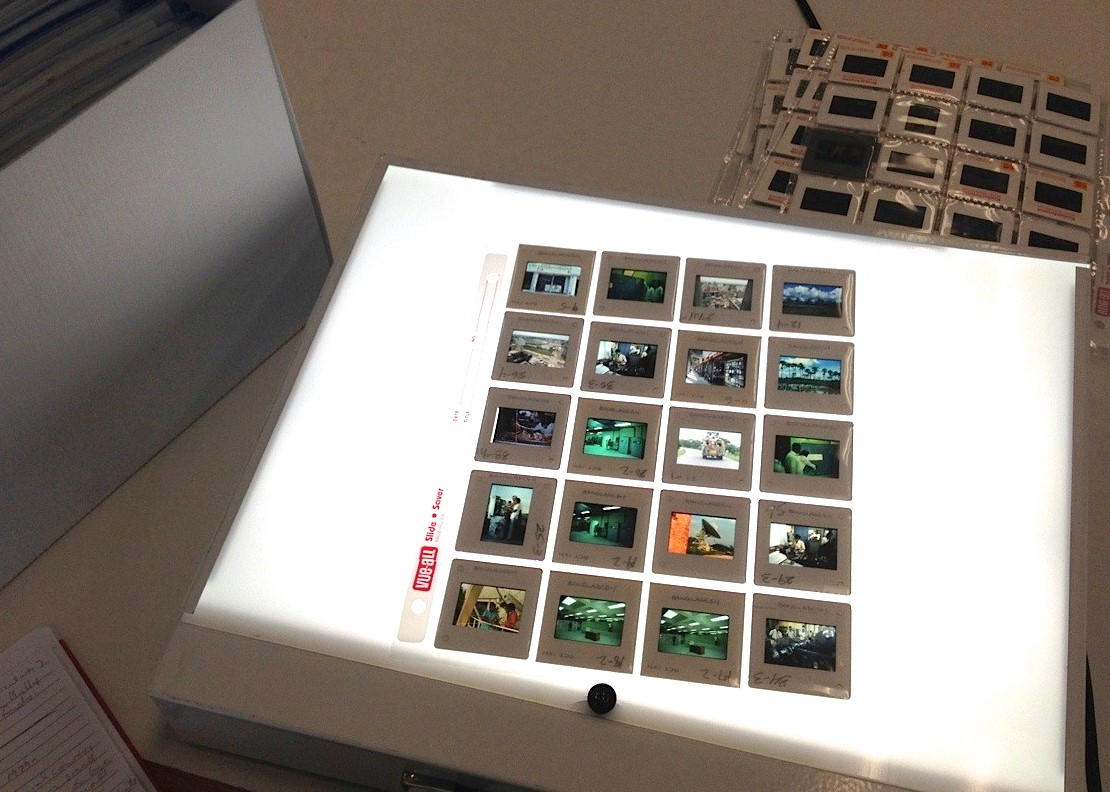 In 2010, the Photo Library commemorated its 25th anniversary by mounting an exhibition: “Twenty Five Years of Excellence in International Development Photography”.[3] The show highlighted Canada’s role in the developing world and honoured the photographers for their contribution to this important document. The collection includes the work of many award-winning Canadian photographers. A total of four photographers in the collection have been honoured with the internationally recognized World Press Photo Award, the most prestigious award in photo journalism: Dilip Mehta (1984), David Barbour (1985), Roger LeMoyne (1999), mentioned above, as well as Lana Slezic (2007). David Barbour won the World Press Photo Award for an image taken while on assignment for CIDA in Egypt in 1985, the same year that CIDA’s Photo Library opened. This prestigious award firmly set the standard for excellence in photography and helped establish the CIDA Photo Library as a world-class resource and collection. The magazine Canada’s History further acknowledged the collections’ historical value when it chose to illustrate its special issue on aid with photographs from CIDA’s Photo Library.[4] 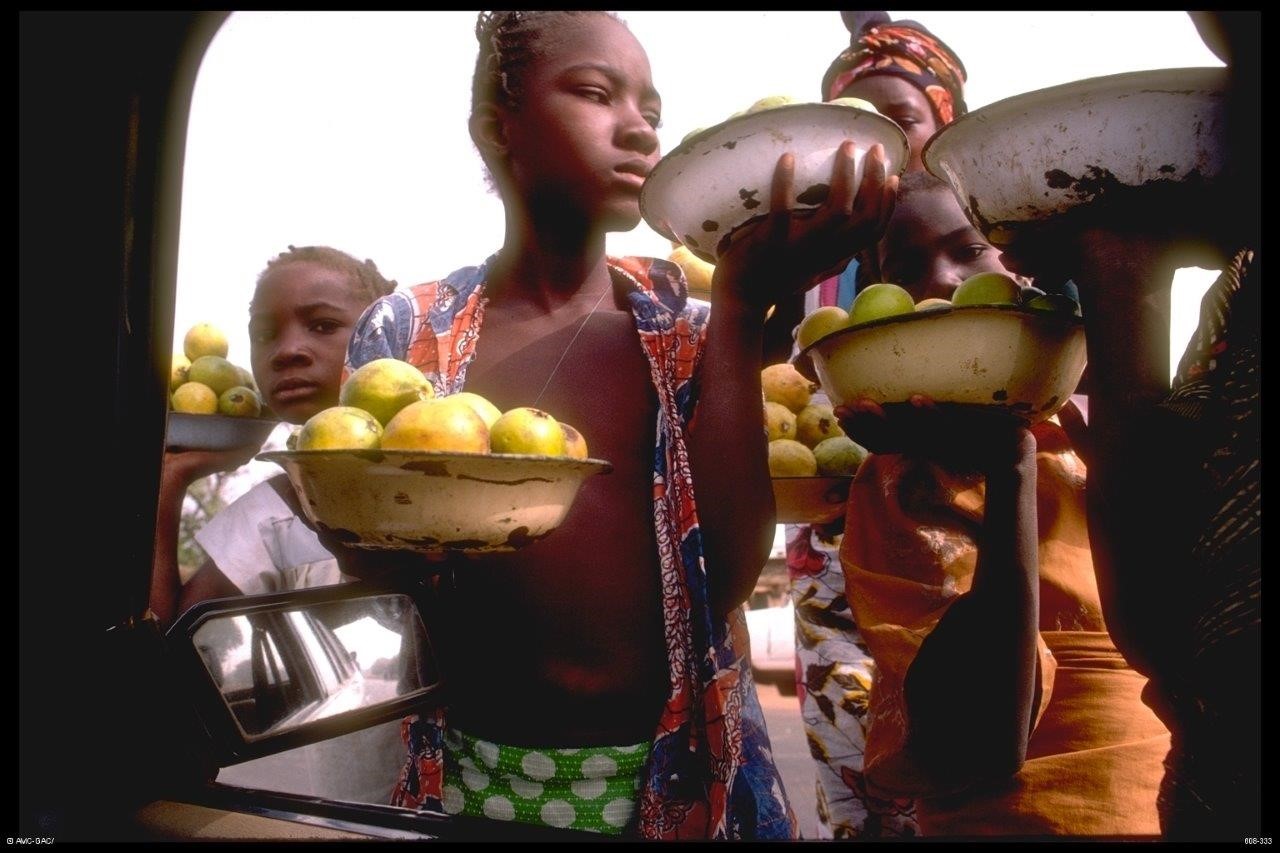 Alongside photographs of CIDA activities were photographs of the people and places on the receiving end of Canada’s ODA.  By the late 1980’s, these types of photographs became not only the public face of CIDA, but also the most recognizable type of images from aid agencies worldwide. Such photographs—often beautiful and poignant—have also become the target of criticism for their role in essentializing, depoliticizing, and exploiting the subjects of aid.[5] While Canada is not innocent of such charges, the current recognition of photography’s contingent aspects means that these photographs of past aid activities have much to offer to critically engaged scholars, practitioners and citizens.

The photographic collections of the International Development Photo Library offer a rich assortment of material in a multitude of research areas, especially:

The collections are also rich in visual information on diplomacy, international relations and encounters between CIDA representatives and local communities. The detail of the catalogue of the main collection extends to information on whom, and for what purposes, photographs from the Library were used; information that is often absent from photography archives and libraries. The collections also provide material for histories yet to be written about numerous Canadian photographers whose careers were launched and nurtured through CIDA assignments. Amongst them, Roger LeMoyne, mentioned above, or Hélène Tremblay.

The Library has also acquired photographs from other sources to fill in information on the political, social, geographic and environmental climate of any given time and place. All of the pictures in the International Development collections offer an opportunity to explore (recent) global histories of development aid and relief, and—most particularly—the changing official stances of Canada.

Sonya de Laat is a PhD candidate in Media Studies at Western University. Dominique Marshall is Professor of History at Carleton University.

The authors are grateful to the generosity of Mary Bramley, Team Leader of the International Development Photo Library/ Photothèque for showing us around and sharing her memories of 28 years, and her expertise. We also thank Dr. Greg Donaghy, Head of the Historical Section of Global Affairs Canada, for facilitating this encounter, and George Duimovitch, Systems Librarian at Carleton University for offering a permanent home to some of the Photo Library’s ephemeral productions.

Some images from the Global Affairs Canada (former CIDA) International Development Photo Library collection will be exhibited at the upcoming conference entitled “‘A Samaritan State’ Revisited: Historical Perspectives on Canadian Foreign Aid, 1950-2016” on 12 and 13 December 2016, hosted in Ottawa by the History Division of Global Affairs Canada in collaboration with the CNHH and David Webster of Bishop’s University.

To consult the collection of the photo library, contact photos@international.gc.ca

[1] The photos on the “Development” website of Global Affairs Canada are from the Library:

[2] The published catalogue is available at the Library and Archives Canada.  It was organised by region, and included a list of photographers, of the keywords used in the catalogue.  With the permission of CIDA, the CNHH is posting a scanned version HERE.

[3] At the request of the CNHH, CIDA has brought back online the 2010 exhibition, Twenty Five Years of Excellence in International Development Photography.  It is now permanently hosted by the MacOdrum Library of Carleton University. The Internet Archive preserves a video where Mary Bramley, the curator of the exhibition, provides a narration as well as a Photo Gallery published in 2013.