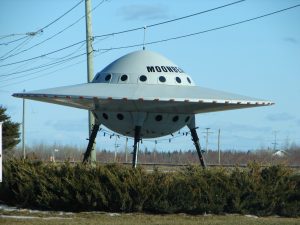 If you’ve ever done even a cursory search on UFOs, chances are you’ve come across that mythical American investigation, Project Blue Book. It officially ran from 1952 until 1969, at which point the infamous Condon Report denied any scientific basis to UFOs and the US Air Force shut down its investigation. Depending who you talk to, the American projects remain shrouded in mystery and intrigue. I imagine even the most diehard skeptics would be forced to admit that the US probably still has classified documents they’re not yet willing to release. Who knows what they might contain.

But as interesting as all that is, what excites me more is the fact that we Canadians also have UFO documents. And quite a lot of them too. Approximately 10,000 of them, all housed at the national archives in Ottawa. I know this, because I currently have copies of every single page sitting on a hard drive on my desk. And I currently have several ATIP requests in for several hundred (or even thousand) more. When I tell people what my dissertation project is, one of the most common responses is: “I didn’t even realize Canada had a UFO archive.” Last time I was at Library and Archives Canada, I told an archivist that I was studying Canada’s UFO documents, and was authoritatively told: “Well, this isn’t serious work.” There may have been a tentative question mark tacked onto the end of that statement.

In truth, it’s not really an archive at all. More like a keyword search.[1] Those 10,000 documents are spread around all over the place, but are clustered mainly in Department of National Defence and RCMP files. They start around 1945 and go all the way to the mid-1990s, when it seems the Canadian government had had enough, and stopped collecting reports of UFO sightings. There are sighting reports galore. Thousands of them. And they run the gamut from hilarious to baffling to downright boring. 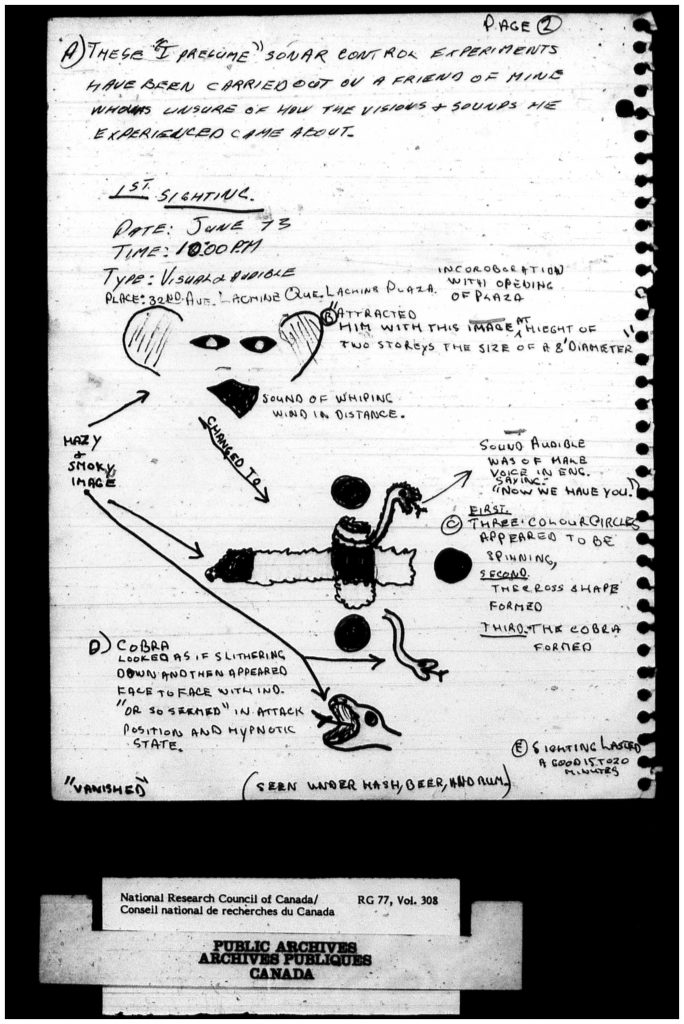 But that’s getting ahead of the story. That is, ahead of Project Second Storey, which was the Canadian government’s investigation into the phenomenon of unidentified flying objects.

Like Project Blue Book, Second Storey started in 1952, under the auspices of the Defence Research Board. The minutes from five meetings of the committee have survived, and they are…well…really bureaucratic. The highlight of the first meeting was picking the name for the committee – it actually began as Project Theta, but was changed to Second Storey at the second meeting because Theta was not a word “assigned to Canada under tripartite agreements”. Exciting stuff. 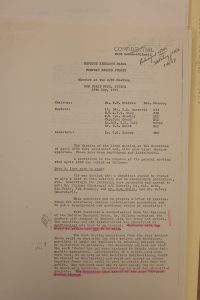 The bulk of the rest of the meetings involved the creation of a standardized sighting report form. Perhaps one of the most interesting notes is this short line in the minutes of the second meeting: “Contacts with the press or public are not to be made.” Aha! They were hiding something! But if they were, I haven’t found it yet.

By the 5th meeting of Project Second Storey, which took place about a year after it all started, the committee agreed that the “evidence to date did not seem to warrant an all out investigation by the Canadian Services”. It seems the committee went on indefinite hiatus from there, and responsibility for the investigation was ultimately transferred to the National Research Council in the late 1960s, much to that organization’s chagrin.

But these are all details you can fairly easily find online. This isn’t new information. On the contrary, UFO writers rehash these details all the time (that’s what sells books and tickets to UFO conventions!). But there is certainly new analysis to be done. 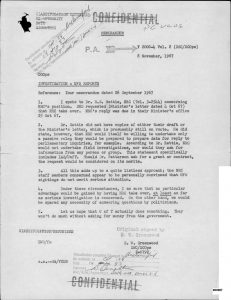 As far as I can tell, the whole project was a hot potato. Responsibility for the investigation changed hands regularly, and most departments wanted nothing to do with it. Most departments had no idea what to do with it, and I think that simple fact is what intrepid ufologists regularly fail to report: despite the thousands of pages of material regarding UFOs spotted in Canada during the Cold War, nobody seems to have ever had a clear idea of what they were or what plans might be in place in case they actually turned out to be real (in the typical sense of extraterrestrial visitors, benign or otherwise).

I feel like this is a dirty secret I’ve come to understand as I’ve gotten further and further into these documents. Read a few UFO books that specifically mention Project Second Storey (and they are still few and far between[2]) and you can’t help but come away with the impression that the investigation was important, time consuming, scientific, and still holds secrets even to this day. There is a kind of romanticism and maybe even nostalgia that many UFO researchers foster in their writing. It’s entertaining to read, but I think it’s also simply not true. Over and over, I’ve read memos that explicitly say the department in question doesn’t know how to properly report UFOs when a sighting comes in, or what department or agency is actually in charge of the investigation. Perhaps the Second Storey committee can be forgiven for this confusion, considering they only officially ran for a couple of years in the early 1950s, and the majority of UFO sightings in Canada during the Cold War occurred in the late 1960s and 70s. Institutional memory is short, and a topic like this may be easily overlooked and sidelined by government.

Even so, it appears that UFOs in Canada – to the dismay of many a ufologist out there – were always a low priority. Considering the CIA earlier this year dumped millions of previously classified documents, many of which pertain to UFOs, the thousands you can find at LAC seem pitiful in comparison. At the same time, I’m not trying to rain on any parade. The fact remains that Canada still did investigate UFOs. No matter how small or complementary the study may have been, I think that’s just plain cool. And as any worthy ufologist will say, you never know what they might still be hiding.

Matthew Hayes is an independent filmmaker and PhD candidate in Canadian Studies at Trent University. He has made over ten films, including his recently completed debut feature documentary Pushback. His dissertation research explores Canada, the Cold War, the history of science and technology, and UFOs. Follow him on Twitter @freefoodfilms.

[1] Thanks to Chris Dummitt for this distinction.

[2] If you’re interested, start with these: The UFO Files: The Canadian Connection Exposed (2010) by Palmiro Campagna and The Canadian UFO Report: The Best Cases Revealed (2006) by Chris Rutkowski and Geoff Dittman.