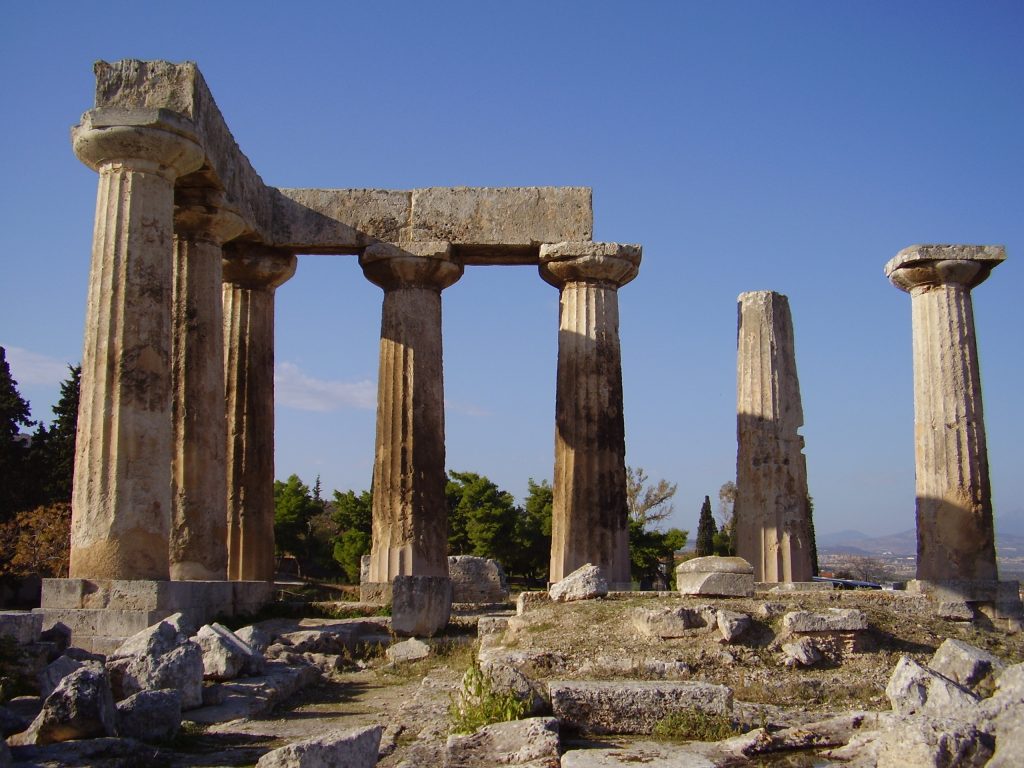 From Robert E. Lee to John A. Macdonald, the Monument War has now become an international conflict. To those shocked by how quickly this battle has escalated, the anti-monument agitators seem to be the 21st century’s version of 20th century totalitarians, wanting to erase or distort history so that it conforms to the spirit and prejudices of the present age. Yet the Monument War is not just a phenomenon of today’s university campuses or activist teachers’ unions.  In fact, memorials proved to be a hot-button issue – frequently the hot-button issue – for the ancient Greeks, who first developed, among other things, the very concepts of history and historical consciousness.

Herodotus, called the “Father of History” even in antiquity, more than 2,400 years ago wrote an account of the wars between the Greeks and the Persians, a struggle best known for famous battles like Marathon and Thermopylae. After these wars, the Persians had become for the Greeks the ultimate example of dangerous foreigners, a decadent people governed by a greedy master of slaves rather than communities of free citizens. Even so, Herodotus says that he undertook the task of recording the war so that the great deeds of both Greeks and Persians might not be forgotten. Herodotus’ history was thus a memorial to the Greeks and Persians who fought, killed, and died fighting over the fate of Greece.

Herodotus travelled around the ancient world to recite his history to delighted audiences, leading us to believe that Greeks were all too happy to hear of the valiant efforts on both sides of the conflict, no matter how hated and feared the Persians were. Even Homer hundreds of years earlier, Herodotus’ greatest literary ancestor and inspiration, had told of the Trojan War – what was for the Greeks the very first conflict between East and West, Asia and Europe – in such a way that many readers are drawn more to the Trojan prince Hector than the Greek hero Achilles as a model for human behavior. To the Greeks, great deeds were great deeds, no matter who performed them.

The Greeks were also keenly aware of the importance of physical memorials as tools for crafting and maintaining the community’s collective memory, and for demonstrating to the current and future generations what values the community holds dear and what actions should be emulated. The religious shrines of the Greek world, most famously Delphi and Olympia (the Greeks happily blended athletics with religion) are still today littered with grandiose monuments to military conquests, famous generals, and victorious athletes. Like Herodotus’ writings, such physical memorials propagate and preserve the memory of worthy accomplishments, and represent Greek history just as much as the written work of the first Greek historian does. 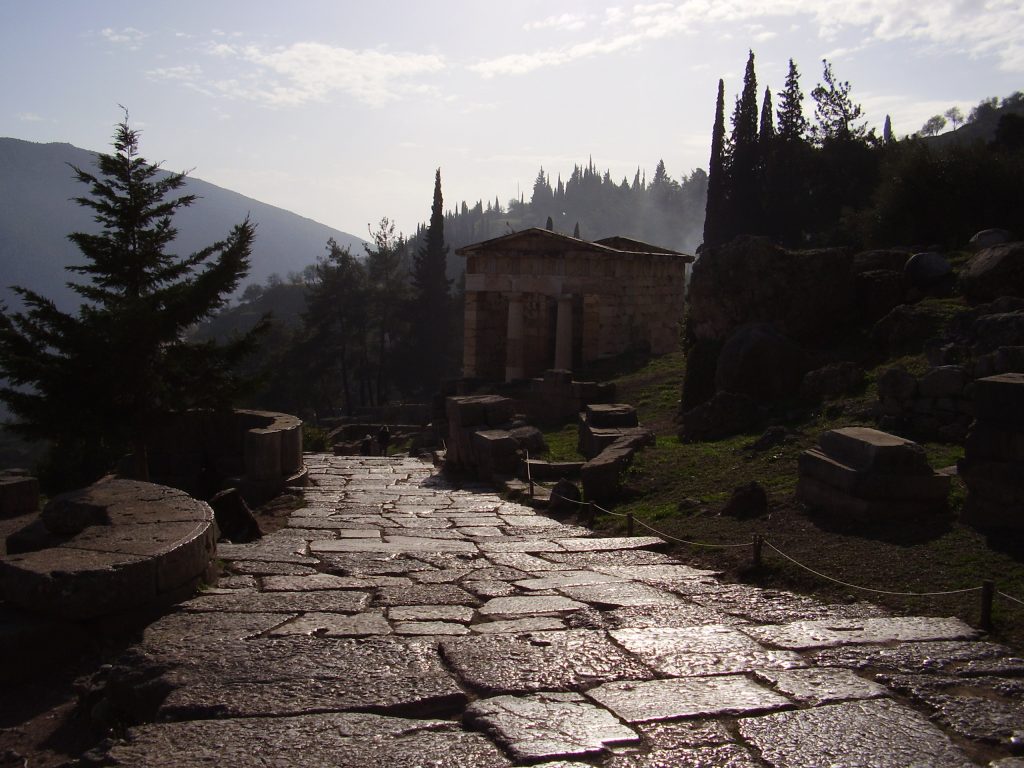 More than “history,” however, such memorials convey values and ideals. When the people of Corinth rose up to depose the city’s tyrants and replace them with citizen-rule, they erased the name of one of the tyrants from the treasury (a temple-like structure to house dedications) he had built at Delphi, hundreds of kilometers away, and replaced it with “the Corinthians.” Was this act the violent erasure of history – a very literal erasing had taken place – or an understandable response to history? Far from forgetting that Corinth had once been ruled by tyrants, or that a tyrant had built this treasury, a visitor to Delphi half a millennium later records the treasury’s relabeling and the story behind it.

Even more dramatic is an episode from the Peloponnesian War between Athens and Sparta.  The Athenians had become imperialistic rulers of an empire stretching across the Aegean Sea, and many states wanted out from under Athens’ thumb. The important city of Amphipolis was liberated from the Athenians by a Spartan general named Brasidas. When Brasidas died while successfully repulsing an Athenian attempt to re-take the city, the people of Amphipolis honoured him as a hero.  More than that, in a fit of anti-Athenian fervor, they violently tore down all the buildings having anything to do with the Athenian who had actually founded the city some years earlier, and declared that Brasidas was their true founder, an act of historical revisionism as blatant as it gets.  Did the people of Amphipolis expect the world to forget how and by whom their city was founded?  Of course not. Instead, they used the physical landscape and public rituals of their city to declare where they stood on the question of Athenian imperialism.

I suggest that these musings on ancient Greece are relevant today in three ways. First, the Greeks understood the difference between remembering and valorizing. Herodotus preserved many valiant deeds of the Persians, but he did so while making it clear that the good guys (the Greeks) won the war against the bad guys (the Persians). No one would read Herodotus and come away thinking “well, there really were two sides to this thing” – though we today are of course free to disagree with Herodotus’ characterization of the Greeks and Persians.

Second, removing or modifying memorials did not erase history. Rather, it put history in its proper context and demonstrated a community’s serious engagement with the past.  The Corinthians didn’t forget their tyrants, but instead celebrated their freedom from them.

And third, rather than representing a totalitarian impulse, both the creation and destruction of memorials often reflected a movement of the people against those trying to oppress them. Just as the people of Amphipolis revolted against monuments reminding them of their oppression, maybe we should celebrate that many groups now have the voice and power to revolt against reminders of all-too-recent and even ongoing oppression.

Today, just as in ancient Greece, far more than merely the preservation or destruction of “history” is at play, a point that those familiar with history should be quick to recognize.

Matthew Sears is Associate Professor of Classics and Ancient History at the University of New Brunswick, where he researches ancient Greek politics, society, and culture.

One thought on “The Monument War: Not just about “History””