By Neil Orford and Blake Heathcote

In January 1920, Stan McVittie was a fit and robust electrical engineer working at a hydro-electric generating plant on the Wahnapitae River in Northern Ontario. Just six years out of university, he loved his work and the outdoor life he’d known all his life. The future was brilliant. 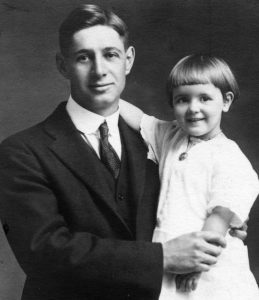 While his young wife and daughter were visiting her parents in St. Marys, Stan developed a mild cough and a fever, but nothing to worry about for a healthy 6’ 2” outdoorsman in his prime. A few days later while visiting his father and sister in Sudbury, his symptoms worsened slightly, so he paid a call on the family doctor ‘just to be safe.’ Nine days later Stan was dead from the Spanish Flu, like 50,000 other Canadians who’d died since the Pandemic first appeared eighteen months earlier.

In a stunningly short span of time, the Spanish Flu took almost as many Canadian lives as had
been killed during the four years of the Great War. Indiscriminate and horrific in its proportions
and the speed with which it spread and killed, the Pandemic profoundly impacted the history of
Canada.

In the long recent sweep of historical commemorations in Canada, recognizing the 100th
Anniversary of the Spanish Flu Pandemic seems odd – perhaps even a little bit
macabre. What would a grand monument to the Pandemic look like? If built in Winnipeg
(where so many were afflicted), would Halagonians be slighted? What could a broad
national commemorative project add to the existing scholarship about the Flu? Who is the target audience for a ‘Flu’ commemoration? Indeed, why bother?

In the year after the popularity and intrigue triggered by the 100th Anniversary commemorations of the Battle at Vimy Ridge, designing a project that illuminates the enormous impact of the Flu Pandemic on Canada’s history runs to the opposite end of the spectrum of ‘memory tourism.’ And perhaps more importantly, challenges us to reconsider what a 21st commemorative project looks like. 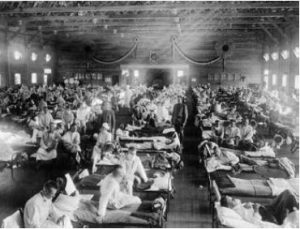 Isn’t this a story our students should know?

This political and social upheaval caused by the Pandemic is well-chronicled by eminent
Canadian historians, such as Mark Humphries in The Last Plague: Spanish Influenza and the Politics of Public Health in Canada (2013) ; Esyltt Jones’ Influenza: Disease, Death and Struggle in Winnipeg (2007) ; and Mike Clare in his 2015 iBook, “Stepping Out with the Spanish Lady”,
written for the Canadian Century Digital Scrapbook series.

The global scope of the Pandemic has been investigated with precision by Laura Spinney in her 2017 publication, Pale Rider: The Spanish Flu of 1918 and How It Changed the World, and there are many other papers and dissertations across Canada that position the Flu Pandemic in its historical context.

The Spanish Flu is now understood by all as a contributing factor to the end of the Great War, and the subsequent economic turmoil of 1919-20. What we know little about is how the Pandemic affected individual Canadians and communities throughout every province
and region. Unknown stories, such as Stan McVittie’s, represent a ‘micro-history’ of our country.

Over the next 24 months, Testaments.ca (a Canadian-owned digital education service) will be
leading research projects with schools, heritage organizations, and community groups across
Canada to commemorate the 100th Anniversary of the Spanish Flu Pandemic.

In 2018, working in coordination with the Ministry of Canadian Heritage, Library and Archives
Canada (LAC), ActiveHistory.ca, Huron University College, and dozens of Canadian school boards, organizations, and institutions, Testaments.ca will launch our ‘Digital Commons’ platform. This will provide a nationwide forum for students in Arts, History, or Science classes to create and share commemorative projects and content, featuring local and regional stories about the Pandemic.

Pandemic stories exist in the hidden-reaches of many diverse communities nationwide – in
Indigenous, immigrant, rural, as well as urban settings. These are ‘Flu-stories’ that need to be told.

Using the award-winning Digital Historian Project™ (DHP) model for experiential learning,
teachers who subscribe to the Testaments.ca Commemoration Program (at no cost) can
explore the history, science, and public health stories of 1918–1920 with their classes. The
core concept of the DHP is to provide students with digital storytelling skills and tools, and to
empower them in their explorations researching history, language arts, and social studies.

Each student chooses a person or an event that has some personal meaning for them (a family
connection, something from their community), and that student then explores the Spanish Flu
Pandemic from the perspective of that person or event.

Specifically, the students construct or ‘tell’ a story from that singular personal perspective as a means of coming to better understand the Pandemic, and to bring a large subject into focus through a more intimate, human lens.

A major feature of the DHP is our ‘7 Sentence Storytelling Guide’, which introduces students (in any discipline) to the principles of structured narrative. On our website, we will provide downloadable learning materials, assets, templates, online tutorials, and digital research inquiry lessons to guide them every step of the way. When complete, their stories are presented in any digital medium (eBooks, websites, videos, interactive displays, exhibits), and shared on Testaments.ca’s ‘Digital Commons ’ – the term Testaments.ca uses for its shared meeting space for students and researchers on the Platform.

The digital framework is one of the many reasons why the innovative DHP is such a powerful
learning template, and why it forms the foundation of the Ontario Ministry of Education’s 2016
document, “Community-Connected for Experiential Learning.” The Project was featured on the
Ontario Ministry’s EDUGains website , and was also recognized with a Government of Canada
History Award in 2015.

Combining the strengths and skills of digital research, storytelling, independent study, and multi-disciplinary thinking, the DHP offers schools and museums across the country an exemplary template for conducting digital research with students in virtually any subject discipline. For example, with history teachers it encourages the integration of data management principles into historical inquiry classwork. Statistical evidence thereby becomes a significant factor in guiding student learning.

And now we need YOU!

Working with ActiveHistory.ca, our goal is to locate and identify the ‘micro-history’ of the Flu
Pandemic from every region in Canada. We want the stories, the statistics, the photos and other
primary documents to build the ‘digital assets’ needed for the Testaments.ca Platform.

Curating an archive on the Platform that contains a broad national narrative also requires scholarship, and through the Project, we are looking to reward scholarship in interdisciplinary
Flu research, to be featured for use on the Platform. If you have published work on the
Canadian ‘Flu-story’, and are intrigued by the potential for the DHP through the Testaments.ca
Platform, then reach out to us!

Beyond telling the ‘Flu-story’, Testaments.ca also hopes to see the Digital Historian Project ™
model adopted by schools across Canada – ‘student-engagement’ in Canadian History is a
major challenge, one which Testaments.ca argues is well-addressed by the DHP.

The commemoration of the 100th Anniversary of the Spanish Flu Pandemic in your program will engage your students in rich historical inquiry, and establish connections for them that extend far beyond the classroom. You can display your students’ work for an audience across the country on the DHP’s Digital Commons, and ‘crowd-share’ the Canadian stories that have impacted and shaped our history. This commemorative project will make you and your students a significant part of our national heritage. 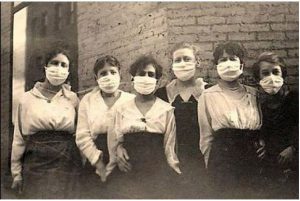 Learn more about the DHP and the significance of the Spanish Flu Pandemic at: www.testaments.ca

One thought on “Commemorating the 100th Anniversary of the Spanish Flu Pandemic: Testaments.ca”