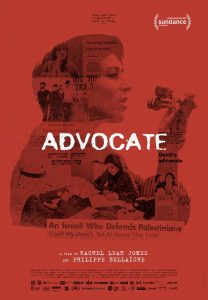 Since I started doing the podcast back in 2012, there have been a lot of topics and discussions that have surprised me. Perhaps nothing was as surprising, though, as when I learned of the new documentary Advocate, which premiered earlier this year. The film tells the story of Lea Tsemel, an Israeli lawyer who has spent her career defending political prisoners, including many from Palestine. Her story is one of strength, perseverance, and the power of standing up for principles in which you believe. It premiered earlier this year and has earned positive reviews following its screenings at Hot Docs in Toronto.

In this episode of the History Slam I talk with filmmakers Rachel Leah Jones and Philippe Bellaiche about their documentary. We talk about Lea Tsemel, her career, and how she is perceived in Israel. We also talk about the challenges of putting together the film, its narrative structure, and why this story is so important to share.