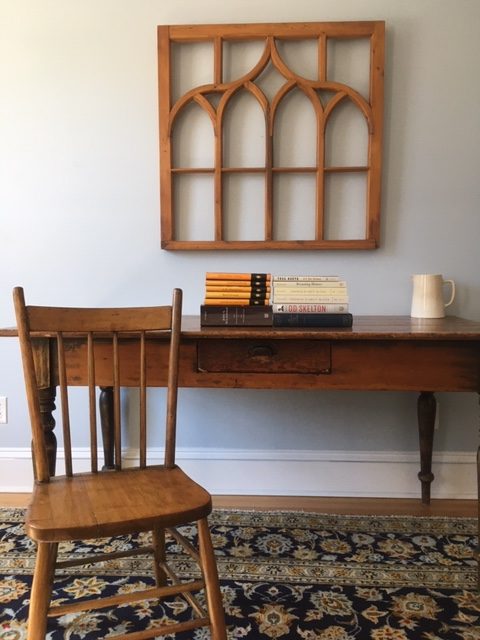 Billing them as tonics to our unnerving times, newspapers around the world are keeping pandemic reading lists. When the Globe and Mail invited Margaret Atwood to weigh in, she recommended In the Lateness of the World, a new poetry collection by Carolyn Forché. But, she quickly added, Forché’s poetry can be “pretty dire.” Indeed, the image of a child refugee floating face-down in the sea, “its eyes taken by fish or the birds above us,” is hardly encouraging. Clearly, Atwood is cut from a tougher cloth than I am.

But the Globe’s list got me thinking: what books are Canadian historians taking into isolation? And so I wrote to a handful of historians, more or less randomly selected.

Reading the 1918 reports of a military spy, written shortly before the 1918-19 influenza epidemic, Greg Kealey was struck by the confluence of post-war radicalism and catastrophic disease. Fortunately, Kealey continues, Esyllt Jones had anticipated this when she wrote that “epidemics and social revolution are two sides of a coin.” Influenza 1918: Disease, Death, and Struggle in Winnipeg argues that influenza “destroyed lives and put a crack in the social order,” but “it also spun the web of solidarity and generated a theatre of collectivity.”

History, even the history of a pandemic, is oddly comforting: we got through it then, we’ll get through it now. Wanting to understand how a city comes to grip with a disease and with the fall-out, Max Hamon is also reading Influenza 1918 because, in his words, it considers “how a disease functioned as an agent of historical change.”

Thinking about change, sudden change in particular, led Linda Kealey to Linden MacIntyre’s The Wake and its two inter-related stories: the 1929 tsunami on the South Coast of Newfoundland and the subsequent development of a fluorspar mine in St. Lawrence. “Both were disasters,” writes Kealey. “One was environmental as well as human; the other was human.” Reading about a natural and human disaster during a disaster that is also natural and human offers historical perspective, Kealey adds, when historical perspective is precisely what we need.

The Wake is also a story of resilience: people never take history lying down, a point Lara Campbell appreciates. Re-reading No Fault of Their Own by James Struthers, she is “reminded that while welfare state polices were often unfairly structured and were never intended to eliminate inequality, marginalized people did not accept those limitations without argument or resistance – instead, they pushed their governments to treat them and their families with dignity, compassion, and respect.”

Confronting a novel virus can be disempowering: what can one person do? Yet people do amazing things all the time. Interested in what makes people tick, Penny Bryden is reading Constance Backhouse’s biography of Claire L’Heureux-Dubé. It’s “enormous” in every sense of the word, writes Bryden, and although it has been on her shelf for a couple of years, now seemed like a good time to read it. A smart, powerful, and inspiring woman, L’Heureux-Dubé had courage in spades: no valley was too wide for her to cross and she became only the second woman to be appointed to the Supreme Court of Canada.

History, Donald Creighton said, “can give you a sense of courage in a difficult and dark world.” I’ve always liked that idea, now more than ever. To find courage in a dark world, Brittany Luby is reading Robin Wall Kimmerer’s Braiding Sweetgrass, a book that she has been lugging across the country for six years. Framed as an Indigenous – rather than a Canadian or an American – exploration of Turtle Island, it celebrates our many and reciprocal relationships with the natural world. As spaces for human connection close, Luby writes, Braiding Sweetgrass “reminds me of the connections that remain.”

Because connection, especially the kind of connection that can only come from a family adventure, is at the top of John Walsh’s mind, he has put Nicole Neatby at the top of his to-read list. From Old Quebec to La Belle Province is so damn good, he writes, intellectually and emotionally. “Reading about summer car trips, tourist traps, souvenirs, and, especially, 1960s Montreal, is good for the socially isolated soul.” Curiously enough, Béatrice Craig is also reading From Old Quebec to La Belle Province, that is, when she isn’t reading mystery novel after mystery novel, especially Frances Brody’s Kate Shackleton mysteries!

PhD students don’t have a lot of time to read outside their fields and I suspect that more than one doctoral student has self-isolated with their comp reading lists. But Joseph Burton is using this time to read Greg Kealey’s Spying on Canadians. Echoing something else that Creighton said, that a knowledge of history allows you to stand up against the world, Burton insists that we understand the problem of state violence across time: “Only in this way can we build the coalition politics capable of effecting true democratic governance.” For her part, Deanna Turner has chosen Mapping with Words: Anglo-Canadian Literary Cartographies, 1789-1916 by Sarah Wylie Krotz. “During this exceptional time of distancing,” she writes, “I am dwelling on conceptions of space and how people have orientated themselves throughout time.”

Denis McKim is also reading a literary history, Carole Gerson’s A Purer Taste, which explores the colonial, conservative, and morally pinched culture of reading and writing in nineteenth-century Canada. The past really is a foreign country. Of course, that’s what makes it so interesting, a point Marg Conrad makes. The three-volume History of the Book in Canada, she writes, is “packed with delightful information on aspects of Canadian cultural history that can be found nowhere else.”

Newly-minted PhD Daniel Meister is holed up with his dissertation and a pack of red pens, but when he isn’t editing his thesis on the intellectual history of multiculturalism, he’s reading White Settler Reserve: New Iceland and the Colonization of the Canadian West by Ryan Eyford. “It’s been described to me as an essential work that delves into the histories of race, colonialism, and liberal order.”

Meister isn’t the only historian who is using distance and isolation to work on a manuscript. Suzanne Morton is writing a history of the lobster fishery in Nova Scotia at her home on Nova Scotia’s South Shore To help her think about that fishery, she’s re-reading the history of another fishery: The Cod Fisheries by Harold Innis, a book she read a million years ago for her comps. The key to that book is its subtitle: The History of an International Economy. As a writer, Innis had no inner urge to artistry, but reading Innis is a wonderfully exhausting intellectual exercise: because he crisscrosses the ocean and because every sentence could be a topic sentence, readers never catch their breath, but they are in better shape for it.

For personal reasons, Jeff McNairn has taken Arthur Silver’s The French-Canadian Idea of Confederation into isolation. “It’s the book that made me a Canadian rather than British historian,” he writes. “Returning to it grounds me in my own history – reading it as an undergraduate for a thesis on Wilfrid Laurier, listening to my doctoral supervisor’s voice, and teaching chapters to my own students in Quebec history at York and then Nipissing.” And because the current crisis will only increase anti-intellectualism, “it’s good to create the space for our personal and collective intellectual histories.”

What am I reading? Jacques Cartier’s Voyages, edited by Ramsay Cook. Cartier’s descriptions of the natural world offer an escape from the built world of my house and the endless news cycle. But I have confession to make: following Margaret Atwood’s lead, I’ve ordered a copy of In the Lateness of the World. The image of a drowned child is made bearable by Carolyn Forché’s related promise: “I will see that you arrive safely, my friend, I will get you there.”

Donald Wright teaches history and politics at UNB and is the author of Canada: A Very Short Introduction (Oxford University Press, 2020).