The early history of baseball in New Brunswick’s Black communities has yet to be written. A glimpse into the chapter of that heritage before the First World War is, however, found in the Saint John Daily Telegraph headline of 10 May 1889: “The Colored Club of Fredericton.” In a short column, the newspaper announced that:

Mr. Boyd, of the colored ball club of Fredericton, has received word from Capt. Washington, of the St. John colored club, that the latter will be unable to play there on May 24th, owing to their having an entertainment in St. John on that date. The Fredericton colored base ballists therefore hope to beat their St. John brethren at a later date.[1]

This public challenge between Fredericton and Saint John offers some of the earliest clues to the formation of organized baseball among Black community members in the province. The contact for the Saint John team was actually Robert Washington. He was the son of Thomas C Washington, a successful black restaurant owner at 105 Charlotte Street 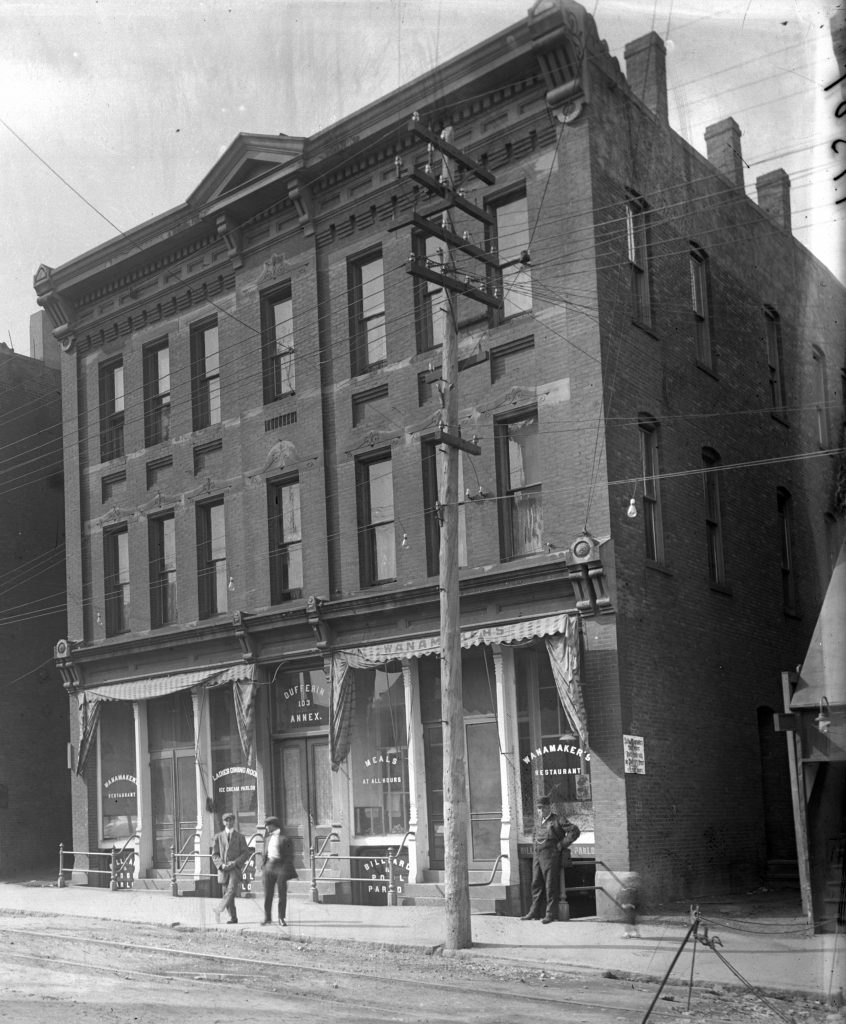 Thomas was probably a principal organizer of the first Black baseball club in New Brunswick.  Although a long-established resident of the port city, he originally hailed from New York City. Born there in 1837, he arrived in Saint John in 1860.[2]

Thomas married Mary E. Watson soon after his arrival in the city. She was the daughter of Henry and Susan Watson who lived on Duke Street. When his mother died in New Jersey in 1875, he received 50,000 dollars from the estate.[3] This may have helped him start his first “hair dressing shop” on Prince William Street. Although the business was lost to the “Great Fire of 1877”, the Washingtons re-established themselves with a home at 124 Mecklenberg Street purchased for 3,000 dollars from Cornelius Sparrow. They opened another shop at 32 Charlotte Street opposite the City Market.[4] In 1879, Washington consolidated his enterprises and took over George Sparrow’s successful saloon and restaurant at 103-105 Charlotte Street.[5] The Sparrow brothers were close business associates of Robert and Georgina Whetsel. 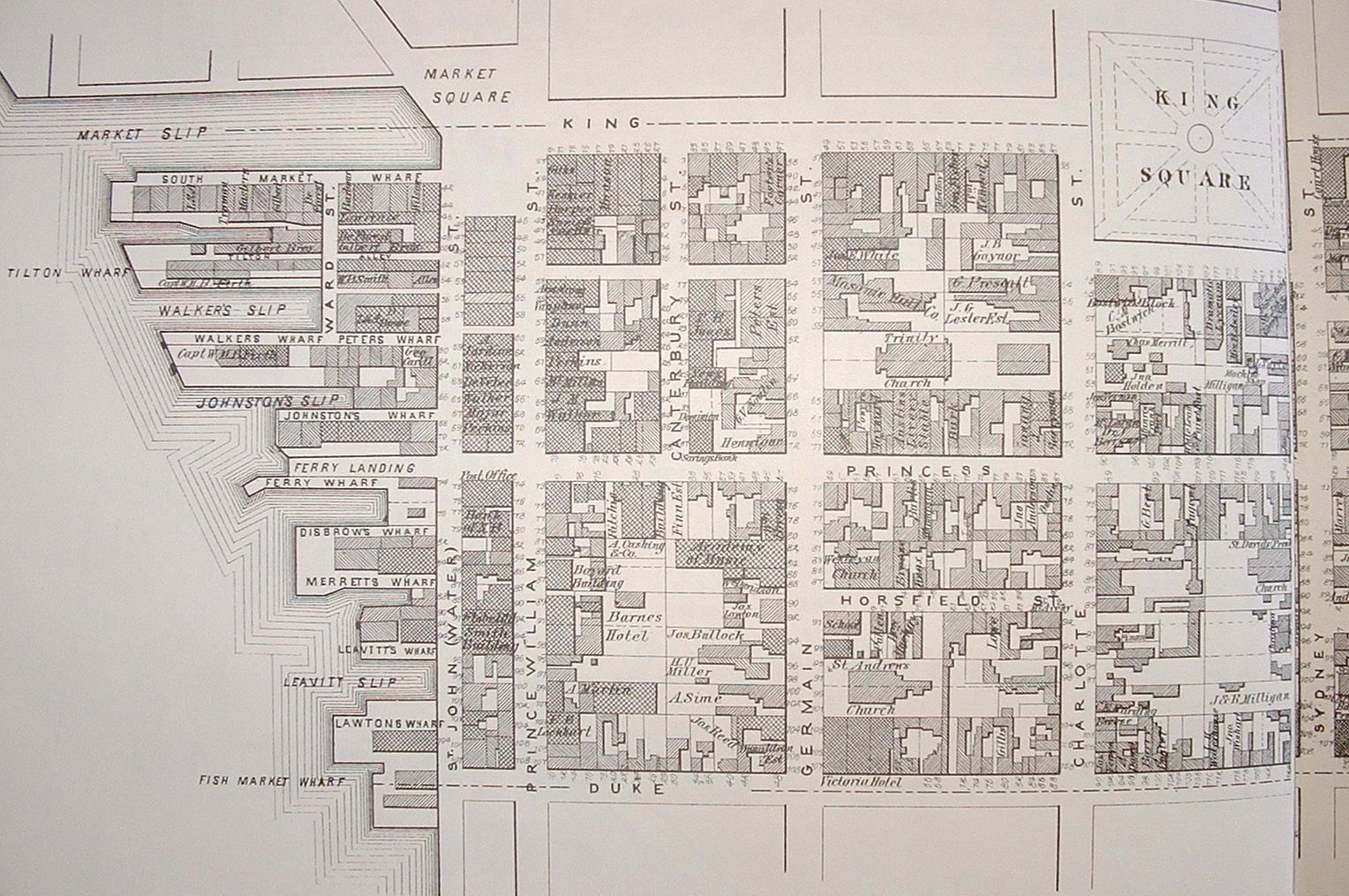 To support their growing family of four sons and two daughters, Thomas opened a barber shop at 150 Duke Street with his son Silas in 1880.[6] Thomas also opened new quarters for the barber shop contained in what is now called Prescott House on Charlotte Street. Keeping the name Lorne Restaurant—well-known to Sparrow’s clients—it was just across the street from the Dufferin Hotel.[7]

Thomas was a staunch supporter athletics and the arts. Having received formal training while still in New York in the 1850s, he emphasized theatre and operatic performances. With Mary, he gave support and direction to benefits held at the theatre in the Mechanics’ Institute as early as 1878. Ads referred to him as “Professor Washington” and his Jubilee Singers, and, the founder of the “Colored Juvenile Pinafore Troupe.” They put on three performances in 1880. On various occasions, he provided musical entertainment for visiting groups and sometimes beyond Saint John. [8] 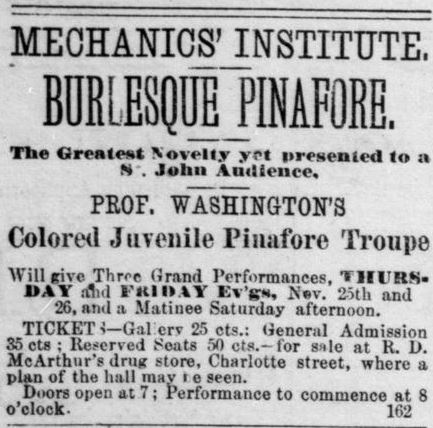 The presence of an all-Black baseball team in Saint John existed as early as 1886. A small announcement in September of that year: “two colored clubs,” the Alerts and the Resolutes, would play on the Barrack Square in the South End. “Wearing new and tasteful uniforms,” both clubs would demonstrate their talent with “curve” pitchers and “play the full American game.”[9]

In a subsequent article three days later, there are more specific details about team composition. The Alerts represented Indiantown in the North End. They are predominately led by members of the Hector family from Spar Cove: 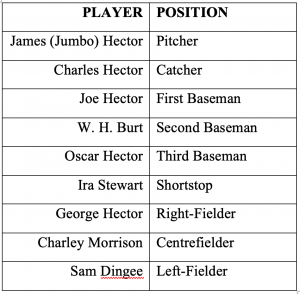 Captain Burt had his team decked out in tri-coloured caps, blue belts, bottle green pants, low-cut vests, and white ties. The press referred to them as the Black Stockings or Royals.[10] 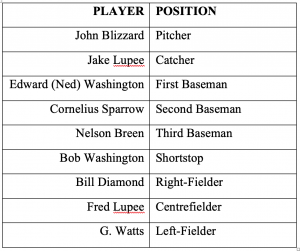 Touted as “the strongest colored nines to be found in the maritime provinces,” the press noted Jumbo Hector for his graceful curve ball and heavy hitting. Rumour had it that the Alerts might bring in some “dark horse” American players, which they did not. The best hitter who landed a ball through the exhibition windows at Barrack Square would receive a box of cigars as a prize. The final score was tied at 25 to 25 after nine innings; darkness prevented them from playing any longer.[12]

There is a hint that another Black team preceded or replaced Washington’s club. On 15 September 1888, The Daily Telegraph reported that the “Royals colored” team made arrangements with another “colored club” from Halifax to play a match on the Barrack green in the South End. News reports confirm a game was held on the Barrack Square on 20 September between the Saint John Royals and the Halifax Stanleys.<[13]

Analyzing the lineup, the Alerts and Resolutes merged in the summer of 1888 to become the Royals baseball club. In 1889, they emerged as the Ralph Waldo Emerson Colored Baseball Club. Named after the American poet-philosopher and well-known abolitionist, the composition and background of specific players is speculative and it is not known how long they lasted as an organized body.

During the same period, Thomas C. Washington’s Restaurant and Saloon provided suppers for cricket and baseball teams including the St. John Cricket and Athletic Club and the Young Men’s Christian Association (YMCA). In May 1889, Thomas’ troupe put on a concert for the benefit for the Royal Ball Club. Evidence seems to suggest it was the same Royals who later evolved into the Emerson Colored Baseball Club.[14]

Moreover, the news item reported on a sizeable victory for the Royals with a score of 37 to 11. Owing to the excitement for the game, more than 1,500 spectators turned out for the showdown. The Halifax club was attired in “neat blue suits” while the newly formed Royals had players with a mixture of “long trousers and short trousers; some who had rolled up their trousers turned them up on the inside so that they would reach only to the knee and presented a laughable sight when one of the legs would come to the ankle and the other stay at the knee.”<[15] While the crowd may have found humour in their jumble of styles and colours, or absence of shoes on players who could not afford them, praised their play.

Combing through contemporary vital records and family genealogies alongside the reported Royals lineup, the Royals roster comprised the following players: 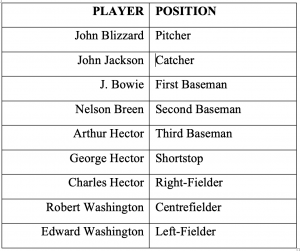 Winning the game, Jackson was selected best player with seven runs and awarded a box of cigars.[16] In a second game the next day, the Royals won again 33 to 9.[17]

Much of the support for baseball may have depended on the role and energy of Thomas C. Washington. During the 1890s, his restaurant flourished. It was often the scene of after-theatre suppers for patrons of the Union Street Opera House. 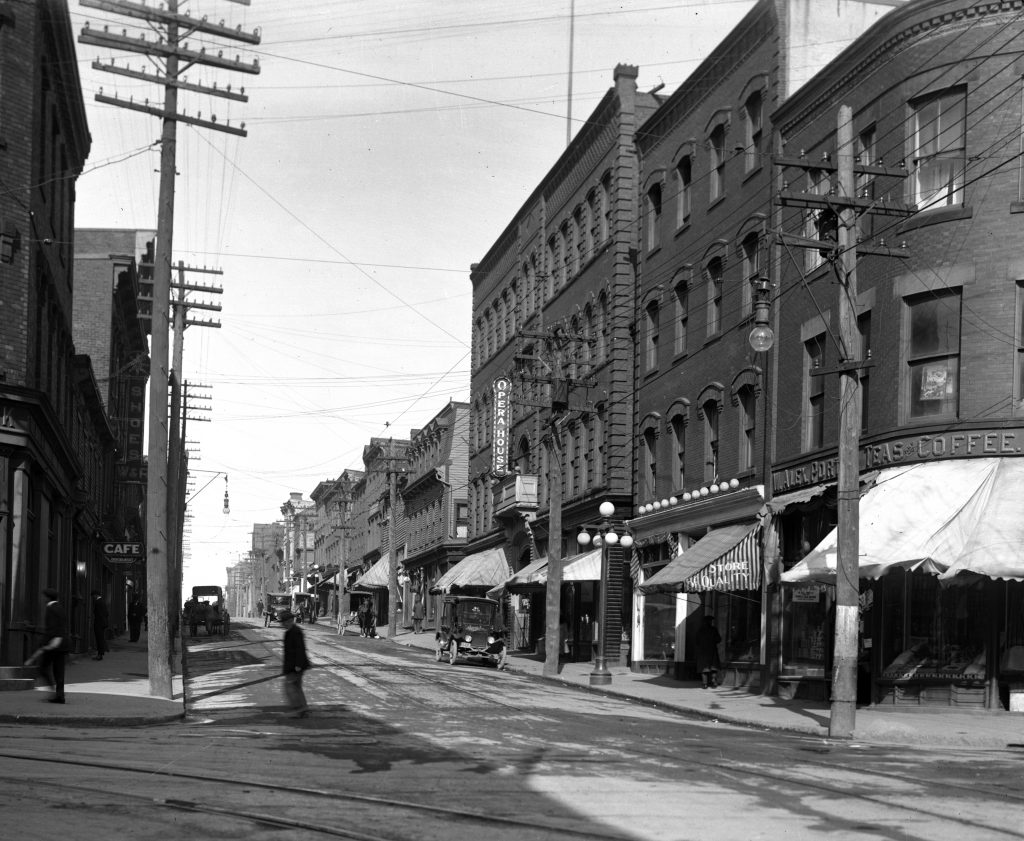 Washington’s Café added a popular ice cream parlor in the summer of 1891. To meet the growing demand for vanilla, lemon, strawberry, ginger, pistachio and pineapple flavours, Thomas incorporated electricity to run the service. Sometimes, quantities of Buctouche oysters were also available to the shopping public at their bar.[18]

He employed his two sons, Robert and Edward, as well as his daughter, Florence, to assist him and his wife. Florence also participated actively in his theatrical troupe and light operatic productions in the city.[19] While Thomas expanded the services of the restaurant to include, for example, catering the annual Saint John Exhibition, other family members looked after boarders above the restaurant in Prescott House.[20]

At the peak of his success, Thomas suffered an acute attack of Bright’s Disease in February, 1897. This deterioration of the kidney is often compounded by high blood pressure and heart disease; he died within a week on 1 March at sixty years old.<[21] In paying tribute to him, the 2 March Daily Telegraph noted his successful business and civic life as well as his devotion to St. Phillips Church. Thomas “was always foremost in anything that tended to uplift the colored population of this city,” it stated.[22]

Mary assured the public on 6 March that the restaurant would continue to give special attention to ladies attending their parlours on par with those in New York and Boston restaurants.[23] Within a year, Robert married and continued to live at Prescott House; Edward married Ida Cunliffe and moved to Fredericton. Florence stayed on until June 1911, having married Cadmon Richardson Rose of Eastport, Maine. She cared for Mary until she died on 12 August at the age of eighty.[24]