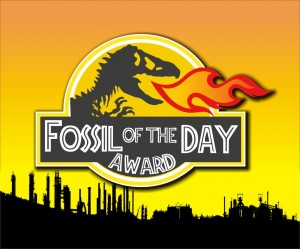 In 2013, Canada was bestowed the satirical “Lifetime Unachievement” Fossil award by Climate Action Network International in recognition of the country’s record of obstructing global climate change talks. This dubious distinction was well-earned by Stephen Harper’s Conservative government. But its Liberal predecessors and successors didn’t do much better when it came to actually reducing the country’s greenhouse gas emissions. For pretty much all of the twenty-first century, Canada has been considered a climate villain.

It might be surprising, then, to hear that Canada was once an international climate change leader – and under a Conservative (well, Progressive Conservative) no less! In this post I’d like to provide a survey history of Canada’s changing climate diplomacy. This chiefly involves Canada’s actions through multilateral institutions, the United Nations specifically. However, as I’ll show, Canada’s international stance on climate change is usually influenced by the implications for the Canada-United States relationship.

International ozone talks in the 1980s included discussion of what would eventually be known as climate change. Brian Mulroney’s government was a leader on the road to the 1987 Montreal Protocol on Substances that Deplete the Ozone Layer. The signing countries agreed to phase out chlorofluorocarbons (CFCs). By the end of the twentieth century, CFC production had been mostly eliminated, and the hole in the ozone layer was shrinking. This protocol is now heralded as one of the few success stories for global environmental governance.

Canada was initially aggressive on carbon dioxide emissions, too. At the 1988 Toronto Conference, sometimes cited as the start of international diplomacy on climate change, Mulroney promoted the adoption of a law of the atmosphere. However, this idea didn’t have American support, and soon faded away. Nevertheless, both countries participated in the meetings that created the United Nations Framework Convention on Climate Change (UNFCC) in 1992. Canada, but not the United States, committed to limiting greenhouse gases (including CO2) not covered by the Montreal Protocol to 1990 levels by the year 2000. 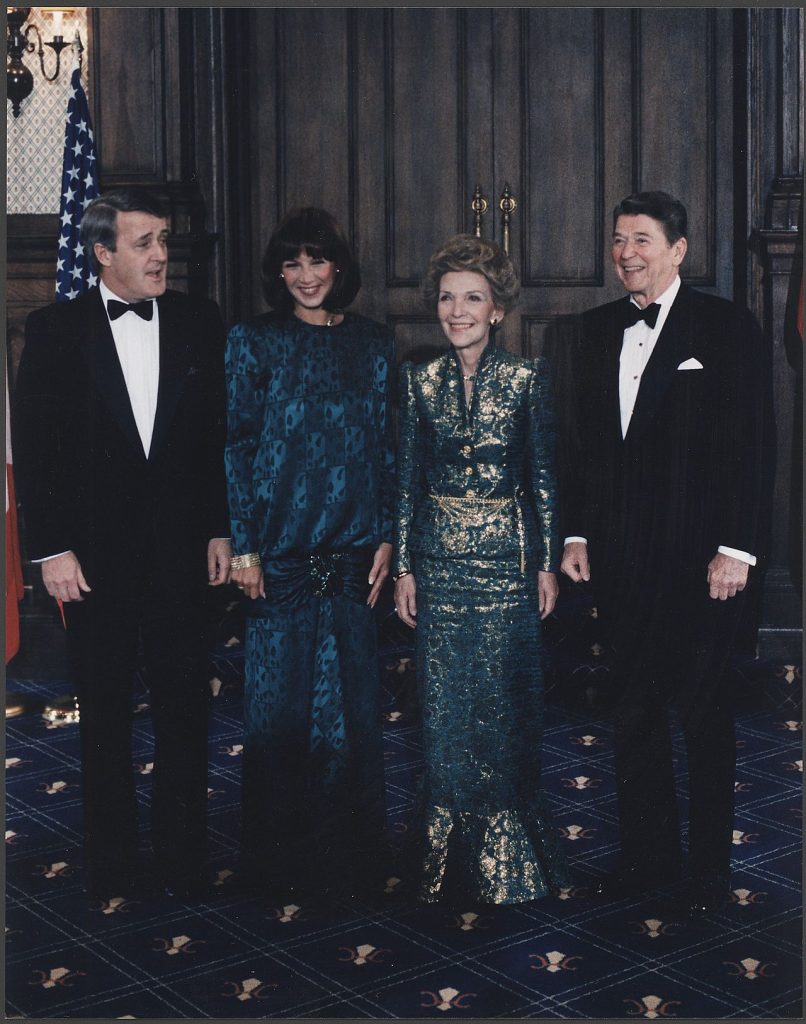 Brian Mulroney’s enthusiasm for climate change waned during his later years as prime minister. We can debate just how personally invested he really was in environmental protection, or whether he just saw it as good politics. But his time in office nonetheless has a real claim to Canada’s “greenest” government (though I’d argue that Mulroney’s pro-environment accomplishments have to be balanced against the myriad unsustainable repercussions of the free trade agreements he co-authored).

Busy reducing budgets and implementing austerity measures, Jean Chretien’s Liberal government was much less keen about attending to greenhouse gases (though the prime minister did seem to get a little more interested in his last term). During the 1990s, Canada moved from being an early proponent of combatting climate change to one of the obstacles. Rather than greenhouse gas emissions going down, as Canada had previously pledged, they went up. 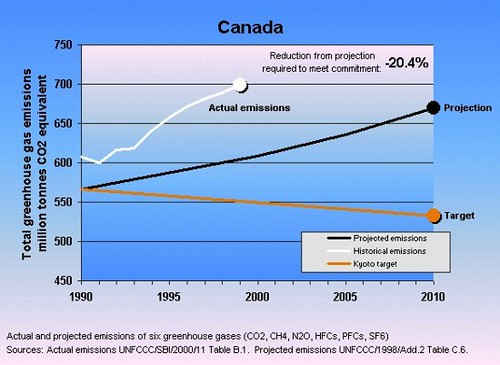 Chretien’s government did sign the 1997 Kyoto Accord, committing to a 6% emissions reduction below 1990 levels by 2012. But really this was done for the optics of keeping pace with the US and the Clinton government. The Liberals didn’t ratify Kyoto until 2002, and never seriously tried to hit its targets. Of course, that had a lot to do with intergovernmental relations between the federal government and the provinces, which has remained a perpetual stumbling block on climate issues. Granted, some North American subnational and regional levels of government addressed climate mitigation in other ways that didn’t involve the national governments. 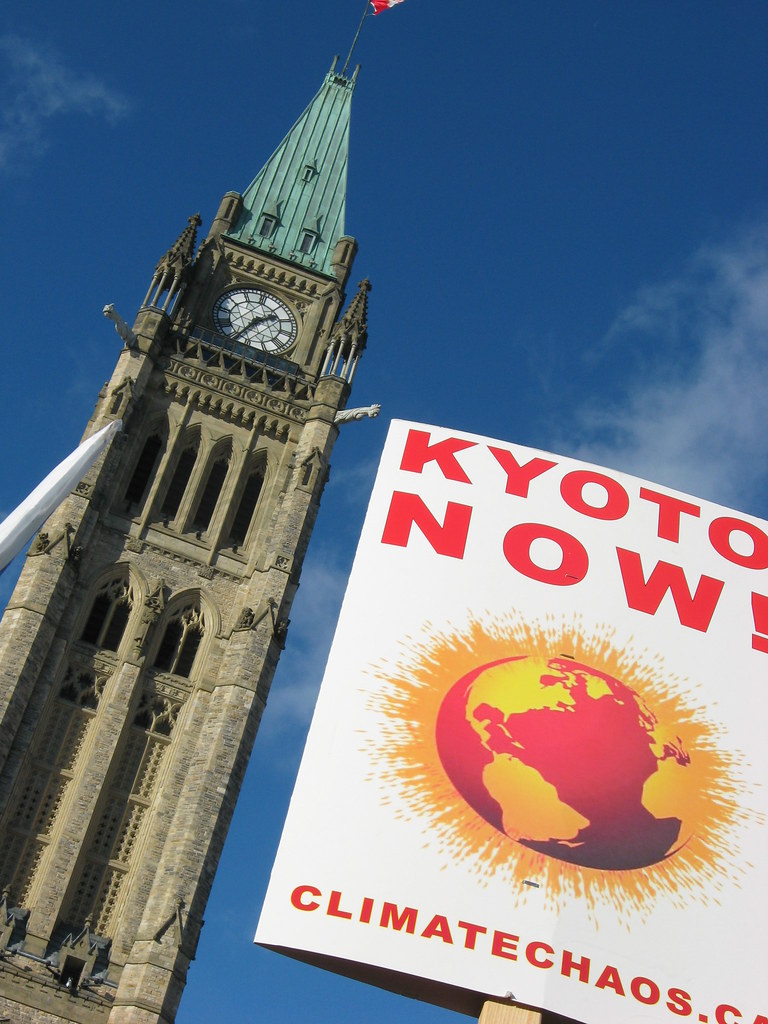 Ottawa’s international position on climate change has as much to do with the United States as the provinces. Canada’s fossil fuel industry has historically been American-financed and much of the product exported south. Any international agreement to limit greenhouse gas emissions is inherently linked to fossil fuels and energy production. Many politicians and commentators argued that Canadian industry and economic growth would suffer if Canada limited carbon emissions while the US did not.

Moreover, given that the United States was historically the largest total emissions contributor (passed in 2006 by China), many insist there isn’t much point of trying to hit climate change goals if the biggest countries in the world don’t sign on. Consequently, the Canadian government has often tied its stance to that of the US. When the United States supported emission reductions, Canada looked bad if it don’t commit to the same. However, if the US didn’t pledge to limit emissions, neither did Canada.

Climate change issues couldn’t have been much lower on George W. Bush’s agenda when the Texan won the 2000 election. The same could be said for the Harper-led Conservatives – like Bush, beholden to the oil patch – who won minority governments in 2006 and 2008 before later securing a majority.  The Harper government purposefully obfuscated and dragged its feet on climate change in order to slow or sabotage the process, both at home and abroad. It disingenuously dangled a Canada-US treaty on climate change that new US president Barack Obama declined. Harper then used American inaction on reducing greenhouse gas emissions – congressional Republicans were thwarting Obama’s efforts – as cover for doing nothing.

Canada’s pledge to reduce emissions under the non-binding 2010 Copenhagen Accord mirrored those of the United States (spoiler alert: neither country hit the target of reducing emissions to 17 percent of below 2005 levels by 2020). Discussions for a North American cap-and-trade program for carbon emissions didn’t produce anything; at least both countries managed to legally designate carbon dioxide as a pollutant. The recession and then Obama’s veto of the Keystone XL pipeline further hindered energy and climate talks between the two countries. In 2011 the Harper government withdrew Canada from the Kyoto Protocol, citing the fact that the US had never signed on. After winning a majority government in 2012, the Conservatives fully dispensed with the pretense that they cared anything about climate change. 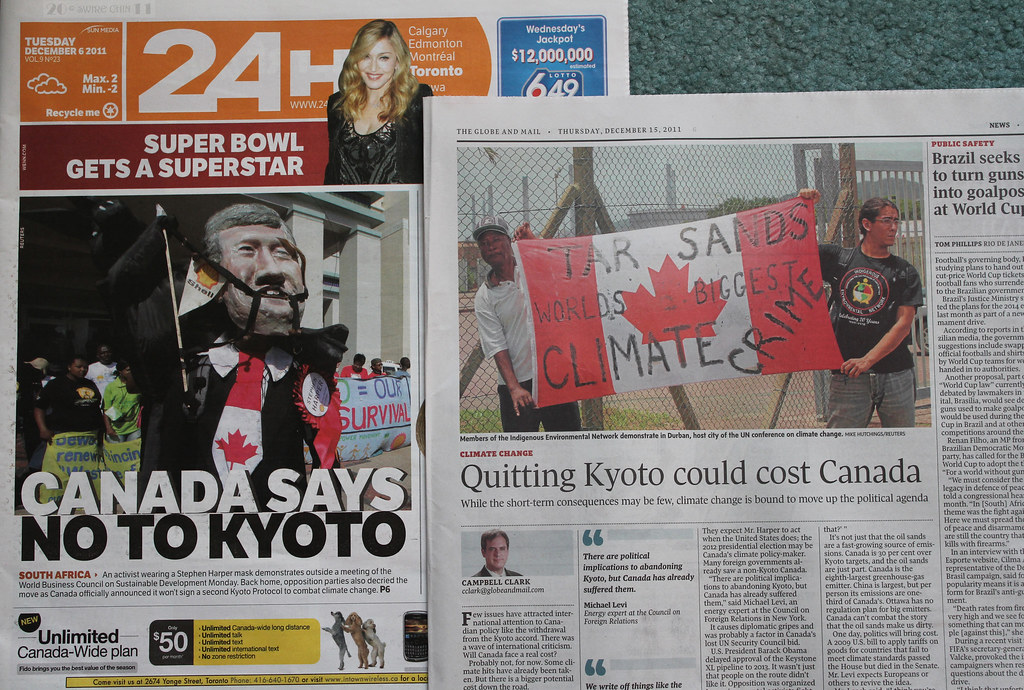 A few years later, Trudeau the younger produced a lot of nice-sounding rhetoric about addressing climate change. And he may have meant a lot of it. His Liberal government was active in the negotiation of the 2015 Paris Climate Agreement, and then quickly signed on. The Paris Agreement, a legally binding treaty through the UNFCC, was predicated on limiting global warming to 2 degrees Celsius (preferably 1.5 degrees). Domestically, the Trudeau government introduced a federal floor on carbon-pricing for all provinces that hadn’t set a carbon tax on their own (though it had to buy a pipeline to get Alberta, the major emitter, to sign on to this Pan-Canadian Agreement).

The United States initially signed the Paris Agreement as well. But Donald Trump quickly withdrew the country from this agreement after assuming the Oval Office, and began dismantling and undermining climate change and environmental policies. The incoming Biden administration sounds like it will take climate change seriously, but we’ll see.

Canada today remains near the top of the list of per capita emitters, along with the United States. Granted, most provinces, and many sectors of Canadian society and industry, have been decarbonizing. But the continued exploitation of western fossil fuels, especially the tar sands, means that Canada’s overall contribution to climate change emissions has basically stayed the same.

Climate change is one of the defining issues of our current epoch. Moreover, climate and environmental diplomacy is one of the few foreign affairs arenas in which Canada could be considered a superpower (though in the negative sense). Given that, perhaps it is time for historians to attend to Canada’s international position on climate change too (as the suggested readings below attest, political scientists have been busy carrying the load).

Of course, the reason historians haven’t done so is probably the lack of distance. Is this subject still too recent for the discipline of history? Is the last decade of the twentieth century at least fair game, temporally speaking? I think so, and that notion is implicitly supported by the theme of an upcoming Canadian history conference. But even if all of the twentieth century is now in the playing field of academic historians, researching Canada’s past climate change diplomacy and policies would, I think, require access to governmental documents to be done well. And those documents likely aren’t going to be available any time soon.

Regardless, we can still identify some of the broad historical strokes of Canada’s international climate change policies. While Canadians like to think of themselves as altruistic foreign affairs actors, these policies undermine much of the good that Canada has done abroad. Of course, Canada’s self-proclaimed historical role as global white knight is greatly exaggerated anyway – after all, Canada’s penchant for multilateralism and peacekeeping has as much to do with self-interest as it does altruism. Come to think of it, in addition to climate change, Canada’s international positions can often be explained by their impact on the Canada-US relationship. Maybe that means if – and this is a big if – the United States get serious about climate change, Canada will too.

Daniel Macfarlane is an Associate Professor at Western Michigan University. He is also a Senior Fellow at the University of Toronto and an Associate of the L.R. Wilson Institute for Canadian History at McMaster University. Daniel is the author or co-editor of four books, including the recent Fixing Niagara Falls: Environment, Energy, and Engineers at the World’s Most Famous Waterfall. He is currently working on two book projects: a co-authored environmental history of Lake Ontario, and a survey history of Canada-US environmental and energy relations (from which this post partially draws).

Paehlke, Robert. Some Like it Cold: The Politics of Climate Change in Canada. Toronto: Between the Lines, 2008.

2 thoughts on “Towards a History of Canadian Climate Diplomacy”