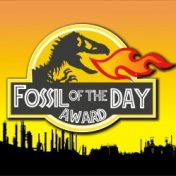 Daniel Macfarlane In 2013, Canada was bestowed the satirical “Lifetime Unachievement” Fossil award by Climate Action Network International in recognition of the country’s record of obstructing global climate change talks. This dubious distinction was well-earned by Stephen Harper’s Conservative government. But its Liberal predecessors and successors didn’t do much better when it came to actually reducing the country’s greenhouse gas… Read more »

http://activehistory.ca/wp-content/uploads/2021/01/History-Slam-174.mp3Podcast: Play in new window | DownloadBy Sean Graham Captain James Cook sailed with British Royal Navy through the middle of the 18th century, travelling to Newfoundland, where he made detailed maps, before making three trips to the Pacific Ocean. These travels cemented his place in the European historical narrative, as he was the first recorded European to land on… Read more »

Active History is celebrating its tenth anniversary! As part of our anniversary celebrations we are sharing glimpses of how Active History developed and showcasing our favourite and most popular posts from the past ten years.  2011 saw Active History posting on a much more frequent basis and sharing a wide range of posts including: “Resident Historians: Researching the History of… Read more »

By Elizabeth Vibert The people of Jomela village in eastern Limpopo Province, South Africa, feel like canaries in a coal mine. The local metaphor features a snail collecting ashes. When I last visited Jomela in April and May, sixty-five-year-old vegetable farmer Daina Mahlaule told me that home food gardens in the village produced “nothing, nothing at all” in the recent… Read more »

By Merle Massie So, I’m writing a book. What follows, for your January darn-it’s-cold-and-I’m-ready-for-something-kind-of-fun reading pleasure, is a primer (briefing notes) about the book. Given the growing recognition that Mother Nature remains strong and rather angry about human-induced climate change – kudos to everyone who spent Christmas with no power – I’m writing about human migration. Drawing lessons from families… Read more »

By Dagomar Degroot (this post originally appeared on Degroot’s personal website) Established in 1988 by the UN and the World Meteorological Organization, the Intergovernmental Panel on Climate Change (IPCC) is a scientific body that periodically summarizes the scholarly understanding of the world’s climate. In 2007, the panel’s fourth assessment report outlined in stark terms the likelihood of anthropogenic global warming. Since then,… Read more »

By Dagomar Degroot In recent weeks widespread outrage over the publication of Kate Middleton’s topless photos has existed in strange parallel with a decidedly muted response to a shocking acceleration of Arctic melting. While every day brought new stories of royal indignation and litigation to the front pages of major newspapers, concern over the plight of our increasingly topless planet… Read more »

As part of a small but growing number of environmental historians exploring the relationship between climatic changes and human affairs, Dagomar Degroot discusses how he is drawn into modern debates about global warming whether he likes it or not.

As the 2010 UN Climate summit in Cancun seems unlikely to make any significant advances, the green movement has been blamed for failing to convince the public that action on climate change is both urgent and necessary, in particular because of its refusal of technologies such as nuclear energy and geo-engineering. However, looking at a previous period of “boom and… Read more »

The G8 and G20 Summits are fast approaching.  G8 leaders will be meeting in Huntsville, Ontario at Deerhurst Resort on June 25, 2010; the G20 will be meeting in Toronto at the Metro Toronto Convention Centre on June 26 and 27. At a cursory glance, the G8, or Group of Eight, extends back to the 1973 oil crisis; originally called… Read more »