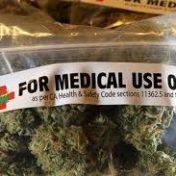 By Stefano Tijerina A commercial-scale medical licensing system involving a Canadian company with ties to Colombia is set to turn the image of widespread illicit pot growing in the Colombian countryside on its head. Canadians are well informed about the internal debates surrounding marijuana but they tend to be not as aware of the nation’s foreign policy and global strategy. The… Read more »

By Jonathan McQuarrie Prepare for an onset of advertisements asserting the cleanliness and quality of Canadian marijuana. As marijuana dispensaries emerge from informal networks towards formal supply chains shaped by storefronts and licensed growers, marijuana growers and retailers will increasingly have to sell their product on the basis of quality, cleanliness, and standardization. The process of formalizing the marijuana market… Read more »

By Phillip Smith I’m taking Prime Minister Justin Trudeau and the Liberals at their word that they are actually going to get around to legalizing marijuana, so my concern is not that they do it, but how they do it. I can’t claim to be familiar with all the intricacies surrounding how legalization is going to work up there, but… Read more »