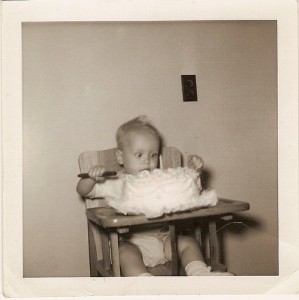 After launching last April, we actively began soliciting papers from contributors throughout the Canadian history community.  Initially, we suggested papers that concentrated on economic issues, as we were in the midst of the recession, although we quickly broadened our view for papers on any topic that might conceivably be of interest to Canadians, our target audience.

Papers were not forthcoming.  Christopher Moore, a popular Canadian history author and blogger, in fact, suggested that by simply soliciting papers on historical topics relevant to current issues we weren’t being very “active.”  He had a good point.  We had some promising prospects, but few papers materialized. Only in the last month have we been able to post an original Canadian history submission, a fascinating paper by Larry Glassford that traces the changing nature of history education through a survey of twentieth-century Ontario textbooks.

So, we realized we had to change directions in two ways.

First, we began expanding our scope to include global issues. This stemmed from interest that we received from the European historical community, perhaps reflecting a different conception of public intellectuals. For example, we published a paper by Gérard-François Dumont on the Berlin Wall, just in time for the twentieth anniversary of the wall’s fall.  Continuing the international vein, we have also published a paper by French scholar Yves Montenay, in which he compares Vietnamese and Cuban development since their respective communist revolutions, and an essay by David Webster on the use of historical memory in the heated conflict in Papau New Guinea.   Interestingly, we can see the specific search engine terms that direct readers to our site. These papers have received a fair amount of random web traffic, which helps expand our readership.

Our second shift was to move from formalized papers to blogging.  The web is filled with thousands of history blogs.  History News Network in the United States, for example, is a great site that features commentary by leading historians on contemporary issues.  We hoped to find a niche as a blog that focused primarily on presenting a historical perspective to Canadian issues.  ActiveHistory.ca’s five-person steering committee embarked upon a formalized blogging schedule, which has slowly but steadily expanded into a circle of regular and guest contributors.

The biggest challenge that our website faces is the degree to which we have connected academic historians and their work with wider publics.  Although we don’t know exactly who visits our site, we assume that a majority of our audience are academics or fellow history bloggers.  Indeed, one downside of our shift towards blogging is that this has in some ways moved the site away from our original goal of accessible academic papers for a general audience to more of an internal conversation with other Canadian and international history blogs.

We’ve recently introduced a book review section – featuring reviews of academic works by non-academics – as a further means to increase traffic and engage with a broader public audience.  Our first review, John Horn’s rollicking review of Craig Heron’s Booze: A Distilled History, carries with it much promise for the future success of this initiative.  While Horn’s review certainly highlights the strengths and limitations of the book, its style is accessible, engaging, and perhaps most importantly, it is truly a fun read.  Perhaps, then, academics ought to be connecting with people outside the academy not only to teach and share their research, but also because of what academics themselves can learn through this process.

Alongside this, we’ve begun using social networking tools such as Facebook and Twitter. The former has helped us reinforce our internal discussions, while the latter has helped us market in a broad yet random manner. These mediums have so far been somewhat successful in attracting a relatively diverse group of people to our site.

We hope ActiveHistory.ca will continue to expand its readership and serve as a conversation space for people of diverse backgrounds who believe the past is important to our individual and collective lives.  A full-length version of our presentation at the Activism and the Academy conference is available here.

2 thoughts on “One year of ActiveHistory.ca”