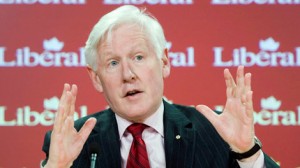 Can one leader single-handedly sink an entire political party? Having recently spent time discussing election issues while knocking on doors in my riding, I was surprised to learn that some Ontarians would answer this in the affirmative, pointing specifically to Bob Rae. Time and again I witnessed a similar reaction during this campaign: “Oh, I’ll never vote NDP!” Oh, why not? “Bob Rae!” (Insert door slamming here.)

I would like to suggest that this sort of reaction is misinformed. My purpose here is not to offer a defence of Bob Rae; on the contrary, I am highly critical of his leadership record. Rather, I would like to address the faulty logic that Bob Rae can be conflated with the current New Democratic Party.

Bob Rae rose to leadership in Ontario during hard economic times. Following Brian Mulroney’s re-election in Canada in 1988, and the negotiation of the Free Trade Agreement between Canada and the United States, the Canadian economy became much more closely linked to the value of its currency. In the midst of the recession of the early 1990s, the value of the Canadian dollar skyrocketed, leading to a decline in Canadian exports and jobs.

Industrial Ontario, long the beneficiary of protectionism, was hit hard. It was within this rocky economic climate that Bob Rae, a centrist voice within the New Democratic Party, was elected as Premier in Ontario in 1990.

Rae’s popularity declined dramatically between 1990 and 1995, even among traditional NDP supporters. He reneged on his campaign promise of public auto insurance, and instituted the Social Contract and its highly unpopular “Rae days,” causing the party to lose much support from organized labour. Tuition fees more than doubled during his leadership; the Canadian Federation of Students has been a vocal critic of his track record and more recent support for unregulated tuition.

Rae resigned as leader of the NDP and MPP in 1996. He resigned from the New Democratic Party in 1997, later returning to his Liberal roots. Yet to date the NDP has been unable to regain a significant presence in Ontario provincially or nationally. This was evident in the most recent federal election, where a majority of Ontarians opted out of the “orange wave,” cementing a Conservative majority. Conservatives were quick to play the Bob Rae card in an effort to stifle support for the NDP.

Yet a political party, particularly a democratic one, is much more than a single part – especially a former part. There have been more successful records of NDP governance in other provinces, not the least of which includes the leadership of Tommy Douglas, while examples of bad leadership can be found across the political spectrum.

In spite of this, too many Ontarians that I spoke with during this campaign were largely unable or unwilling to differentiate between the NDP and Bob Rae, refusing to accept that different leaders may have different visions, goals and practices. Expanding our frame of reference beyond our direct lived experience is critical in making informed decisions that affect our future.

It would be ludicrous for me to refuse support for the Conservative Party of Canada because I did not like John A. Macdonald’s National Policy. The Conservative Party today is a very different organization from what it once was, not least because it is now a main proponent of free trade. Indeed, much of the change within this party has taken place within lived experience. So too have the priorities and philosophies of the Liberal Party and the NDP changed over time. The measure of a party ought not to be weighed by its past alone; the leadership and platforms each party presently offers needs to be accessed in as fair, balanced and open a manner as possible. A party should also be judged not only on its leadership, but its responsiveness to its membership, and more importantly, its electorate. Democracy should not begin and end at a polling station once every four years or so.

The NDP made minor gains in Ontario in the 2011 federal election, increasing their seats in the province from 17 to 22, while the Conservatives won an overwhelming 73 seats. Surely some of these cast votes were rooted in informed decision-making. However, I hope those who voted against the orange wave simply because of the spectre of Bob Rae will reflect more carefully on our political system in the future. History can be an important guide for our future, helping us to avoid repeating mistakes of the past. But history is not the sole determinant of the present and future.