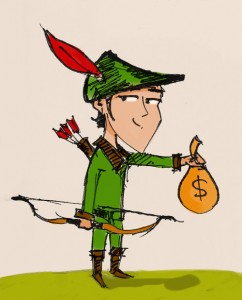 At risk of a credit rating downgrade, Ontario is grappling with the task of closing a presumably skyrocketing debt in the coming years. In search of creative ways of closing this fiscal gap, the Liberal government has been remarkably uncreative in its proposed solutions. Most notably, the proposed budget is void of new or progressive revenues, and is decidedly austere in design. Plainly, with artificially low interest rates, and deficit resulting from the economic downturn of 2008-09, the Liberal government seeks to cut essential public services. Let there be no mistake that Ontario’s financial standing is not in any way the result of over-spending on essential services. Quite the opposite is the case. Per capita, Ontario spends less than any other province on public services. This tells the story of highly efficient programming and servicing.

So far as anyone can tell, taxation is as old as any form of organized rule. As the old adage goes, there are two things certain in life, taxes and death. For some, the former option is considered even more dreadful than the latter. Why are taxes so objectionable? Taxation can be seen to have matured from the days of the terrible Sheriff of Nottingham. Taxes have become more progressive in design, wherein bigger earners are subject to a greater rate, while a lower tax burden falls on those least able to afford them, although in recent decades taxes have increasingly been shifting onto middle income earners. Tax revenue is collected and used by the government in a myriad of ways, most importantly as an apparatus for providing services that improve people’s quality of life. Many of these quality of life issues are such that we take them for granted, and rarely think of while we access them on a daily basis. Indeed, I would move into a higher tax bracket if I had a nickel for every time someone said health care and education are free in Ontario.

If the people in Ontario utilize these tax-provided, efficiently run services, why are we opposed to a nominal tax increase? The short answer is we’re not. More and more public opinion polls demonstrate an earnest acceptance of tax increases to maintain public services and to make smaller the ever increasing equality gap in Canada. Why is the Liberal government balking at this green light for continued peace and stability in our public sector? One can only assume there is political gain for “Strong Action” in the budget, as it is coined. In Ontario’s last election, the Progressive Conservative Party in their epic failure of a campaign labelled Dalton McGuinty the “Taxman”. In the previous two elections, the majority Liberal government flopped on promises to not raise taxes. One wonders if this attack was anti-taxation, or anti-political-untruthfulness. Regardless, it can be left to the reader to speculate whether the negative campaigning proved to be successful. What remains is a minority government in the midst of an identity crisis that has forgotten all traces of its Dr. Jekyll persona.

As we consider a budget in Ontario intent on austerity, we are well served by acknowledging the follies of cuts under the Harris/Hudak government. Two notable consequences were marked by preventable, tragic deaths. In Walkerton, safety standards and qualified staff were compromised as a direct result of public service cuts. The incompetence and relaxing of standards these cuts encouraged remains the catalyst for this disaster. Less than a year later, and not many kilometers away, austerity struck again in Sudbury. After imposing a 40% cut in social services, rules were stiffened to punish the minute fraction of recipients deemed to be committing fraud. A young, pregnant Kimberly Rogers, seeking a diploma, received both student assistance and Ontario Works, something acceptable prior to the changes. Ms. Rogers was made into an example; she was sentenced to house arrest, receiving an income so small (eighteen dollars per month after rent), even the basic necessities of life were beyond reach. In the midst of a sweltering heat wave, under house arrest in an apartment with no air conditioning, Kimberly Rogers was found dead. In both of these tragedies, adjudicators have drawn direct and culpable cause and effect relationships between public service cuts and a dangerous decline in health and safety.

The Ontario New Democrats are negotiating with the Liberals to create a more responsible budget; they have sought feedback from the people of Ontario, incorporating this directly into budget revisions. They have proposed tax credits for creating jobs to help Ontario recover from the recession, along with removing the HST from household essentials like home heating and hydro. They have also proposed modest increases to Ontario Disability Support, offering people in dire circumstances much needed relief from impoverishment; this increased support will funnel directly back into the economy, again aiding in recovery. They have argued that this can be financed with a two percent income tax increase on those with annual earnings of five hundred thousand dollars or more each year.

On the advice of economist Don Drummond, advice not substantiated by many of his peers, the Liberal government argues we are facing a debt that could double in the next five years. Forgotten are the days of surplus prior to the economic downturn of 2008. Forgotten too are the causes of the recession, which has little to do with public service spending. Under the guise of an economic lag, the Liberal government is opposed to considering new and progressive revenue sources. Furthermore, they seek to decrease spending, which will undoubtedly increase our debt load, actions historically proven to prolong recession. The Ontario Liberal Party is decidedly on a path bordered by the very worst of Rae’s “Social Contract” and the destructive days of the Harris/Hudak regime. Ontario’s choices are not as few as it seems. It is entirely possible to avoid a credit rating downgrade, maintain important public services, and seek out new revenue sources that will strengthen our economic recovery. One can only assume that resistance is, like so many other decisions, driven by political opportunism. As we watch history repeat itself, let’s remember the disastrous consequences of austerity cuts in Ontario.