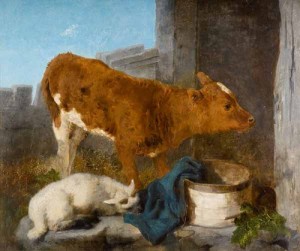 One of my favourite rural Canadian moments occurred when I was a child attending the International Plowing Match. I was standing with my parents in front of a pen that held two young calves, when a young girl yelled “Look at the sheep, Mom!” The girl was at least eight years old and apparently didn’t know the difference between a sheep and a cow. My farming childhood mind was boggled. Looking back, perhaps the girl simply misspoke and really meant to say cow. However, the incident serves as a glimpse into why community agricultural fairs and large agriculture events like the International Plowing Match matter.

So what exactly is the International Plowing Match (IPM)? The IPM is an annual event hosted by the Ontario Plowmen’s Association in conjunction with a local plowing association. This year’s International Plowing Match and Rural Expo is being held September 18-22 in Roseville, Ontario. Exhibits, demonstrations and contests at the IPM focus on farming technology, the showing of farm animals, homesteading, and of course plowing. The IPM is kind of like a community agricultural fair on steroids. It includes much of the same content as a local fair but on a larger scale and with greater abundance. 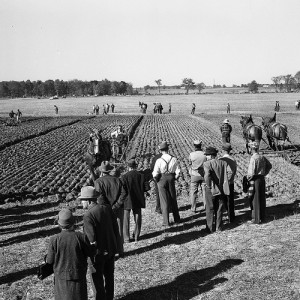 The IPM focuses not only on current and upcoming agricultural technologies but on historic farming techniques and traditions. Demonstrations and displays focusing on traditional agricultural methods can provide people of all ages with exposure to Canada’s past. Old tractors, barn construction, heirloom vegetables, preserves, and handmade products such as knitting made from real sheep wool are some examples of the type of traditional agricultural items displayed. The IPM also emphasizes education at its annual event through the inclusion of 4-H clubs and subsidies for school groups.

Canada grew out of a very rural farming based society, which many people know little about and even fewer have practical exposure to. It is one thing to read about how pioneers churned butter and hand harvested wheat. It is an entirely different thing to watch or actually churn butter yourself. Agricultural fairs allow for first hand learning through demonstration and practice.

Krista McCracken is an Archives Technician at Algoma University’s Shingwauk Residential Schools Centre.  She is a co-editor at Active History.

One thought on “Canada’s Farming Roots: Agricultural Fairs and Education”