Join in this series of participatory talks on topics that highlight how perspectives on movie monsters, war and product pitching in Toronto have evolved from the 1920s to today. 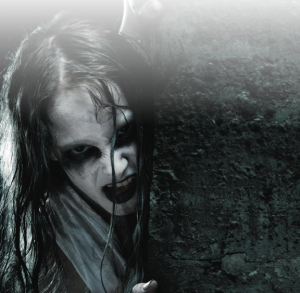 “Vampires in Film: A Reflection of Our Social Consciousness” by Kelly Michael Stewart, host of the popular monthly series, “Fright Nights at the Projection Booth”
Horror films have always been a reflection of society’s norms, fears and values.  This is particularly evident in the cinematic use of vampires, which often pits “normal” society against the ever-changing “deviant” vampire.  From the post war fears showcased in the silent classic Murnau’s Nosferatu (1922), to exploring changes in modern views on sexuality and relationships on the HBO show True Blood, vampires in cinema provide not only a psychological snapshot of mainstream society at the time but also of the moral boundaries and what is lurking just on the fringes.

“Symbolism in the Zombie Metaphor, 1968-2013” by Andrew Watson, PhD candidate in the department of history at York University
Zombies have come to occupy a very prominent spot in North American popular culture. This popularity has spilled over into other aspects of everyday life, making zombies a reoccurring metaphor. As a sub-genre of post-apocalyptic stories, since WWII zombies have reflected society’s concern with crises such as political conflict, social and cultural change, and economic decline. Yet, since the crystallization of the modern zombie in George A. Romero’s Night of the Living Dead (1968), zombies have also contained an under-current of environmental anxiety in addition to political, social and economic anxieties. This talk will trace the rise in the popularity of zombies by correlating the growth in the number of zombie movies produced since 1950 with certain moments or trends of environmental anxiety since WWII. By examining the imagery contained in George A. Romero’s zombie films, as well as several twenty-first century zombie films, this presentation suggests that the popularity of zombies tells us a great deal about how we have coped with environmental anxiety in the past. 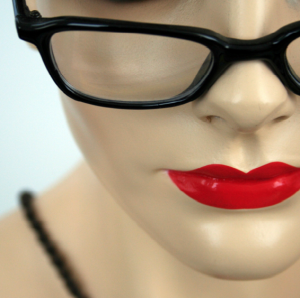 “The Birth of Modern Advertising” by Ann McDougall, Toronto-based writer, arts educator and museum professional
The interwar period brought major changes in consumer behaviour, driven by economic boom (and later collapse), the explosion of 20th century media, and the changing roles of women. This lecture will explore the emergence of visual communication in advertising, the influence of new technology and media on marketing strategy, and the men and women who shaped the consumer culture of the modern age.

“A Golden Era for Advertising: How Will the Next 20’s Roar?” by Jayne VanDusen, professor of Advertising and Marketing Communications Management at Algonquin College
Advertising in the 1920’s broke new ground by focusing on the desire for social acceptability and encouraging men and women to reflect their lifestyle and status with the “right” brands. Today’s advertising industry has really not strayed far from that approach. The differences lie in the nature of today’s markets, new media channels, and the ways in which digital technology can change the conversation and the rules of engagement. 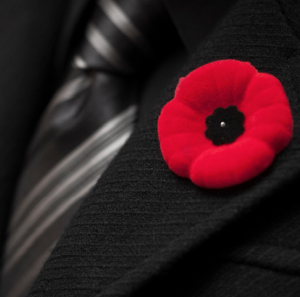 “From Cenotaph to Cyber-Memorial” by Jonathan Vance, professor, Department of History, University of Western Ontario
Vance  will survey the changing landscape of Great War commemoration in Toronto, beginning with the generation for whom it represented devastating personal tragedy and bringing the story up to the 2010s, when the war is an abstraction. How has commemoration sought to convey the reality of loss, and how can modern forms of commemoration connect later generations with that reality?

“Regime Change: The Conscription of Canadian History in the Age of Harper” by Ian McKay, history professor at Queen’s University
Canada is a country founded upon war, and the central events of its history have been wars. Without soldiers, none of our freedoms would exist–and soldiers are, quite properly, the key heroes of our history. Every year Canadians should gather, repeatedly, to celebrate the heroes who have fallen in our country’s wars, each of which, from the 1850s to the present, have been fought to advance British liberty throughout the world. Questioning these truths is an indication of ignorance of Canadian history at best–or active disloyalty at worst. Today, we are engaged in a struggle for the soul of Canada, against all those who since the 1960s — in the name of Quebec, feminism, the ‘rights’ of minorities, and so on — have diverted Canadians from their true essence, which is standing up as warriors for freedom.
These are some of  key theses of “Harperite History,” now promulgated in the country’s official public histories, taught to prospective Canadian citizens, enthusiastically repeated on the mass media, diffused through magazines and state museums, and increasingly predominant throughout the complex of myths and symbols that constitute “Canada” as its citizens are instructed to imagine it. Are these theses true? Should they be promulgated by the state? What are the costs of ‘thinking Canadian history’ according to the regime’s official script? How can this ‘new nationalism’ be understood and countered?