While there is perhaps nothing more satisfying that eating a couple (okay, six) freshly baked cookies right out of the oven or a steaming poutine purchased at 1:30am on the streets of Montreal, most of us are also acutely aware that many dangers also lurk in our favourite foods. Breathless warnings of a national “obesity epidemic” alone might be enough to make us regret eating that entire poutine or those six cookies, but what about the risk of salmonella, e-coli, listeriosis, Mad Cow disease or hepatitis A lurking in everything from that salad you had for lunch (to make up for the late-night poutine) to that sad looking ham sandwich you foolishly picked up from the conference table at work yesterday? And what role should the state play in ensuring our access to safe and healthy foods?

These kinds of questions are, of course, not new and – as the two talks below attest – need to be understood in relation to larger historical changes in the relationship between “Food and the Public’s Health.” How, for instance, can we understand obesity as a contemporary public health problem without understanding how rates of obesity have changed over the past century? And what can we learn from the successful efforts to eradicate bovine tuberculosis in the early twentieth century, particularly in light of contemporary efforts to combat something like Mad Cow disease? The two talks provided below provide some important answers to these questions while giving us some valuable insights into the relationship between the past and present of public health.

To listen to this talk, click here (or save by right-clicking and selecting ‘save file as’) 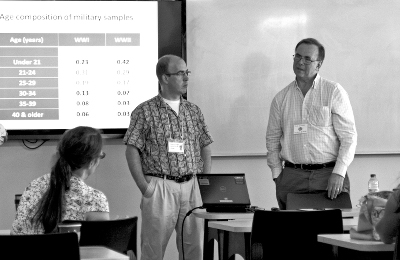 In their talk, Kris Inwood, Lindsey Amèrica-Simms and Andrew Ross attempt to understand the historical origins of what is often (controversially) called the modern “obesity epidemic.” In particular, they examine the Body Mass Index (BMI) for 40,000 Canadian male soldiers measured between 1914-1918 and 10000 soldiers measured between 1939-1945 in order to identify the broad contours of BMI change in Canada over time. In particular, they ask: Did our current trend towards higher and higher levels of obesity begin before the Second World War, or is it an entirely postwar phenomenon?

In order to do so, they establish for each period the relationship between age and BMI, and then investigate possible shifts in the relationship for more specific groups defined in terms of occupation and location.  Their goal, they suggest, is to establish the change in BMI and the extent to which it may be attributed to a changing experience of particular (a) ages, (b) occupations, (c) regions, (d) urban vs rural, and (e) the extremes of very high and very low BMI.  And in doing so they provide some important context for the current debate about the sources of long run obesity increase and, therefore, the policy choices that need to be made to address the problem of obesity more generally.

To listen to Lisa’s talk, click here (or save by right-clicking and selecting ‘save file as’) 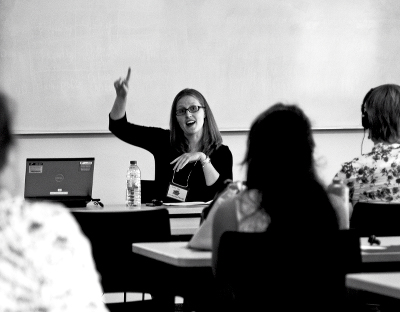 Outbreaks of diseases such as Creutzfeldt–Jakob disease (Mad Cow disease), swine flu and avian influenza (bird flu) over the past couple of decades have focused a glaring spotlight on the relationship between the environments where we produce our food and the problem of foodborne illnesses. As Lisa Cox’s talk shows, these outbreaks are not simply a unique product of our modern global food system – they also have deep historical roots.

In the late nineteenth and early twentieth century, Cox suggests, death lurked in the cups of thousands of Canadian children. Bovine tuberculosis (M. tuberculosis), a strain of tuberculosis transmissible from cattle to humans, infected thousands of children through milk tainted with deadly bacteria. As Cox shows, the quest to eliminate this threat involved treating milk itself through a vigorous campaign to introduce pasteurization to the country. While this in itself was a long and arduous process, Cox points out that a larger transformation was taking place simultaneously on the nation’s farms. Beginning in 1895, the Canadian government began an active campaign to rid the nation’s herds of bovine tuberculosis. It would take several decades and millions of dollars to achieve and Cox explores how this was accomplished. She argues that the eradication of bovine tuberculosis was as much a bureaucratic achievement as it was a scientific one. The science of bovine tuberculosis, although scientifically researched throughout this period, was fairly well established by the late nineteenth century. It was thus the bureaucracy of disease control, which would undergo significant transformations until its ultimate form that saw the eradication of bovine tuberculosis.

One thought on “Food and the Public’s Health”