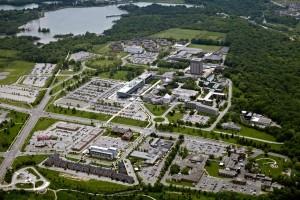 Between May 24 and 30, Brock University in St. Catharines, Ontario, hosted the 2014 Congress of the Social Sciences and Humanities. For three of those days the Canadian Historical Association held its annual meeting. This was my third year attending the CHA and I have to admit that it’s always an interesting experience. Between meeting people for the first time, seeing old friends, attending panels, and checking out the myriad of non-CHA events (Hello My Cousin Vinny’s in Niagara Falls!) the three days somehow manage to simultaneously go by really quickly and really slowly.

That dynamic was particularly evident for me this year as I spent the four days preceding the CHA at the 2014 Berkshire Conference on the History of Women. I very much enjoyed my time at the Berks  – there was an energy to the Berks unlike anything I’d ever experienced – but, when combined with the CHA, it led me to wonder if the limited resources available to those of us who study history are best spent on conferences. Between email, Skype, and the seemingly countless other digital options, I can’t help but wonder if the work being done in conference sessions could be replaced.

The problem with that, however, is the presupposition that the value of conferences lay exclusively in the panels, keynotes, and other ‘official’ events. Things like the beer tent, Cliopalooza, and the brief interactions between panels all have immense value. The opportunity to have genuine human interaction is fun – particularly after spending the better part of the past few years breathing in dust at the archives. For instance, putting faces to the names you know from Twitter is great. There are also the stories of book and article projects that were born out of conversations had at conferences. Those are the things that can’t be replaced.

In this episode of the History Slam, we recap the CHA Annual Meeting and Congress 2014 while addressing the future of conferences. We bookend the episode with Madeleine Kloske and Aaron Boyes, two conference rookies. I chatted with them before we left for St. Catharines and following the festivities. In the first part we discuss their expectations of Congress and their feelings about presenting for the first time. In the final part, we discuss how their experience compared to their expectations and the overall usefulness of conferences. In the middle I talk with Jonathan McQuarrie from the University of Toronto. We compare the CHA and the Berks, chat about the value of conference presentations, and discuss his research on the history of tobacco.