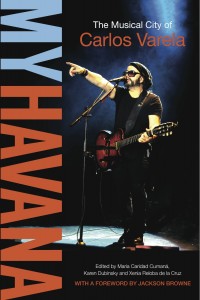 “If you want to learn anything about the history of this country, you have to start listening to Carlos Varela.” This advice, offered by a colleague who was helping me make my way through a Cuban film archive a decade ago, proved remarkably true. I arrived in Havana in 2004 to research child migration conflicts. But what I also gained was an appreciation for music as a form of social history. Cuba’s Carlos Varela, about whom I’ve just helped to edit a new anthology, has become not only a much-loved musician but also my favourite Cuban historian. He’s a testament to one of the many truths sung by Bruce Springsteen: “We learned more from a three minute record, baby, than we ever learned in school.”

Good musicians can be great historians because they take us places that only the poets can go. Varela’s music charts the emotional landscape of city of Havana, as well as the dreams and disillusionments of his generation: those who inherited but did not build the Cuban Revolution of 1959. He performed one of his signatures, “The Sons of William Tell,” for the first time in 1989 in the venerable Chaplin theatre in Havana. It instantly became a generational anthem, because it imagines how William Tell’s son grew tired of being target practice for his dad. For decades, Cuban audiences have sung along to the chorus – “William Tell, your son grew up, he wants to shoot the arrow himself” – leaving no doubt that this is a piercing commentary on the arrangement of Cuban political power. His decision to record a live version of the song underlines its importance as what one Cuban journalist termed “our hymn of independence.” On the recording, the sound of a huge theatre singing along builds to a roar when the son tells William Tell “it was now his turn to place the apple on his own head.”

Varela sings about the stuff of newspapers and textbooks: immigration conflicts, the US blockade, Cuban state censorship, post-Soviet world politics. But he does so with the musicianship of a virtuoso (alternately rock, folk and jazz) and the imagery of a poet. Unlike Varela’s Cuban fans, I don’t hear the traumas and dreams of my youth narrated in his music. Rather, I have found evocative and instructive examples of epic poetry. The 1961 child migration scheme Operation Peter Pan – the topic I initially came to Cuba to research ten years ago – forms the backdrop for one epic, “Jalisco Park.” Images of empty playgrounds, flying airplanes, and absent friends tell the story of Cuba caught in the Cold War in the 1960s.

Do governments that rely on direct political censorship produce better artists? I had been studying Varela’s lyrics for months before I fully caught the significance of this line, which begins the song “Politics Don’t Fit in a Sugar Bowl”:

A friend bought a 59 Chevrolet
He didn’t want to change any parts, and now it doesn’t move.

One of Cuba’s old American cars, for which the island is famous – stands as a metaphor for what happens when one doesn’t change or update things (cars, Revolutions) that were built in 1959. In this case, the metaphor hides in plain sight.

Varela’s historical vantage point is the neighbourhood. He’s the historian of those who observe, experience, and feel, but never seem to make historical change. The collapse of the Soviet Union and the economic cataclysm it unleashed on Cuba are recounted in the rapidly changing imagery and fast pace of “Now That the Maps Are Changing Colour,” which features burning books, falling walls, empty markets, beheadings, and missing money. “Robinson” employs the image of Robinson Crusoe to symbolize Cuba’s place in the post-Soviet world – “alone, on an island, like you and I.” “Checkmate 1916” tells the story of the Cuban Revolution as a footnote to a game of chess in 1916 between Lenin and Tristan Tzara: “Sometimes I have a feeling that I was a game piece, and that chessboard was my city.” That Cubans are bystanders to their own history, whose main protagonists are elsewhere, is a theme repeated in “Robinson” (“in this game of history, we are only playing dominos”) and more recently in “Backdrop”: “we discover only in the end that we’re nothing more than a backdrop.”

Not all of Varela’s observations are cloaked in metaphor. “Baby I don’t know what’s going to happen, if the lie dresses up as the truth,” he sings in “Hanging from the Sky” – a song he performed, incidentally, for a million people at peace concert in Havana’s famous Revolution Square in 2009. Political leaders are sometimes a direct target. In “The Woodcutter without a Forest,” Varela sings: “in the region of His Majesty, everyone repeats what the King says.” In Backdrop, he sings directly to the Revolution from the perspective of middle age: “I gave you my youth and my heart, and in exchange all you gave me was a world full of stages and silly clowns.”

The duplicity of politicians is matched by all manner of deceptions. In Varela’s Havana, vendors sell newspapers that announce there will not be a cloud in the sky, and then promptly take cover because they know rain is coming. “There are robbers that hid inside your room, and they hide themselves in our books, in the newspapers and in the television,” he declares in “Everyone Steals.” 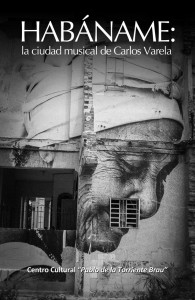 A decade later, a random comment by my Cuban colleague in the film archives, about Varela’s importance, became a book. It was easy find people who shared the opinion that Varela’s thirty-year career merited serious reflection. Our book came out in Cuba last February during the Havana Book Fair, and the English version will be launched this fall in Kingston and Toronto with concerts by Varela and his band. Contributors include Cuban music scholars, U.S.-based musicologists, the former British ambassador to Havana, for whom Varela was a similarly instructive guide to the heart of Havana, and the US musician Jackson Browne, who also counts himself as a fan. A small army of friends helped to translate the lyrics into English.

Returning to what is, for me, more familiar ground after this Cuban research, I now think about Canadian history differently. Canadian historians such as Ryan Edwardson and Stuart Henderson have done some great thinking in this country about how music – to paraphrase Simon Frith – doesn’t just reflect people, it produces them. Steffen Jowett has just completed “No Quiet Revolution: A Sonic History of Montreal, 1965-1975,” an innovative dissertation on 1960’s Montreal that illustrates beautifully how urban soundscapes – of which music is just one part – can reveal the depths and complexities of stories or conflicts we thought we already knew. I recently re-encountered Gordon Lightfoot’s “Canadian Railroad Trilogy” and better appreciated what a testament it is to the progress narrative of settler colonialism. That “green dark forest” “too silent to be real” awaiting the improving gaze (and apparatus) of Europeans; it’s hard to imagine a more fitting soundtrack to Canadian imperial dreams. I always hated that song, now I better understand why.

“What does history sound like” is a surprisingly simple question, which can yield some terrifically interesting answers.

My Havana: The Musical City of Carlos Varela (University of Toronto Press) will be launched on October 30th at 7:30pm in Kingston at the Isabel Bader Theatre for the Performing Arts and on November 2nd at 8:00pm in Toronto at Lula Lounge .