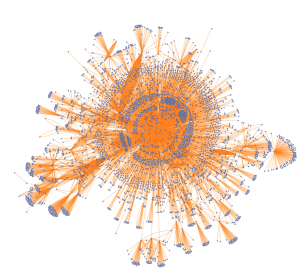 When we started up ActiveHistory.ca way back in 2009 (!), we did it with a pretty simple vision in mind: historians were producing good scholarship, but it was inaccessible. It was inaccessible for a few reasons: sometimes we don’t exactly write for a general audience (we’ve been guilty of dropping jargon around this site too, I know, but we try), and even if you wanted to read most of what we do, you’d have to pay. Books are a relative bargain – you can get an academic paperback for $20-35 dollars. Articles are not a good deal in comparison: one-offs are around $25. We figured a free website would be one way to reach people, and I think we’ve tapped into an audience here.

Well, maybe ActiveHistory.ca’s got some more competition on the block, thanks to a great new policy from the Social Sciences and Humanities Research Council, or SSHRC. SSHRC’s the federal granting agency that helps support research in Canada: historians apply to it with our project ideas, and generally around one in five of us get good news. That sounds low, and alarmingly it’s dropping, but it’s high enough that your average historian employed full-time at a university can hold out some hope that they’ll get it. All that is to say: SSHRC has some power, because they give us money, and money speaks.

When SSHRC talks, we’re forced to listen. And on Friday, February 27th, they spoke. And when SSHRC speaks, I tweet:

Big deal: all SSHRC-funded projects need to have peer-review publications open access within a year of publication. http://t.co/tXRLP3mRDd

It also applies to our science and engineering colleagues, who are funded by the Natural Sciences and Engineering Research Council (NSERC), and our health researcher colleagues who get their funds via the Canadian Institutes of Health Research (CIHR). CIHR actually had an earlier version of this.

What does this mean? Right now, if you want to read an article and you’re not part of a university that subscribes – let’s say you want to buy my article about Optical Character Recognition – you’d go here and see that you’ve got to pay. $13 USD to be exact, or $16.39 Canadian. This charge to read the article reflects in part the work that’s gone into it: an editor, perhaps remunerated by a small stipend or course release, has shepherded it through peer review, it’s been copyedited, laid out, proofread, printed into bound copies, mailed to subscribers, and so forth (some wonder, of course, how many people buy individual copies – it’s probably also driving institutional subscriptions). I don’t disagree, and actually use this example because it’s a prime example of how the journal process improves scholarship (the final version is something I’m proud of – the draft version, not so much).

But, if you pay that $16.39 for my article, in a way you’re paying twice: your tax dollars supported my work on it, and then you’re paying again. Given our goal is to fund scholarship that helps effect change and such, this is a bad thing. In the future I will need to provide an open access version for the public to read.

But! Aha, you say. Nobody outside the academy wants to read your article on OCR, Milligan. Fair enough. But scholarship that spurs national interest is also locked away, as Andrew Smith noted in a post about Ian Mosby’s nutrition experiments article.

What does this mean, then, for Canadian scholarship and your ability to access it?

For scholars who receive SSHRC money effective 1 May 2015, they’re going to have to do the following:

The public should be happy. More and more research is now going to be accessible to them. Not all of it is going to be written in a way that’s fun to read, some of it’s boring, but – to be completely candid – a lot of historical scholarship is actually entertaining, interesting, and makes important historic points.

Now all we need is for SSHRC to fund more of us, so we’re forced to get more and more of our work out there…