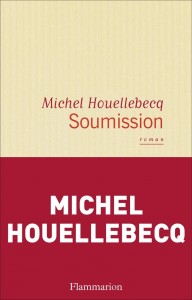 Even today, literary fiction can still provide an ideal entry point into historical studies. Although this might seem like stating the obvious, one has to recognise that the increasing overspecialization of history as a discipline has hindered the ability and/or willingness of many historians to explore universes outside of their respective fields. Nonetheless, it is clear that some historians still consider themselves engaged intellectuals – Active History provides almost daily examples of such attempts to transcend the limits of historical study.

But in addition to reading and rereading classics (and non-classics), paying attention to present-day fiction can also help historicize the present. Now, for methodological and conceptual reasons, historians tend to let several decades pass before exploring a subject. These precautions stem from the unavailability of some archival materials and from the need for hindsight. That said, such precautions should not prevent historians thinking about our day and age, or engaging in intellectual exercises. In that regard, French author and contrarian intellectual Michel Houellebecq’s latest book, Soumission, constitutes an ideal guinea pig for an experiment of that type.

Soumission came out on January 7, 2015, on the same day as the Charlie Hebdo shooting. As a result, the media’s focus on the Paris shootings certainly stifled the controversies that would have surrounded Soumission, had nothing else of note happened that week. Nonetheless, the state of crisis the country was in did not prevent the book from selling out in less than a week. This is not surprising, as Houellebecq has been one the most successful French novelists of the past three decades. His previous novel, La Carte et le territoire, earned him the Goncourt Prize, the most prestigious literary award in France, in 2010. Houellebecq’s works are also notorious for sparking controversies. For instance, Plateforme, his third novel, kindled lengthy debates on the topic of prostitution and greatly contributed to characterizing the author as a reactionary.

Soumission takes place in the near future, before, during, and after the 2022 presidential election. The book follows François, a bitter, lonely lecturer at the Sorbonne, as he witnesses the victory of a moderate Islamist party (the Muslim Brotherhood) in the runoff election. After beating Marine Le Pen’s Front National with the help of all the other parties, Mohammed Ben Abbes (the leader of the Muslim Brotherhood) forms a coalition government. The latter soon decides to desecularize the education system and to introduce the Sharia. Though wary at first, François eventually accepts to regain his lectureship at the Sorbonne (now owned by Saudi Arabia) and to convert to Islam – not just for career purposes but also out of his interest for polygamy. Indeed, the aspect of Islam that appeals to him the most is the possibility of having three or four simultaneous wives. 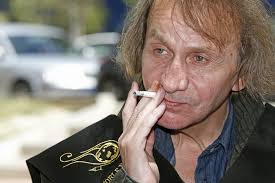 François is, like many of Houellebecq’s characters, an antihero. He is cowardly, self-absorbed, and misanthropic. But most importantly, François is a Joris-Karl Huysmans (1848-1907) specialist. One of France’s most prominent naturalist and (later) decadentist writers, Huysmans is a complex, multifaceted author. He is generally remembered as a cynical, pessimistic novelist whose later works recommend redemption through religion (read Catholicism). François’ area of specialisation, then, is not a subplot, but a key to understanding the novel and François’ (and probably Houellebecq’s) views on Western civilization and its fate.

In that regard, Soumission simultaneously attempts to reflect and to blow on the embers of some European citizens’ fears of a Muslim takeover. Those fears are certainly not new, as they belong in the narrative of the “barbarian invasions,” which have taken multiple forms from the Middle Ages onwards. Today, however, the threat is no longer the Ottoman Empire or any other national entity somewhere in the Orient. To many European nationalist parties, the danger now comes from the increase in Muslim immigrants and the (real or perceived) growing popularity and visibility of Islam on the continent. Indeed, such parties as the Front national, the Italian Northern League, and the Freedom Party of Austria see Islamic beliefs and practices as serious threats to Western civilization. While it is unlikely that any of those parties will ever gain a majority of the votes, some have already participated in coalition governments or obtained pluralities in national or local elections.

Thus Soumission should be read as a symptom of cultural identity crisis. In 1961, the German historian Fritz Stern published The Politics of Cultural Despair, a book that explored the lives, opinions, and achievements of three late nineteenth/early twentieth century German intellectuals: Paul Anton de Lagarde, Julius Langbehn, and Arthur Moeller van den Bruck. Their fiercely anti-modernist, anti-liberal, anti-rationalist, nationalistic stances led Stern to see them as having anticipated the popular discontent that led to the triumph of Nazism. Although seeing Houellebecq as a twenty-first century replica of those three intellectuals would be a gross exaggeration, he belongs in the tradition of the literature of cultural despair.

Finally, one might argue that Houellebecq is not a pure product of our times. His antics, whether by proxy of his characters or in the course of interviews, have probably more to do with the role of doomsayer he assigned himself on the French literary scene than with the current Zeitgeist.What is of interest to historians here is his perspective on Huysmans and his reenactment, in our time, of the positions he held in late nineteenth-century France. The strong presence of Huysmans in Soumission constitutes a clear assertion by Houellebecq of his supposed literary kinship with that author. Soumission is also in line with another of Houellebecq’s works, a literary critique entitled H. P. Lovecraft: Against the World, Against Life, which came out in 1991. Another anti-liberal, anti-modernist writer, Lovecraft had some influence on Houellebecq. Although their works belong to two radically different literary genres, they both share a certain dislike of their respective societies, which they see as corrupt, mediocre, and on the verge of collapse.

Thus Soumission is only partly a product of its time. It is part of Houellebecq’s probably conscious decision to play a role: that of the talented, albeit antiheroic writer. Whereas most historians do not consider history to be cyclical, Houellebecq attempts to shape contemporary literary history by artificially creating another cycle of cultural despair. His endeavour, then, is tantamount to role-playing, to re-enacting (in his own way) the trajectories of those he sees as his forerunners. Though not exceptional in itself, Soumission is, in addition to being a novel of its time, an example of the present historicizing itself. Houellebecq thus seems to conceive of his work both as an echo of past masterpieces and as something that future historians will see as having mirrored the fears that riddled the first decades of our century.

One thought on “Literature and History: Michel Houellebecq’s Soumission and the Politics of Cultural Despair”