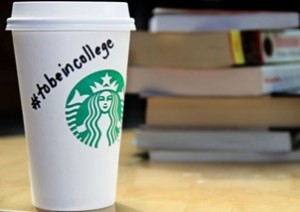 Welfare capitalism is back in vogue. Earlier this month Starbucks announced that it will expand an existing company benefit program that offers university tuition coverage to Starbucks workers. The expansion of the program, a plan to extend these benefits to 23,000 workers over the next decade at a cost of $250 million, will target “opportunity youth,” i.e. unemployed 16- to 24-year olds. While this is an innovative move on Starbucks’ part, it is also a move that brings to mind and joins together interesting historical precedents in American working-class, corporate, welfare, and education histories. This small announcement by a big corporation is the spindle from which I will unravel threads of a discussion of the history and possibility of social democracy in the United States. My argument is that historic American commitments to welfare capitalism and to public education spending, and the revival of both in the Starbucks’ announcement, may hint at a dormant social democracy in US society and politics today.

In the fall of 1893, George Pullman, who made millions manufacturing the famous railway cars that bore his name, savagely cut the wages of his Chicago-area work force. He did so only shortly after his company joined others in firing tens of thousands of workers amidst one the worst economic depressions in US history. Pullman workers and their families lived in the company town, also called Pullman. When George Pullman refused to reduce the rents of the workers whose wages he had just slashed — by up to 50 percent in many cases — they joined the American Railway Union (ARU) and went on strike. By June 1894, the Pullman strike had spread into a general strike in Chicago and had triggered a national sympathy strike in which 260,000 railway workers walked off the job, suspending completely or curtailing significantly rail service in more than 50 percent of US states and territories. It would eventually take an order from President Grover Cleveland that mobilized federal troops to break the strike, which by July national newspapers were describing as nothing short of an attempted insurrection against capital and the state.[2] The Pullman strike was but one bloody culmination in but one wave of confrontations between labour and capital that rocked the United States in this era.[3] 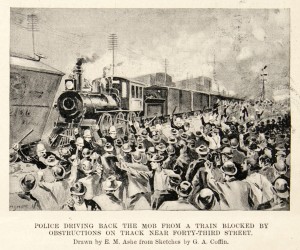 One thing that American capital learned from the events leading up to the Pullman strike, and the events that followed it in particular, was that organized workers had become a force potentially as powerful as corporations. Capital took many steps to erode the power of the working class. Amongst other things, corporate presidents reasoned that contented workers would not join in general strikes against capital and insurrections against the state. The best way to make contented workers was to offer them a modicum of benefits. Instead of charging for lodgings at a small profit, like Pullman did, corporations began to do things like subsidizing their workers’ home purchases through home savings plans. The people who helped capital to develop this idea and others like it, that is social scientists and members of reform organizations such as the National Civic Federation, created what is called “welfare capitalism.” In the beginning, welfare capitalism was a form of welfare that corporations and other employers offered to their workers. It included benefits like old-age pensions, life insurance, free medical treatment, and sports clubs, social activities, and adult education programming.[4]

Welfare capitalism manages existing demands workers place on capital. But welfare capitalism can also generate totally new and unanticipated worker demands that are felt by capital — and by the state. Historian Michael B. Katz argued in his book Improving Poor People, that when corporate-delivered welfare capitalism provided workers with only limited gains, organized labour did not take its problems to the top-floor offices of company presidents. The working class moved horizontally, carrying their demands to the more egalitarian floors of state legislatures, using, Katz wrote, the “innovations pioneered by capital as bargaining chips in the construction of a private welfare state.”[5]

The United States has never had a social welfare state. People used to think this because the United States never established the sort of universalist welfare state that some European democracies did. But what historians, political scientists, and other scholars now think is that people have simply failed to recognize the existence of a welfare state in the US because of this welfare state’s uniqueness.[6] Adopting services that resembled, or elaborated, welfare capitalist measures, state governments formed the national welfare state in patch-work fashion by creating government-funded old-age pensions (at first for war Civil War veterans), passing workplace injury compensation laws, and by providing unemployment insurance and mothers’ pensions.[7] These measures were often designed to create the conditions for mainly white Americans (usually men) to help themselves — Horatio Alger-like — to rise up from poverty and out of ignorance. The US welfare state (its supporters liked to think anyway) provided a hand up, not a hand out. One of the most important hands up was public education.[8]

Prior to about 1950 the United States had the best public school system in the world. By about mid-century, American government expenditures on public schooling were as large as expenditures on all other welfare state programs combined. The high school participation rates for American youth were twice what they were for European youth. “Public schooling…,” historian Tracy Steffes writes in School, Society, & State, was “perhaps THE major … public response to tensions between democracy and capital.”[9] It was the familiarity Americans had with welfare capitalism in part that led them to demand the creation of the abundant American public school system.

The funny thing about demands for expanded educational opportunity is that these demands often grow in the same soil as social democracy. When we search for the origins of the one, we often end up digging around the roots of the other. Historians of education have pointed to the error that historians of welfare have made when they have characterized the American commitment to public education as a sign of liberal or middle-class values, not working-class demands.[10] In fact, social democratic parties and large segments of the working class in several different nations have long made access to education, and equality of educational opportunity without fetters of racism, sexism, or class bias and income barriers, major political issues.[11] 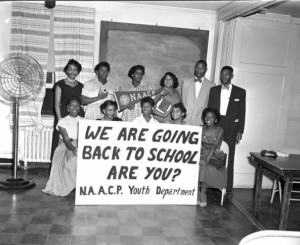 Admittedly, this has happened less often in the US than elsewhere. But is has occurred in the United States in specific historical circumstances, something that Ira Katznelson and Margaret Weir observe in their book, Schooling for All. And while American schooling has often been riven by gender, class — and especially racial — inequalities, working people’s movements have on different occasions also put access to public education near the top of their political agendas.[12] So have African Americans, even more so in fact. (Although they have sometimes faced off against working-class whites trying to restrict access to education and opportunity to whites by denying education to blacks.) African Americans demanded equal access to schooling and quality education for black youth both before and after the famous Brown v. Board of Education de-segregation cases of the mid twentieth century. Indeed, African Americans had to struggle even more determinedly than working-class whites for educational access and opportunity, demonstrating blacks’ deep commitment to these causes.[13]

Oddly enough then, the white working class as well as African Americans (and others undoubtedly as well) enjoy a sort of latent familiarity with social democracy. It comes to them through their familiarity with schooling as a potential source of opportunity and, in a more remote sense, with welfare capitalism as one source of public schooling.

If we return to the coffee shop where we began, it is now possible to make an interesting observation. In a country that is usually known for right wing politics, and for unencumbered exercising of corporate power, it is fascinating that the scatterings and seedlings of working people’s demands and social democracy can still be found strewn amidst legacies of welfare capitalism and educational history– at Starbucks of all places. The history of social democracy in the United States is largely the history of what did not happen[14]; but it is also the history of what might have occurred. The growing conditions for social democracy have been there in the past. The seedlings are still there today. American social democracy may yet germinate in a new spring.[15]

Jason Ellis is Assistant Professor in the Department of Educational Studies (Society, Culture, and Politics in Education) at UBC, and English book review editor for Historical Studies in Education/Revue d’histoire de l’éducation.

[1] I wish to express my thanks to Ryan Matheuszik for sharing the Forbes article that got me thinking about these topics in relation to one another, and for his suggestion that I write about them as well.

[7]Katz, Improving Poor People, 49-50. As feminist historians such as Molly Ladd-Taylor and Nancy Kessler-Harris have pointed out, these welfare state measures were gendered. They were linked closely to the male breadwinner ideal, with men the main recipient of measures aimed at waged workers, and women the recipients of often more paltry measures aimed at homemakers and mothers. Molly Ladd-Taylor, Mother-Work: Women, Child Welfare, and the State, 1890-1930 (Urbana: University of Illinois Press, 1994); Nancy Kessler-Harris, In Pursuit of Equity: Women, Men, and the Quest for Economic Citizenship in 20th-Century America (Oxford: Oxford University Press, 2001).

[11]Ira Katznelson and Margaret Weir, Schooling for All: Class, Race, and the Decline of the Democratic Ideal (New York: Basic Books, 1985), 5-8. For Canadian examples, see Jean Barman, “‘Knowledge is Essential for Universal Progress but Fatal to Class Privilege’: Working People and The Schools in Vancouver During the 1920s,” Labour/Le Travail 22 (Fall 1988): 9-66; J.S. Woodsworth, “Public Education and Social Change,” Teachers College Record 4, no. 34 (1938): 216-218. Ken Osborne points out, correctly I believe, that Canada’s left parties, such as the C.C.F. and N.D.P., have focused on access, but have tended to overlook curriculum which they have allowed to remain liberal and capitalist in orientation. Ken Osborne, Educating Citizens: A Democratic Socialist Agenda for Canadian Education (Toronto: Our Schools/Our Selves, 1988).

[15]The reference, which many readers will recognize anyway, is to Émile Zola. Zola, Germinal (London: Penguin, 2004).

2 thoughts on “Starbucks: Welfare Capitalism, Public Education, and the History and Possibility of American Social Democracy”