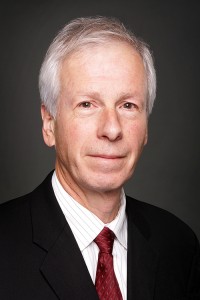 Foreign minister Stephane Dion is taking flak for approving the sale of military light armoured vehicles to Saudi Arabia despite that country’s human rights record. Dion’s response implies that Canadian restrictions on arms exports are tough, with an emphasis on ensuring that weapons made in Canada are not be used against civilian populations, and links it to what he calls the guiding principle of his foreign policy: “responsible conviction.”

The debates are evocative of the year that Canada entered the arms export business, 70 years ago. Restrictions on arms exports are not tougher today than they were at the creation of an arms export business. Reflecting on debates over military sales in 1946 and 2016 suggests that human rights are not necessarily becoming more central in policy making over time. If anything, policy makers in 1946 seem to have been more scrupulous on avoiding sales on human rights grounds, and more restrictive about selling arms that might be used, than the policy makers of today.

So how did Canada get into the arms export business, anyway? The tale goes back to the aftermath of the Second World War. Prime Minister Mackenzie King’s government was prepared to allow surplus military equipment to remain with allied governments in Europe, and to provide military goods to the United States and Great Britain. But when it came to selling to less reliable governments, and those who might actually use the weapons, King’s cabinet was more scrupulous. Cabinet approval was needed for any military sale, no matter how small, to any country other than the United States and Great Britain. The minutes of cabinet meetings are full of discussion about possible sales, and always included a question as to whether the arms were likely to be used. Cabinet held to a policy spelled out by Prime Minister Mackenzie King that “great care should be taken with respect to all sales of weapons and supplies of war to foreign governments.” If a country was at war, if it intended to use the weapons for anything other than re-equipping its defensive forces, or if there were questions about human rights, sales tended to be refused or not even submitted for cabinet consideration.

The first proposed sales to any country other than Britain and the United States, and the first consideration of whether Canada should export arms for profit, came in 1946. Test cases were the Netherlands and China. A closer look at these two cases shows what was on the minds of cabinet ministers and their officials: a concern to make sure Canadian-made armaments did not end up being used in wars, not even by Canadian allies, and especially where this might offend Canadian public opinion on human rights grounds.

The Dutch wanted six million 30-calibre cartridges and four million magazines from Canada to re-equip their army. These were supplies Canada had on hand. Indeed, the Canadian army that had liberated the Netherlands in a Second World War offensive had already agreed to transfer surplus military equipment to the Dutch government as it tried to get back on its feet. Cabinet – which had to approve the sale of any military goods – saw no objection.

Selling frigates to the Republic of China was another matter entirely. Although the sale of ten or eleven surplus Canadian frigates would net Canada some $2-million – more than triple what the Dutch were paying for cartridges and magazines for their army in Europe – and although Ottawa clearly sympathized with Chiang Kai-shek’s Republic as it fought a civil war against Chinese Communists, the decision was not to sell. The frigates “might be used in civil warfare.” Canada, cabinet agreed, should not take an active part in helping one side in a civil war. The government first blocked sales to the Republic of China in cases where Canadian-made arms “might be used in civil warfare” (emphasis added). The following year, again citing a desire not to fuel China’s civil war, cabinet imposed a full arms embargo on China on the recommendation of External Affairs Minister Louis St. Laurent.

China, it should be recalled, was a US ally, fighting desperately (and unsuccessfully) to stave off a Communist insurgency. This came during the early Cold War, an ideological battle as existential as today’s “war on terror.” Yet Canadian arms sales decisions came down on the side of refusing to risk any support to one side in a conflict.

The restrictive policy applied equally to a close Canadian ally, the Netherlands. Later in 1946, the Dutch purchasing commission in Canada applied to buy 10,000 Sten submachine guns with 100,000 magazines. This sale proved controversial because it was intended for use in the Netherlands East Indies. There, the Dutch were trying to re-assert control of a former colony they had lost to Japanese invasion during the Second World War. The difference was that in 1945, nationalists in the Indies had declared independence under the banner of the new Republic of Indonesia. Officials in Ottawa worried that the Dutch security forces might use these arms in “police action” against Indonesian nationalists. Canada would not oppose colonial wars, but it would try hard not to fuel them.

Consequently, policy makers in Ottawa were reluctant to supply the arms to even such a close Canadian ally as the Netherlands. “We have no reason to believe that Canadian public opinion would support such a sale, nor would it be in the Canadian interest to make the sale,” commented the Canadian Commercial Corp., the body handling such sales. “These 10,000 Sten sub-machine guns for use by the police force in the Netherlands Indies would undoubtedly be employed in ‘pacification’ of the native population…. At best Canadian supply of these arms to the Dutch would be misunderstood by some. At worst the Canadian Government might be subjected to severe domestic and international criticism for supplying these arms, and such supply might prejudice for a long time our commercial relations with the Indonesians.” This decision did not even make it to cabinet: the Department of External Affairs rejected the sale, adding that no other sales to the Netherlands East Indies would be approved.[1] Documents pointed to possible anger by trade unions and others opposed to the Dutch colonial war against Indonesian independence. Ottawa feared public opinion – and public opinion was mobilized on human rights grounds against the Dutch colonial war in Indonesia. After months of debate, it was agreed to supply technical drawings to let the Dutch manufacture their own Sten gun ammunition. The compromise represented a commercial sacrifice and a classic diplomatic compromise, avoiding offence to either the Dutch government or pro-Indonesia supporters in Canada.

The earliest debates on Canadian arms sales, then, revolved around reluctance to fuel conflict or provoke a backlash within Canada. Arming the Dutch in Europe was fine; arming them in Asia, where they were fighting against an independence movement was not. No more so was arming the Chinese government as it fought, with United States support, to defeat a communist challenge. The Dutch East Indies and Chinese authorities were both under fire from global public opinion for their human rights records. In neither case was the Canadian Liberal government of the day prepared to supply weapons. In both cases, the government erred on the side of caution – if arms might be used, then their sale would be refused. In Indonesia, the Dutch were forced to agree in 1949 to recognize Indonesian independence. The same year, Chinese communists won the civil war and declared a People’s Republic.

Seventy years later, there are still debates in Canada that balance the desire for commercial gain against the stated Canadian policy to closely control arms sales to countries “whose governments have a persistent record of serious violations of the human rights of their citizens, unless it can be demonstrated that there is no reasonable risk that the goods might be used against the civilian population.”

The burden of proof has now shifted. Stéphane Dion’s statement justifying his decision to issue arms export permits for the light armoured vehicle sale to Saudi Arabia lays out the case: “Different versions of this military equipment were provided by Canadian companies to Saudi Arabia since 1993; our best, and regularly updated, information indicates that Saudi Arabia has not misused the equipment to violate human rights…. Should I become aware of credible information concerning violations related to this equipment, I will suspend or revoke the permits.” Dion added a rousing statement of principle: “We have decided to honour this contract, which provides thousands of jobs for Canadian families, and be more vigilant than ever about human rights. That is responsible conviction.”

If the early debates on arms sales are anything to go by, Canada is far less vigilant on human rights than it was in 1946. Perhaps Canadian industry is much more in need of foreign sales than it once was. Perhaps official Ottawa has become more hard-headed in the pursuit of commercial self-interest. And perhaps it’s worth rethinking the Whiggish assumption that human rights have grown continuously more important over time in foreign policy making. For the arc of arms sales is long, but it seems to bend away from human rights.

David Webster is an Associate Professor of history at Bishop’s University.