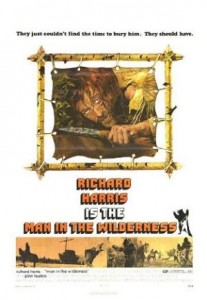 The fur trader and mountain man Hugh Glass – the heroic protagonist of The Revenant – has been captivating audiences for almost two centuries. The first known publication describing Glass being left for dead in the wilderness was written by James Hall in the 1825 edition of The Port Folio. There was a boom of interest in 1830s and 1840s, with other authors repeating Hall’s account and adding new information to the story. Even Alejandro González Iñárritu’s 2015 film (based on Michael Punke’s 2002 novel) is not the first cinematic depiction of Glass; another version of the story appeared as Man in the Wilderness (1971) starring the Oscar-nominated actor Richard Harris.

Given that the factual aspects of Glass’s life are spotty at best, ample room has been left for storytellers to embellish the details when weaving Glass into the historical tapestry of the fur trade. Of all chapters of his life, it is the brutal attack by a grizzly bear, subsequent survival against all odds and quest for vengeance that are the most captivating. Yet despite this core story, many elements of the legend have evolved over time.

Mountain men were the larger-than-life “heroes” of the fur trade. These men were portrayed as fearless, brave, daring, adventurous, and able to survive in a rugged, hostile environment with little more than their own ingenuity. They exemplified the western struggle of man against the wilderness and were typically solitary characters. As James Hall wrote of Glass in 1825, these men contentedly kept “‘bachelor’s hall’ in the wild woods.” These heroes appealed to the industrializing and “civilized” societies of Europe and North America of the nineteenth century.

Hugh Glass was the embodiment of the mountain man hero. Early accounts from 1830 and 1847 describe him as a “hardy adventurer” who “had more wonderful and hairbreadth escapes than any of the rough and hardy fellows who make the West their home.” It is likely that the grizzly bear attack took place in late summer of 1823 on the Grand River (present day South Dakota), while Glass was employed as a trapper for Ashley and Henry’s Rocky Mountain Fur Company. All accounts describe a struggle of epic proportions – pitting Glass and a grizzly in a battle to the death.

Early versions also revel in recounting the gory details of the struggle. As the bear tore “from the limbs and body of the unfortunate man large pieces of trembling flesh,” “literally bearing of flesh the bones of the shoulder and thigh,” Glass heroically shot and/or repeatedly stabbed the bear, who with “thick blood oozing from his wounds” and “streaming from its nose and mouth” eventually succumbed to its wounds. The portrayal of the grizzly bear attack in The Revenant is congruent with early accounts, portraying Glass’s legendary bravery and exquisite suffering in four and a half bloody, bone-crushing minutes culminating in the slain grizzly coming to rest on top of a barely-living Glass. 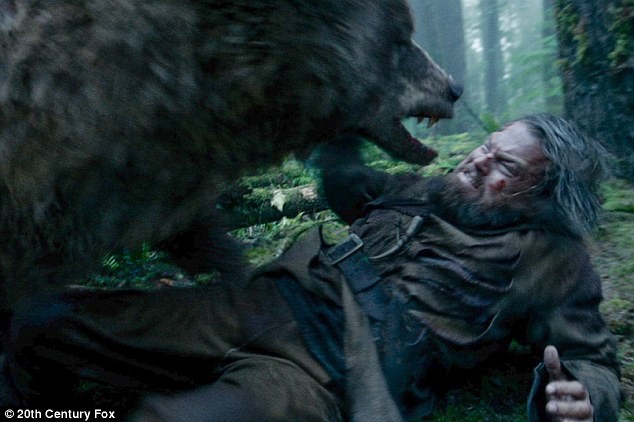 Accounts by Hall (1825), Cooke (1830) and Flagg (1839) describe Glass’s party treating him as best they could under the circumstances and showing surprise when he did not die from his numerous wounds. These authors describe the party as anxious to move on fearing attack from “hostile Indians” in the area, leading Major Henry to offer a reward to induce members of the party to remain with Glass until his death or recovery. Two men stayed with Glass for a number of days before abandoning him and taking with them his rifle, shot-pouch, and essentially all tools needed for wilderness survival. It is interesting that The Revenant closely follows these facts from the earliest written accounts of the Glass story.

However, after this point in the Hugh Glass legend, The Revenant differs from written versions of the nineteenth century. This divergence occurs around the inspiration for Glass’s quest for vengeance and the way in which vengeance is realized. In all early accounts, Glass is depicted as a solitary man; there is no indication he had a wife or children. Following the grizzly attack and his subsequent abandonment, nineteenth-century descriptions of Glass focus primarily on his gruelling struggle for survival. Revenge is a secondary story element and centres on Glass’ quest to exact “his vengeance on the actors in so foul a deed” as to leave him for dead. After discovering that his treacherous acquaintance had enlisted as a private soldier and was thus protected from retaliation, Glass’s thirst for vengeance was appeased simply by regaining his rifle and receiving other necessary tools for wilderness survival.

In the film The Revenant, although Glass’s physical struggle for survival is an important plot element, it is eclipsed by the narrative of his mental struggle to seek vengeance for the murder of his son Hawk (and arguably also to appease his emotional anguish for his murdered Pawnee wife during a U.S. Army raid). The notion of Glass as a family man emerged in the 1971 Hollywood film Man in the Wilderness. In this rendition (fraught with racist depictions of Native Americans), the rough and uncultured Glass is paired with a refined and pious white wife. After his young bride dies during childbirth, Glass leaves behind an infant son to join the Ashley-Henry trapping party. At the end of the film, Glass spares Henry (the focus of his vengeance in that film), in favour of returning home to his son to live happily ever after.

If heroes embody the qualities valued by a culture at a given point in time, what do these recent cinematic renditions of the Hugh Glass legend tell us about western society today? What purpose is served by introducing family into the Glass narrative? The world was a different place when the early accounts of the Hugh Glass story were published. When the first stories recounted Glass’s experience in the decades following the grizzly attack in 1823, the majority of Americans lived in rural environments, and even urban dwellers generally had closer ties to the natural world. Choosing to spend one’s life in the wilderness came with numerous risks. Surviving a brutal grizzly bear attack was an incredible feat, and encountering bears and other predators was a more common occurrence. 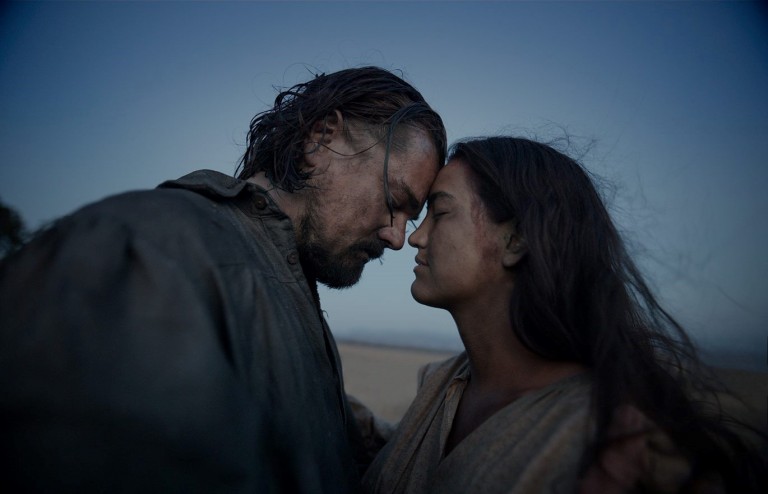 The added layers of emotional loss associated the killing of Glass’s aboriginal wife and his son Hawk in The Revenant make the story more compelling to an audience seeking entertainment in a movie theatre rather than the readers of newspapers and pamphlets in the 1820s, 1830s, and 1840s who wanted to learn more about the adventures to be had on the far western frontiers of their emergent industrial nation-state. The family narrative of The Revenant also speaks to our evolving awareness of aboriginal history and colonialism in North America, and to an increased recognition of the role that marriages between white men and aboriginal women played in the fur trade’s success. So we find ourselves with The Revenant’s version of Hugh Glass, the “modern mountain man,” a brave adventurer not only with incredible physical strength and fortitude, but also a family and ability to experience complex emotions.

Claire Kaufman teaches in the Environmental Planning Department at the University of Northern British Columbia.

Phillip St. George Cooke, “Some Incidents in the Life of Hugh Glass, a Hunter of the Missouri,” St. Louis Beacon, 2 and 9 December 1830.

George Ruxton, Adventures in Mexico and The Rocky Mountains (1847).