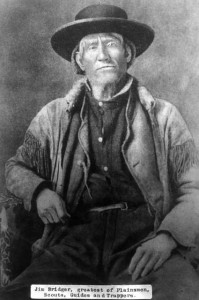 The Revenant’s trailer indicates that the movie is “inspired by true events.” True, the names of all of its main characters—Hugh Glass, Jim Bridger, John Fitzgerald, and Andrew Henry—are names of actual mountain men, and the movie is obviously inspired by William Ashley’s Rocky Mountain Fur Company’s brigade of 1823.

The claim that a movie is “inspired by,” “based on,” or is actually a “true story,” influences viewers’ perceptions of movies.  But in my opinion, moviegoers should assume that movies are works of fiction—not documentaries—regardless of any claims. I won’t belabor the fact that there is very little correlation between known historical events and The Revenant. Others have already done so.

I think it is more interesting to explore what historians know about actual events, so that viewers might be in a better position to review the movie as a work of serious fiction—something it was intended to be.

The Revenant is set in western North America in 1823—a pivotal year in the history of the western American fur trade. Although set in winter, the actual historical events took place between June and October. Hugh Glass was a minor player in the significant changes unfolding at the time.

Glass was about 40 years old in 1823.  He had been a trapper in the Upper Missouri and Yellowstone River regions as early at 1810. After Lewis and Clark made the region known in 1806, American trappers and traders attempted to gain a foothold in the Missouri and Yellowstone regions, but they faced relentless attacks from the Blackfoot Confederacy because Americans were there primarily to trap on their own behalf, rather than trade furs from them. The death rate of those American trappers was appalling, and Glass had had some narrow escapes before 1823. 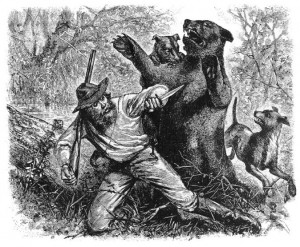 Americans faced resistance long before they reached Blackfoot country, particularly from the Arikara (Rees), villagers along the middle Missouri. The Arikara demanded tolls from those who passed their villagers, and Americans resented their demands.

Two Indian attacks explain why 1823 was such a pivotal year. On May 31, a large Blood party ambushed American trappers near present-day Billings, Montana after they had spent a winter trapping near the Three Forks of the Missouri. The Blood killed nine and wounded four. They could have killed the entire party of thirty-eight, but they were really after the booty, which they seized and brought to the Hudson’s Bay Company’s Fort Edmonton.

Then, on June 2, Arikara villagers attacked a party commanded by William Ashley’s Rocky Mountain Fur Company (including Hugh Glass), headed up the Missouri, killing fourteen, and shooting Glass in the leg. The skirmish at the beginning of The Revenant must be inspired primarily by that June 2 affray, although in many respects it more closely resembled the May 31 attack. (Thirty-three men died in the opening battle in The Revenant, but Glass was not injured.) That historical June 2 battle was significant because it touched off what one historian has called “the first Plains Indian War.” In that war, the Arikara fled their villages.

According to the earliest account, Glass was mauled by a grizzly bear in a small thicket near the Grand River, on the plains of present-day South Dakota during the early summer, not in a mountainous forest in early winter. Most of The Revenant is set between the time Glass was left for dead and October, when he appeared at Fort Kiowa. What actually happened to him during that period remains—as Claire Kaufmann explains—unknown.

The development of the Rocky Mountain Fur Trade is also closely related to Mexican Independence (1821). Mexican independence opened Santa Fe, Taos, and other northern Mexican cities to Americans, and to a northern fur trade. The northern border of Mexico was at 42o N at the time, so the Rocky Mountain fur trade occurred in what was then the Mexican-United States borderlands. Perhaps that context helps explain why Alejandro Iñárritu was drawn to the story.

The place of the Rocky Mountain Fur Trade in the collective memory of Americans makes it the ideal setting for a Hollywood movie. Although the fur trade has a more significant place in Canadian history than it does in American, the Rocky Mountain Fur Trade has far greater role in western American mythology than the fur trade has in Canadian history.  Names such as Jedidiah Smith, William Henry Ashley, William Sublette, Thomas Fitzgerald, and Jim Beckwourth, are well known in the USA. 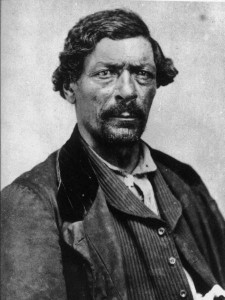 Incidentally, this last man—Beckwourth—was an African American former slave who was adopted into the Crow tribe. Beckwourth would make an excellent protagonist for a less “white” Hollywood movie. (The very minor unnamed Black character in the Revenant is probably inspired by Bekwourth.)

Fiction allows us to get at truths in ways that non-fiction cannot. Therein lies much of the power of serious fiction—and potentially of The Revenant—as some of the other papers in this roundtable suggest. Furthermore, in fiction we tell stories for their entertainment value in ways that non-fiction can’t. When moviemakers stray from known historical facts in stories inspired by “true events” they do so to tell a better story, and/or to explore particular themes.

Much of the commentary on The Revenant suggests that the setting of the film is merely a vehicle to explore themes intended to transcend the narrow story. In that respect, I’m surprised how few commentators have highlighted the significance of the sign posted by the French-Canadian trapping party “On est tous des sauvages” (We are all savages). Given that neither Iñárritu nor Hollywood are a particularly noted for their subtlety, one cannot escape the probability that Iñárritu  intended the inherent savagery of humans—or at very least, the nature of savagery—to be a central theme.

If so, the film is disappointing. A fur trade setting is perfect for exploring of the nature of savagery (whether European or aboriginal), basic human nature, and identity. The fur trade saw men (overwhelmingly) from European backgrounds loosed from most of the restraints of “civilization” experience the full-range of interactions with so-called “savages.” Countless documents from the fur trade that are far more reliable than those relating to Hugh Glass lend themselves to films that combine thrilling or poignant storylines with nuanced explorations of deeply human themes. Much that is contained in historical documents can “inspire” those who might wish to use the fur trade to explore timeless questions about humanity. By comparison, The Revenant explores its themes only superficially and simplistically.

Sage, Rufus B. Scenes in the Rocky Mountains, and in Oregon, California, New Mexico, Texas, and the Grand Prairies. Philadelphia: Carey & Hart, 1846, 117-18.

Cooke, Phillip St. George. “Some Incidents in the Life of Hugh Glass, a Hunter of the Missouri,” Scenes and Adventures in the Army. Philadelphia: Lindsay and Blakiston, 1857, 135-52.