A commercial-scale medical licensing system involving a Canadian company with ties to Colombia is set to turn the image of widespread illicit pot growing in the Colombian countryside on its head. Canadians are well informed about the internal debates surrounding marijuana but they tend to be not as aware of the nation’s foreign policy and global strategy. The national media and the government propaganda systems have historically constructed a narrative that limits people’s understanding of Canada’s role around the world and particularly in the Global South. The case of Canadian marijuana oil production in Colombia tailored for the Canadian medical marijuana consumer illustrates this point.

By looking at the legalization of medical and recreational marijuana from a transnational perspective one is able see a more holistic picture of the government’s strategy as well as the dynamics of the Canadian government-business partnership. Canada’s strategy in Colombia debunks the idea that the legalization of marijuana is purely a local issue, questioning the essence of the policy as well as the long-term sustainability of the emerging industry. 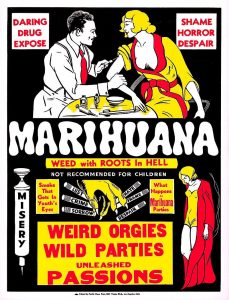 For those following the legalization of marijuana in Canada, the issue seems to be a local one. How is legalization going to contribute to economic development at the national level? Will the medical and recreational marijuana industry revitalize local urban economies and serve as a catalyst for new economic growth? Will it rejuvenate decaying local economies? Will it solve social and health problems? But the real question should be if marijuana would place Canada in an advantageous position, as a leader in the export and trade of this emerging global commodity? 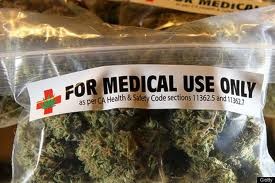 It is not commonly known that Canada’s oil-based economy was initially fueled by oil extracted by Imperial Oil, a subsidiary of Standard Oil of New Jersey, in Perú, Colombia, and Venezuela. A few scholars and policy makers know that Colombia’s oil and pipeline infrastructure was developed by Tropical Oil and Andian National Corporation, two Canadian subsidiaries that fell under the umbrella of the American oil corporation. Kruger Inc., the Montreal-based paper company, is a dominant player in Colombia’s paper industry operating under the name Papeles Nacionales. Canadian ship builders built the ships for the Colombian merchant fleet, Flota Mercante Grancolombia, back in the 1950s. Canadair was directly involved in the modernization of Colombia’s Air Force in the 1960s. Some Canadians are aware of current Canadian mining operations in Colombia and some might even know that Canada’s private sector has injected millions of dollars into the Colombian economy through Foreign Direct Investment, but very few know that Canada’s PharmaCielo is the biggest producer of marijuana oil in Colombia and the first company to obtain a production license overseas. 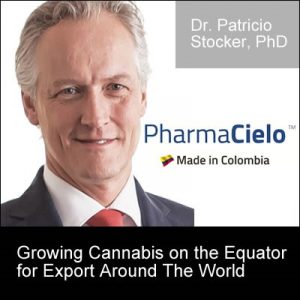 “Growing Cannabis on the Equator for Export Around the World.” Cannainsider.com, 2017.

If Harold Innis were alive he would probably incorporate marijuana into his staples thesis. Who would have imagined that the government-business partnership of the early 2000s would have envisioned marijuana R&D, production, and commercialization as a future engine of capitalist growth? Of course, Innis would have been forced to accommodate his thesis to the current dynamics of globalization.

The federal legalization of medical and recreational marijuana opens a door of opportunities not only for those entrepreneurs willing to capitalize on the development of an internal market, but also for those willing to capitalize on Canada’s bilateral and transnational relationships across the world. By allowing its businesses to trade marijuana products with other nations that have also legalized the commercialization of the commodity at the federal level, the government has created the optimal conditions for the implementation of first-mover strategies. PharmaCielo’s operations in Colombia illustrate how Canadian companies may challenge the “local” miracle model that is being advanced by policy makers across Canada.[1] 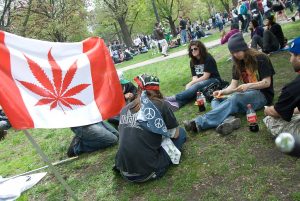 PharmaCielo’s leadership understood that the Canadian-Colombian bilateral Free Trade Agreement allowed the Canadian company to not only become a trendsetter and a first-mover in the market of medical marijuana oils, but a short-term monopoly in a market was relatively unexplored. Canada’s own domestic experience with the administration of the medical marijuana market provided PharmaCielo and others with the “know how” necessary to capitalize on this emerging commodity market. The company executives focused their efforts on a global medical marijuana market that could potentially reach USD 55.8 billion by 2025 instead of a more limited Canadian domestic market. They were also well aware that the Canadian recreational marijuana market may surpass the domestic “combined sales of beer, wine, and spirits,” reaching close to USD 23 billion once it is federally legalized. Knowing that their comparative advantage is their access to foreign resources that reduce their production and commercialization costs, and that could potentially give them an advantage over the Canadian domestic producer, PharmaCielo opted to establish a subsidiary in Colombia in order to capitalize on its advantageous position.

Its subsidiary, PharmaCielo Holdings S.A.S., was recently granted the first Colombian license for the cultivation of cannabis for medical sales, “becoming the world’s largest licensed producer.” Not only will this allow the company to control the Colombian market but it will also allow it to become a large supplier for the Canadian market and the global market. A Canadian company could become a key supplier in markets like the Netherlands, Spain, Portugal, North Korea, Uruguay, Peru, Jamaica, Australia, Switzerland, Argentina, Cambodia, Costa Rica, Czech Republic, Ecuador, Italy, Estonia, Mexico, Israel, and Germany where medical marijuana has been federally legalized.[2] 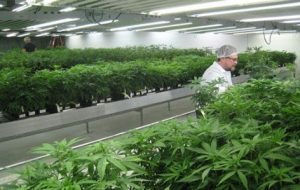 On the surface this is good news for the Canadian economy, since it allows Canada to become a key stakeholder in the expansion of the global commodity. The problem is that the bilateral trade agreement with Colombia allows the company not only to produce and sell the product in Colombia but also to export it to other countries where it is federally legalized.[3] The company’s eyes are not set on the Colombian consumer market but on the global market, and more particularly the Canadian market.

Capitalizing on Colombia’s warm climate, abundant rainfall, four growing seasons, and 12 hours of daylight all year long, the company will be able to produce “enormous quantities, at a very low cost.”[4] They project to yield at least “two million kilograms of dried marijuana flower per year, and as much as 250,000 kilograms of oil.”[5] With this comparative advantage they could easily outpace any domestic Canadian producer, eventually competing against local entrepreneurs, and city and provincial governments that are planning on federally regulated recreational and medical marijuana for long-term economic growth.

But what of the environment? Negative environmental impact will not be an issue at first because their growth capacity is still sustainable. But based on the company’s vision, agro-industrial production could become the norm, forcing growth regions to abandon current diversification of crop production and move toward exclusive marijuana production which could lead to sustainability problems.

The neo-colonial vision of capitalizing on Colombia’s cheap labor and low production costs for the mass production of marijuana is another sign of Canadian imperialism that parallels the recent scandals related to Canadian mining across the global market system. PharmaCielo’s global business strategy will eventually decrease the price of the commodity in the Canadian market, negatively impacting local business competitors and other directly or indirectly connected secondary businesses. In the long run it will be the transnational businesses that will benefit from the federal legalization of marijuana.

Shortages of supply, environmental impacts, and market inefficiencies are already predicted in Canada thanks to the research behind Bill C-45 (Cannabis Act). Growing capacity is limited because of climate, forcing Canadian production to indoor systems that are energy inefficient and that result in higher market prices. The carbon footprint is high and the dependency on electricity, water diversion, pesticides, and water contamination will eventually be unsustainable.[6] Therefore the option of producing overseas is more economically sound, even if it comes at a high human and environmental cost for countries like Colombia. This is the nature of globalization and the Canadian government-business partnership is well aware of how the game is played.

Eventually the PharmaCielo model will coexist with the domestic business model, but this  will become more and more dependent on transnational connections. In the end, the Canadian government understands that the domestic market is secondary and that the export market is the priority. Innis would be surprised to know that, within the structures of globalization, his staples thesis no longer depends on domestic production for exports but on foreign production owned by Canadian capital.

Stefano Tijerina is the Chris Kobrak Research Fellow in Canadian Business History and a Lecturer in Management at the Maine Business School at the University of Maine.