Last fall I had the good fortune to attend a regional workshop and conference on post-secondary teaching and learning, or as it now increasingly called: the scholarship of teaching and learning in higher education (STLHE). For me, the highlight of my weekend was watching a fawn walk in front of my car — seemingly without a care in the world – as I left Mount Saint Vincent University for lunch and some reflection. However, James Lang, the keynote speaker, was a close second. His talk was organized around a series of suggestions that were intended to make for more effective university-level teaching. His thinking was empirically grounded and focused on steps that could be taken with a minimum of fuss. It was also mercifully free of the buzzwords (like “learning styles”) that, to my mind, have done more to muddy the waters in discussions about university-level teaching than anything else. The rest of the conference was good too. It was lively, participants were enthusiastic and generous, and the sense of common mission – taking steps to improve university-level teaching – was palpable. I left wanting more. Perhaps, the fawn was a good omen. 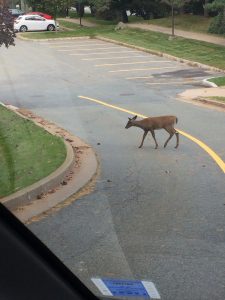 Later, as I drove home, I began to think about who had attended the conference. A broad range of disciplines were represented: literary critics, biologists, mathematicians, chemists, business professionals, kinesiologists, and a long list of others. Cognitive scientists and teaching centre staff were over represented, but as I thought about, that made sense. This was their gig. What struck me, as I thought about it, was that there were few historians in the room, at least in the sessions I attended. Why was this?

It is not, as sessions at the CHA, this series of blog posts, or even Active History itself illustrate, that historians are uninterested in the university classroom. Quite the opposite In fact, the debate that has periodically polarized this generation of historians is over what is being taught and what is being learnt. Moreover, as Daniel Ross’s recent post illustrates, historians have not been slow to adopt new techniques, materials, ideals, and media to the university history classroom. Said differently, the historical discipline is not populated with fuzzy old recalcitrant educators being pulled against their will into the future of teaching and learning. Perhaps, it is precisely the regular ongoing engagement with teaching and learning that is part of the historical discipline that explains why historians have, in Canada at least, not been key contributors to the scholarship of teaching and learning. In their own discipline, historians are addressing issues of teaching and learning all the time. Yet, the distinction remained. Even historians and history educators don’t seem to run in the same circles. Few academic historians, for instance, (and mea culpa!) seem to attend the Historical Thinking Summer Institutes.

What I’d like to do in this two-part blog is to argue that the scholarship of teaching and learning has something to offer historians as university-level instructors and, equally importantly, something to which historians can and should contribute. The STLHE will not revolutionize the university-level teaching of history. Our students will not all suddenly start producing A-level work. But, as James Lang suggests, it can contribute a series of small changes that enhance what we do in the classroom. In the next blog post I’ll suggest three of these small changes. In this post I’d like to focus a bit more about what the STLHE is and provide some resources, that I hope will be useful. I’ll also try to suggest how historians can and should contribute to the broader conversation of STLHE. 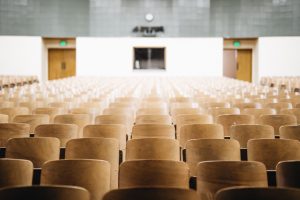 Photo by Nathan Dumlao on Unsplash

I am not an expert on the STLHE, but from what I can tell it is more than a bit of a broad grab bag. On its highest level it represents an effort to bring greater intentionality, evidence-based practice, and professionalism to teaching and learning. Put differently, the STLHE logics like this: we have a bunch of research from educators, cognitive psychologists, and others that clearly relates to post-secondary education. Why don’t we make use of this research? If we have studies that point to more effective ways to organize class time or more effective study habits or better testing strategies (better in the sense of contributing to learning objectives), why neglect these? This is the type of STLHE that interests me: what can I do, as an instructor, to improve my students educational experience and performance. What strategies can I use to help students learn more?

However, this is not all there is to the STLHE.  The STLHE addresses a broad range of topics, from teaching specific concepts to student motivations to problem-centered learning, among others. In short, the STLHE is an interdisciplinary field but one which simultaneously bears specific focus. Professional writing in the STLHE is affected by the disciplines that make the most sustained contributions. The role of professional educators and cognitive psychology, for example, is evident from even a quick review of its leading periodicals and that was my experience, too. Participants in the sessions I attended came from a variety of disciplines, but folks who taught skill-oriented courses (communications, reading, remedial science or math), along with staff from teaching centres, seemed over-represented.  Said differently, much of the discussion was valuable but also needed to modified for the university-level history classroom.

In my view,  this is a bit of a shame because, I think, historians have something to offer to the STLHE ,and they have, I might be so bold as to say, been offering it for some time, just in another guise.  The STLHE is not about separating good instructors from bad ones. Indeed, to attempt to make it about some sort of ranking of instructors or their techniques does a deep disservice to its goals. Let me be clear about this: the STLHE does not provide supporting scholarship that can be used to, say, justify denying tenure to anyone on the basis of poor teaching. It is about providing means through which post-secondary instructors can make their own work more effective. Here, historians teaching in universities could make two contributions.

First, we bring an historical perspective to the subject. The fact that the evidence suggests that certain classroom strategies or tactics can work better than others needs to be placed in a temporal perspective. Historians have seen, researched, and written about, the history of educational reform. Historians have written extensively about the changing roles and dynamics of higher education. Conceptions of effective teaching relate to their context and depends on how one thinks about other social objectives. What supposedly new ideas are actually not all that new? Where did seemingly new educational ideas come from? How are they connected to cultural, gender, political, and economic processes? In this regards, James Cairns’ fascinating new book, The Myth of the Age of Entitlement, provides important context when it comes to looking squarely at neoliberal post-secondary policies and their effects on higher education and its goals. In showing how changes to teaching can be linked to broader historical processes – in ways that both challenge and reaffirm neoliberalism – historians can contribute a different kind of voice to the STLHE.

Second, and again like Daniel Ross’s piece suggests, historians can contribute case studies to the literature. One might hope, in fact, that this series will stimulate more case study contributions. What have we tried that has worked? What has not? How have we measured that work? What excites our students? What does not? What skills are we trying to built in the classroom? What habits of mind do we seek to promote? What ethics do we strive to inculcate? How do we encourage students to think about issues from a temporal perspective the includes a range of contributing causal factors? How could we historicize our own context?

The need to address racialized and racializing dynamics of colonialism, for instance, and to respond to the Truth and Reconciliation Commission recommendations might serve as cases in point. Both orders of contributions I think historians can make to the STLHE involve a different set of educational objectives for higher education than were overtly being addressed even a few years ago. They involve different educational strategies, different voices, and different perspectives. This is something that is, from what I can tell, not on the agenda of the STLHE and it would be an important contribution of historians were to put it there.

Historians are used to discussions about post-secondary education. This series provides us with a chance to draw the university history classroom more directly to the forefront of our discussion. It provides an opportunity to forge a renewed conversation about post-secondary teaching and learning. In the process, I think, historians can and should do so in connection with the STLHE. Historians can learn from it and, equally importantly, make a contribution to it.

8 thoughts on ““Classroom Practices”: Historians and the Scholarship of Teaching and Learning”