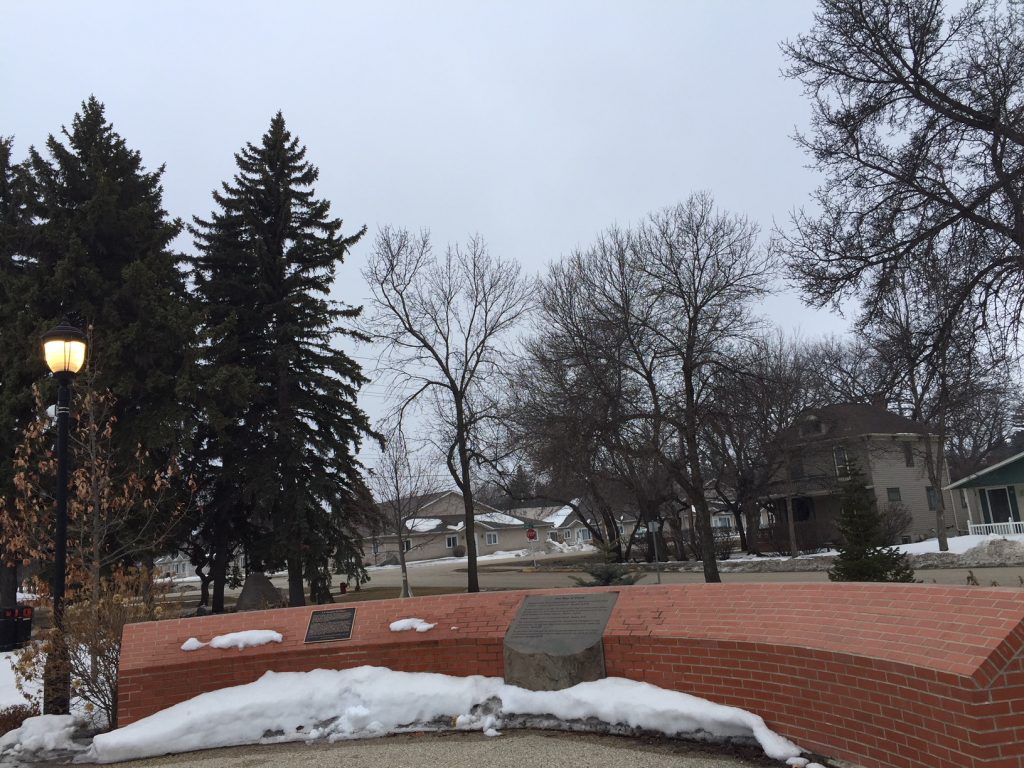 I am against removing statues of controversial figures from our history.  I think removals are misguided because they amplify rather than diminish the moral charge of public commemoration. Instead of removing monuments that might provoke emotional pain among some members of historically marginalized groups or foster moral unease in the consciences of Canadians with European ancestry, I propose that historians, communities and governments cooperate to find creative ways both to commemorate and to acknowledge the moral complexity of the past.

The role of Prime Minister Sir John A. Macdonald in developing and implementing the Indian residential school system, which until recently was not central to historical assessments of his career, has prompted civic leaders of Victoria, BC to remove a statute of Macdonald from outside the city hall.  There are strong moral and ritualistic components to removing Macdonald’s statue, as reported by the Vancouver Sun. Proponents feel that clearing away Macdonald’s image now will start to make amends for past wrongs, and so contribute to the city’s process toward reconciliation with First Nations. Victoria Mayor Lisa Helps, despite receiving graduate-level training in Canadian history, expressed shame not to have learned until recently about Macdonald’s role in the residential school system. Now that the statute has been removed, the mayor is promising that a ‘cleansing, blessing and healing ceremony’ will take place on the spot. In place of Macdonald, the city will put a piece of Indigenous art. Thus, the demon of Macdonald will have been exorcised from Victoria’s civic space.

The removal of Victoria’s Macdonald statute amplifies and simplifies the moral dimension of the complicated history of the Canadian state’s interaction with Indigenous peoples at the cost of the historical. The one-time hero is the now and future villain, or Psalm 118:22 played backwards: The head stone which the builders accepted has become the block their children refused to acknowledge.  Eradicating an offending statute also suggests that the past was a Manichean struggle between evil and good, victims and oppressors. Do those deemed today to have been oppressors only get judged by their worst actions? Eliminating morally and politically tainted statutes forecloses opportunities to present simultaneously complex views about the past, including contending interpretations of events or figures. The Canadian War Museum notes that the ‘effectiveness and the morality of bombing heavily populated areas’ in Germany during the Second World War are debated. The fact that Allied servicemen both saved civilian lives and took civilian lives surely does not mean that the cenotaphs that dot Canada’s urban spaces should be taken down.[1]

People and events were, and are, complicated. There are multiple moral and historical dimensions and significances to the same event and figure. Consider Canada’s longest serving Prime Minister, William Lyon Mackenzie King: in 1922, he overturned a popular ban on the immigration of Mennonites, Hutterites and Doukhobors from the Soviet Union, which saved the lives of three of my grandparents. In 1939, Mackenzine King’s government refused to provide refuge to German Jews. On which of these two facts should we judge Mackenzie King’s immigration policy as wicked or righteous?

Removing statues of historic figures or events that offend modern sensibilities is not the only way for a nation to come to terms with presently unpalatable aspects of its past. Communities, politicians and historians could make public commemoration more historical. A memorial in stone or bronze suggests finality, that it is the ‘last word’ on the subject. What if our approach to commemoration strove to become more provisional, open, and dialogical—even argumentative? A dialogical approach to commemoration might allow for the reality of complexity, including moral complexity, in our judgments about who and what we should honour and memorialize in public space. Let me give one example from a small prairie town in western Canada of what a more complicated, nuanced and commemorative culture might look like.

Founded by German Lutherans and Jews at the turn of the 20th century, by the 1930s the majority of Winkler’s population was composed of German-speaking Mennonites, a religious community committed to non-violence and exempt from military service. Very few men from Winkler served in the Canadian Expeditionary Forces during the First World War, but significantly more joined the armed forces in WWII. Young Mennonite men who enlisted faced excommunication from their churches. The price of serving King and Country for these young men was a form of social death at home. But from the perspective of their former churches, no political cause, however just, released Mennonites of Jesus’ command to love their enemies. The painful divisions provoked by the enlistments and excommunications lingered in Mennonite communities such as Winkler for decades after the war. There was no monument to Winkler’s war dead until recently. 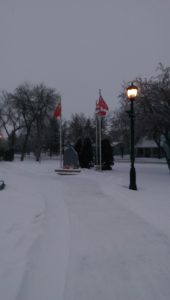 About ten years ago, the town decided to build a heritage park. Today along the park’s eastern side there stands a war memorial to Winkler’s one First World War and eight Second World War servicemen killed in action. On the park’s western side rests a low wall made of 3000 bricks, honouring the young men ‘from Manitoba [who] served God and Canada as Conscientious Objectors by doing alternative service’ during the Second World War. Two memorials, two very different experiences from the same events, a chasm of belief and conviction between them, but together in one park. For Winkler, it was not a case of one or the other; nor the case that both are the same—3000 is many more than nine. But both memorials are right, and both deserve to be there, in a public square, in contrast and contradistinction to each other.

Making our commemorations more historically sophisticated could lower the moral and political stakes in public discussions about how we should live with and in light of the past.  Erasing memorials to people we find morally troubling is not the only option. The sphere of public commemorations could expand both to honour the good and testify to the bad from our collective pasts. Commemorations could aspire to a less Manichean vision, one that avoids simplifying the past into heroes and villains. Of all people, surely historians should recognize that the past, like historical events and human beings, were and always will be morally complicated.  It would be useful and right to highlight that truth in our scholarship and for wider publics.

Matthew Neufeld is an Associate Professor in the Department of History at the University of Saskatchewan. He is the author of The Civil Wars after 1660: public remembering in late Stuart England (Woodbridge, 2013). He is grateful to the 15 April Hose and Hydrant audience, Linda Dietz, and Zacharie Leclair for comments on earlier versions of this essay.

4 thoughts on “Memory, History, Monuments, and Mennonites: Or, what Winkler, Manitoba might teach us about dealing with historical and moral complexity in public commemoration”