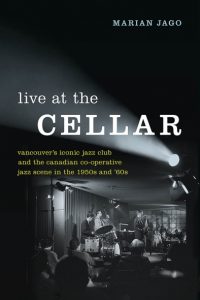 In this episode of the History Slam, I talk with Marian Jago about her new book Live at the Cellar: Vancouver’s Iconic Jazz Scene in the 1950s and ’60s. We talk about Canada’s jazz scene, the co-operative structure of the Cellar, and the type of performers who played at the club. We also chat about clubs in other cities, the counterculture movement of the mid-20th century, and Marian’s use of oral history.

Sean Graham is an editor with Actvehistory.ca and host/producer of the History Slam.

2 thoughts on “History Slam Episode 124: Live at the Cellar”